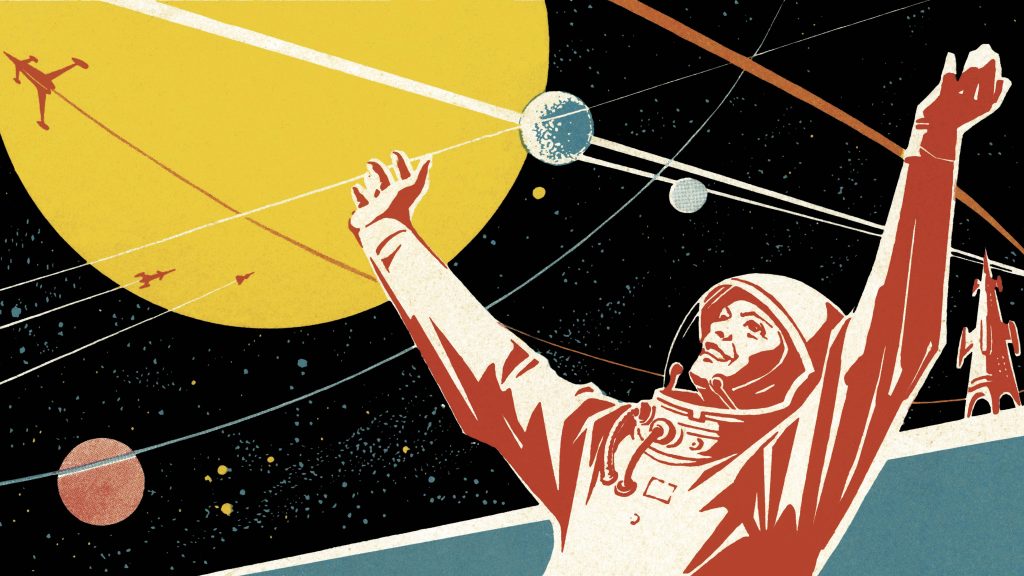 Science fiction, an acquired taste but ultimately, a genre intensely loved by many. A genre defined by time-travel, aliens, and galaxies far-far-away. Although its worth as a literary genre is hotly debated, science fiction has become such a pop culture giant that most people would have at least one sci-fi book, movie or tv show they like, no matter how they feel about the genre as a whole. As such, it gets its own special day to celebrate its history and the rich creativity of its creators and fans alike. January 2nd, chosen because of the birthdate of one of the genre’s most prolific authors, is a day to unofficially celebrate all things science fiction.

What is science fiction?

Science fiction (sci-fi) is a genre of fiction that speculates on the impact of science and technology on individuals or society whether this science is real or imagined. It was first popularised in the 1920s by Hugo Gernsback, an American publisher and one of the genre’s strongest advocates who founded the science fiction magazine Amazing Stories in 1926. Considered the ‘father of modern science fiction’, the Hugo awards, achievement awards given to the top creators in the genre, are named for him.

Sci-fi is mostly considered a modern genre, despite its long history, and is considered distinct from other forms of speculative fiction like fantasy or horror due to the technological plausibility it attempts in its works. Common tropes and themes of its works include: dystopias, allegories, prophetic warnings, science and technology for constructive or destructive purposes, self-knowledge (knowing what it means to be human) and unexplained phenomena e.g. UFOs.

Whatever the genre’s origins, many critics would agree that H.G Wells and Jules Verne were two authors incredibly significant to the genre’s formation with their works Twenty Thousand Leagues Under The Sea (1870), The Time Machine (1895), Invisible Man (1897) and War of The Worlds (1898). Wells, in particular, was nominated for the Nobel Prize in Literature four times and influenced real space travel so heavily that impact craters on both Mars and the Moon are named after him.

Science fiction’s Golden Age lasted from 1938 – 1946 and it was during that era that science fiction gained mainstream attention and many of the classics in the genre were published, including, I, Robot – Isaac Asimov, The Martian Chronicles – Ray Bradbury, Brave New World ­– Aldous Huxley, 1984 – George Orwell and, Fahrenheit 451 – Ray Bradbury. This was followed by the New Wave of science fiction in the 1960s and 70s. By this point, the genre had moved to television and is when two of the best sci-fi shows were created; Doctor Who and Star Trek. Both became pop culture icons, with Doctor Who becoming a massive part of British culture and Star Trek leading to the creation of fanfiction and fan culture as we know it today. Both of these shows had and still have massive fanbases and are both still airing today, in fact Doctor Who is the longest-running sci-fi show worldwide.

The world of science fiction can be a daunting place for those just starting to get into it and it can be difficult to know where to start. Here are some genre staples, perfect for beginners or seasoned fans wanting a refresh on the classics.

National Science Fiction Day is not just for celebrating the classics after all but also hyping up some new releases. Here are some great sci-fi works to get excited about!