“The Dizziness Of Freedom”- A Philosophical Explanation Of Anxiety. 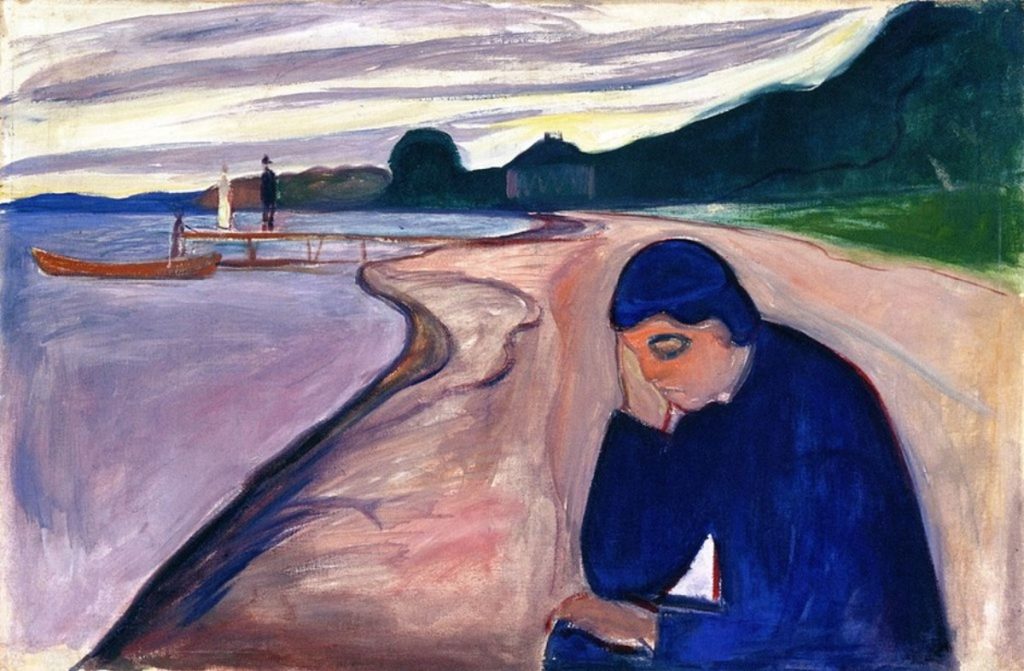 Simply put, anxiety is the fear of things to come, but I feel there is a clear distinction between fear and anxiety. Fear is often focused on the material, an emotional reaction to a specific threat that heightens the senses and activates our fight or flight response. Anxiety, on the other hand, is often an underlying feeling of uneasiness that comes from an imagined possibility of the future. These anxious feelings can be linked to a specific fear but usually the cause is unknown, and it induces confusion, paralysis, and general discomfort. In other words, anxiety could be said to have a dizzying effect.

In his 1844 book, The Concept of Anxiety, Danish philosopher Soren Kierkegaard describes anxiety as being “the dizziness of freedom”. He describes how, though some feel it more than others, everyone is plagued by anxious thoughts, and he sees these thoughts as a natural side effect that comes from the fact that we have freedom of choice.

Through his work, Kierkegaard explains how we develop anxiety as we gain self-awareness and start to see that we have the freedom to choose our own fate, as every choice we make has infinite potential outcomes. When we realise this, we become incredibly self-conscious about our every move, resulting in a sense of dread paralysing our decision making and leaving us in a state of agonising discomfort. This is anxiety.

In his most famous example, taken from his book, he illustrates how a man staring off the edge of a cliff experiences an intense dread. This is because he may fall, but he also feels an uncomfortable nauseating feeling that we might describe as vertigo. This is the realisation that he is free to jump off. So, what can this teach us?

Modern science, namely evolutionary psychology, now seems to contradict these ideas by explaining anxiety as a part of our survival instinct, but that does not mean Kierkegaard’s ideas are not worth engaging with. In fact, his writing is filled with astute observations. Kierkegaard writes, “Anxiety may itself be expressed in muteness as by a scream” and sees it as a fundamentally human condition- “if man were beast or angel he would not be in anxiety. Since he is both, he can be in anxiety”.

Because he viewed anxious feelings as a natural part of the human condition, Kierkegaard did not see it as a negative emotional state. In fact, he follows the previous quote by saying “the greater the man, the greater the anxiety”, because he saw anxiety as the means for personal growth. For example, if someone goes along with the group opinion or stays in a job because it is comfortable, he called this being “lost in the finite” and suggests many people take this option because it can somewhat alleviate feelings of dread. But he maintains that ultimately, any attempt to alleviate anxiety through distraction is squandering potential. We should acknowledge our fears to give us the opportunity to be self-reflective and it is in this state that we discover our true self. Soren Kierkegaard believed fully in the ‘discovery of the self’ and finding the “truth that is true” to oneself. For Kierkegaard, whose philosophy was deeply rooted in his Christian faith, this meant understanding his own relationship to God.

Today, we are taught to alleviate anxiety rather than to accept it but understanding these ideas may help to change our modern understanding of mental health, especially the concept of anxiety being the natural response to being human. Even today, there is a stigma around those with anxiety disorders, with it often being mistaken for a sign of weakness. This leads many to go without treatment. Kierkegaard’s message was that distracting yourself from anxiety is the real weakness, as being in an anxious state is a process we must go through to find our true selves, and experiencing it is not negative but is an important part of being human.