Is Spiderman: No Way Home the First Fanfiction Blockbuster? 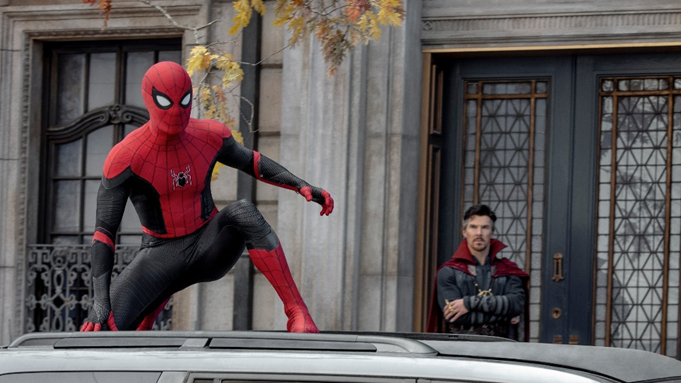 It certainly feels so.

As much as it is the third entry into Marvel’s Spiderman trilogy, it is also a continuation of previous entries in the Spiderman saga under Sony. Characters, dialogue, plot points and even themes are lifted straight from Raimi and Webb’s films, and the way in which these existing characters have been transplanted onto a new story is reminiscent of fanfiction more than anything else.

I am by far from the first to notice this. Many reviews have pointed out the unrelenting fan service of the film, with many comparing it to Lord and Miller’s Into the SpiderVerse. This is unsurprising, as Spiderverse also features a multiverse full of Spidermen teaming up, and its high box office success may have been the inspiration for No Way Home. Despite the similar premise, the use of characters in both films is wildly different, Spiderverse does not bring to mind fanfiction like No Way Home does, so what did John Watts do so differently?

Firstly, while superfans may recognise some of the comic book characters that Spiderverse used to fill its cast, these characters are not versions we as an audience are intimately familiar with – they are obscure. No Way Home does not simply adapt comic characters for their story, they are directly lifted from the Spiderman films that have filled the screen for the past 20 years, with the same actors reprising their roles and even being digitally de-aged to look the way we remember them. Like fanfic, much of the story works because these characters are beloved by an existing fan base, playing with the nostalgia of seeing our childhood icons return to the big screen. In fact, No Way Home simply couldn’t function without these appearances. Compare this to Into the Spiderverse, where the characters are, for the most part, a small addition to Miles’ story.

Marvel frequently plays with the idea that characters coexist within the same universe, something they borrow from the way comics operate. But the difference is that now Marvel is applying this playfulness to incarnations of characters they did not create. This is exactly the purpose of fan fiction, where fans create their own narrative using the building blocks of other writers’ creations.

While this does make the film less original than its predecessor, the hybrid between the old and new Spiderman stories makes for an incredibly impressive and hugely entertaining blockbuster. The narratives of all the colliding universes are balanced perfectly, delivering on the playful in-jokes for hardcore Spiderman fans whilst also telling a satisfying and emotional narrative for all the characters involved.

Along with Andrew Garfield and Tobey Maguire who reprise their roles as Spiderman, we also see the return of The Green Goblin, Doctor Octopus and Sandman from Raimi’s original trilogy, and from Webb’s more recent trilogy, Lizard and Electro return. This is where the film is at its best, with No Way Home truly making the best of its quirky premise. The three heroes have definite chemistry with each other and genuinely feel like three sides of the same person. Every scene with the three Parkers is joyfully memorable, with fun, playful dialogue and irreverent one-liners about the franchise as they compare web-shooters, poking fun at each other’s villains in one of the film’s best meta moments.

Perhaps all of this shameless indulgence sounds like it belongs on fanfiction.net as opposed to a marvel film, but this is not a bad thing. Actually, it’s quite a good thing. This sort of interplay makes it clear that writers really understand what makes the Spiderman character work, and nowhere is this more clear than the ending.

The final scene dramatically culminates in Peter deciding to protect those he cares about by pushing them away, in a scene that is almost a recreation of Spiderman 2002s ending, but never feels derivative of its predecessors. No Way Home even works to elevate the themes explored in the previous trilogies, through nostalgia, humour and most of all, by honouring the heart of every Spiderman adaptation- responsibility. The film blurs the line between fanfic and adaptation but at its core, it is still as true to the character as it’s ever been.