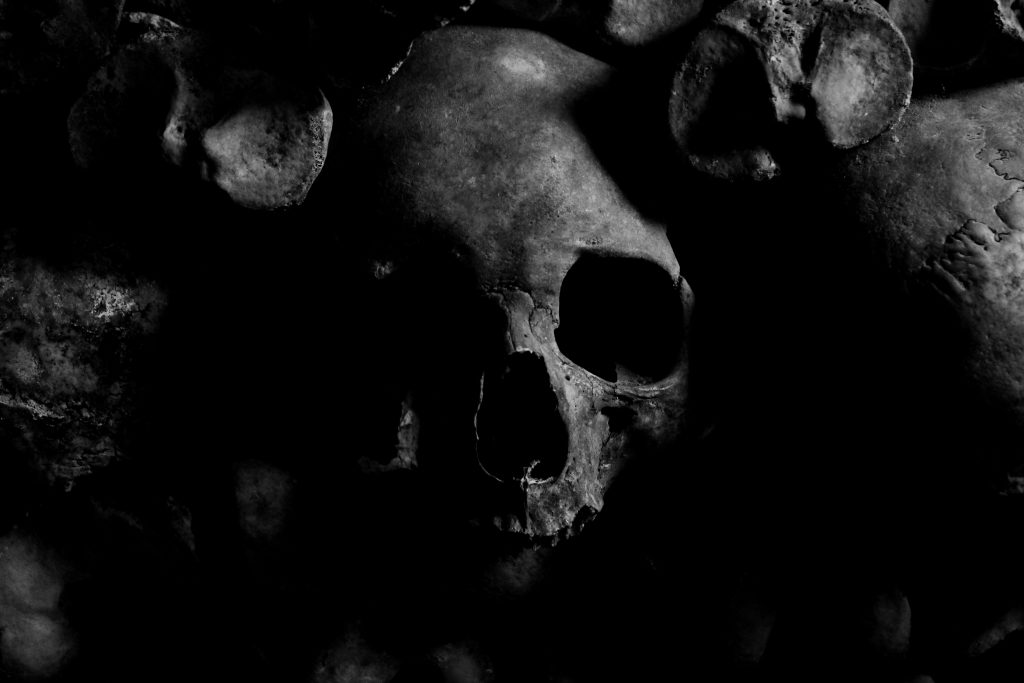 Paranormal sightings and ghost stories have been told all throughout history. Ghosts, spectres, spirits, poltergeists, and demons have been the main suspects for supernatural behaviour for longer than we know. However, science may be able to explain some of these events.

In the 1980’s, a British engineer and lecturer in information technology, Vic Tandy was working late one night in a research laboratory of a medical manufacturing company. Before this night, word began to spread for weeks amongst staff that the labs were haunted. Tandy pushed this ridiculous theory aside and claimed their ‘ghosts’ were just the constant wheezing of the life support machines in the building.

However, that night Tandy had the abiding feeling that someone or something was in the room with him, despite being very much alone. Fear absorbed the man when something materialised in his peripheral vision. When Tandy turned his head, to face whatever this thing was, it vanished. Naturally, he went straight home because he was terrified, like all of us would be.

The next day Tandy returned to work; with his fencing sword I may add! You know, in case the spooky figure returns.

During the night, Vic decided to polish his sword whilst it was clamped in a sturdy vice. The sword, he noticed, was vibrating rapidly somehow; he deducted that something in the lab was causing the vibrations. It turned out to be a sound wave bouncing from one wall to the other. He determined that the frequency of the soundwave was around 19hz (18.98 to be exact) emitting from a recently installed extractor fan. When he turned the fan off, the sound wave disappeared, and so did the haunting feeling of being watched.

Tandy theorized that this infrasound frequency he discovered could be the reason for many supernatural sightings and wanted to put his hypothesis to the test.

An investigation took place in a supposedly haunted 14th-century pub cellar in Coventry, England. There were reports of alarming, supernatural experiences for many years, including sightings of a mysterious spectral grey lady. This building is where Tandy uncovered a 19Hz-ish standing wave; gaining further evidence to back his theory that this infrasound frequency causes ghostly hallucinations.

This frequency is within the infrasound range, which means it’s inaudible for us humans. However, we can still feel its effect.

Due to us only being able to hear things from 20Hz to 20kHz, we cannot naturally reproduce this sound. Infrasound can occur through things such as earthquakes, thunder, ocean waves, machinery and animals that use it to communicate.

Tandy learnt that low frequencies in this region can affect humans and animals in a multitude of ways; it causes dizziness, discomfort, blurred vision (by vibrating at the same frequency as your eyeballs), nausea, hallucinations, hyperventilation through fear which can then lead to panic attacks.

Interestingly enough, nature does use low frequencies to install fear. Research demonstrates that a tiger’s roar, prior to an attack, consists of frequencies around 18hz which then shocks and paralyses the intended victim for a few seconds.

Unfortunately for us, human exposure to infrasound is increasing due to man-made factors. Machinery, occupational conditions, wind farms, transportation etc. all contribute towards expanding infrasound.

A study was conducted at the University Hospital of Mainz in Germany which concluded that high levels of infrasound (100dBz or more) ‘interferes with cardiac muscle contractile ability’ just one hour after exposure. Meaning, too much infrasound can literally affect your heart.

Luckily, we are hardly ever exposed to so much infrasound that causes irreversible damage or fatal results.

There are several recordings on YouTube that display the Ghost Frequency, however, do not expect to ‘hear’ anything without the proper equipment. Regular speakers like your phone or TV are optimized for the human hearing range. So, frequencies outside of that spectrum tend to be much weaker or not played at all.

To truly experience the ghost frequency, you’re going to need some pretty pricey gear. Subwoofers with amplifiers (often found in home cinema equipment) are designed to play infrasound frequencies for better cinematic experiences. Although you still won’t hear the 18.98hz frequency, placing your hand in front of a subwoofer will more than certainly allow you to feel the infrasound waves.

It’s funny to think that a sound we can’t even hear plays the most vital role in a lot of horror movies. Infrasound creates an ominous vibe, and the use of it in horror films adds to the viewers’ feeling of anxiety, uneasiness, fear and anger. Naturally, this puts you more on edge as you begin to prepare for the next scare.

The extreme bass waves and vibrations that come with infrasound are used to emphasize sound design and musical scores in film, which then heightens the on-screen tension.

The use of infrasound in horror movies is ingenious as it allows the viewers to feel the emotions of the characters on screen. You share their anxiety, fear and unease which truly deepens your connection to each character. Some horror movies that use infrasound are Friday the 13th, Carrie, The Paranormal Activity Franchise and a French psychological-horror movie called Irréversible.

In 2020 we saw a rise of BLM (Black Lives Matter) protests following the tragic death of George Floyd. During these protests, particularly in America, some police forces had access to military grade equipment to maintain order.

The particular device I am talking about is an LRAD which is classified as a ‘sonic weapon’. This speaker acts as a hailing device that can play sound up to 165dB (105dB above the average conversation!)

On June 5th 2020, the mayor of Portland stated on twitter that he directed their PD to use an LRAD to communicate information and not for sonic warning purposes. However, there was the possibility that they used infrasound towards the protestors.

On that day, Kenton Antiques on Twitter queried whether anybody in North Portland, at the same time of the BLM protest, experienced any side effects such as nausea, vertigo, sickness etc. The response was astounding, many people had these symptoms, and all agreed that they were near an LRAD that day.

Naturally, there is no way to prove for certain that infrasound was used as we can’t hear it, but many citizens of Portland felt the effects of infrasound on the same day that the PD deployed an LRAD.

Next time you feel like you’re being haunted or feel sick for no reason, it could be that something around you is emitting an infrasound wave.