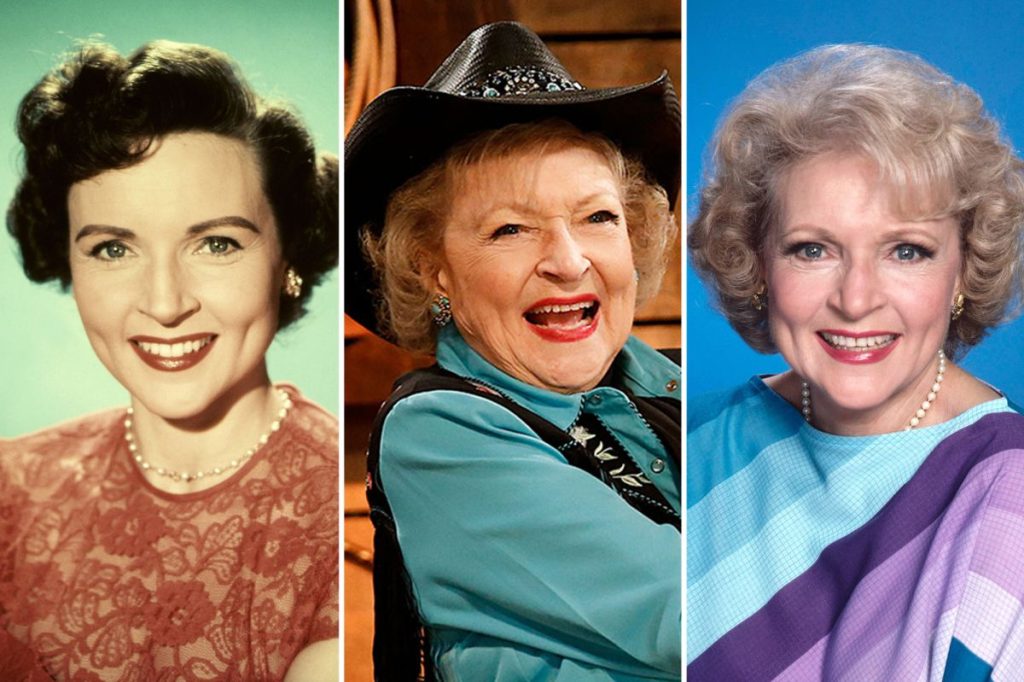 The late, great Betty White, born in 1922, in Illinois. 1922! Let me put that into context for you, sliced bread was invented in 1928. So, we should change the saying to: sliced bread is the greatest thing to happen since Betty White. What a spectacular woman she was too.

When Betty was growing up, she had ambitions of being a forest ranger. However, the rules at the time would not permit women to take on this profession. That’s right, only men were perceived as strong enough to handle the outdoors.

Ms. White did not let this get in her way and she dabbled in creative writing instead. That’s where she found a passion for performing.

After Betty had returned from her voluntary service for World War 2 in the 40s, she went STRAIGHT to the studios hustling for a job and did not stop.

It’s that level of grit and tenacity that earned Betty White the title of The Longest TV Career By A Female Entertainer later on.

In the 40s and 50s, Betty worked on radio shows and was the first woman to have her own sitcom and work behind the camera too, on Life With Elizabeth. White played the title character.

In fact, during this time,Betty hired African American tap dancer Arthur Duncan on her show, The Betty White Show. Segregation was still very much a part of American life, so Betty wanted to show the colour of your skin is irrelevant to your profession.

The TV stations in the southern states told Betty to remove Duncan from her variety show or face cancellation. She simply responded with I’m sorry, live with it and gave Duncan more airtime. This move did result in NBC ultimately taking White’s show off air, however, Betty stood up for what was right, regardless of the consequences.

In the 60s, Betty became known as The First Lady of Game Shows by appearing in such shows as:

The 70s saw Mary Tyler Moore obtain her own show, and she was looking for someone to play the sickly – sweet next door neighbour Sue Anne Nivens, someone like a Betty White type character. Who better than Betty herself? That’s exactly what happened. Nivens was only meant to guest star in season four, but the audience loved the character so much that she became a series regular.

Picture it, Miami, Florida 1985. Four women, either widowed or divorced, decide to live together in their golden years. Yes, I’m talking about White’s most ICONIC role of naive, wide-eyed Rose Nyland in Golden Girls. Betty was actually nominated for an Emmy EVERY YEAR of the sitcom’s run, from 1985 to 1992 and winning in 1985.

Then from the 90s to present day, Betty starred in Hot In Cleveland, The Proposal, Toy Story 4 and a very successful Snickers ad campaign that landed her a hosting spot on Saturday Night Live.

All through her life, White was an animal advocate working with many different organisations like The African Wildlife Foundation, The Morris Foundation and The Los Angeles Zoo Commission. Recently, people online have been doing the #BettyWhiteChallenge by carefully and properly adopting a pet in her honour.

If we can take any life lesson from the legendary Betty White, it’s to always love what you do and put your absolute all into it. When Betty was on Inside The Actors Studio with the late James Lipton, she said to respect the craft. White certainly did as she added a touch of gold to everything she did. Rest in peace, Betty.

What was YOUR favourite Betty White moment? Let us know in the comments below.