The Past, Present and Future of Prosthetics 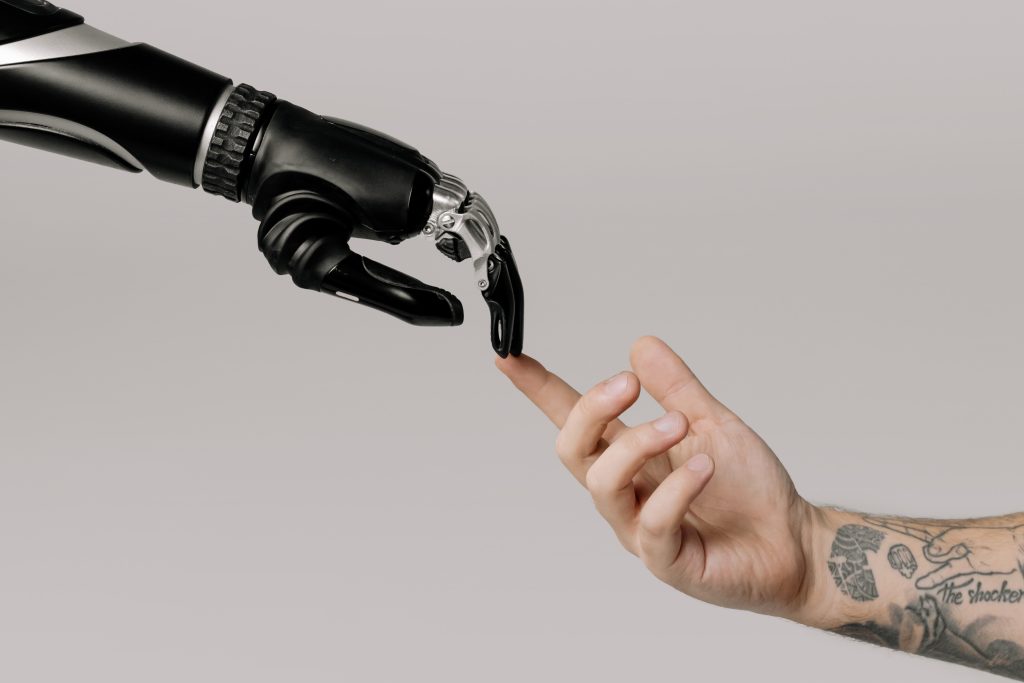 Prosthetics (artificial body parts) are a normality in the modern world. They are an incredibly useful tool for people who were born without or have lost limbs and can give a person freer movement and a greater quality of life. From ancient Egypt to medieval Europe, humans have used prosthetics for hundreds of years, and the technology has come a long way.

The world, although we still have a lot of issues, is a lot safer than it was in the past thanks to technology, science, and social progress.  In the past, people were almost constantly defending themselves, getting into fatal accidents and fighting in brutal field battles, so there was a great need for prosthetics. But bionic limbs go further back than even WW1, all the way to Ancient Rome and Ancient Egypt. Back then, they’d make prosthetics usually from wood and leather. They were simple, at least by modern standards, and they used simple straps to tie things together, but they were incredibly intricate from what is expected of the time.

This prosthetic toe is made from wood and leather and was found in Egypt, in a tomb of a female mummy. The big toe carries a lot of the bodies weight and helps with walking forward, without it this person would’ve had a lot of trouble walking, so they got a prosthetic toe.

During the medieval era, prosthetic arms were made that had hinges in them, enabling movement. As there were many battles during this time prosthetics were needed, but ones like in this image would’ve surely been expensive. This iron arm belonged to Gotz von Berlichingen, who lived around 1480-1562. He was a German knight who served with the Holy Roman Emperor Charles V and lost his arm to cannon fire during a battle.

In the Victorian era, there were also many strides in the innovation of prosthetic limbs, but the medical practice especially advanced after WW1 and WW2, again as people were losing their limbs during battles and attacks. They also made face masks that would cover portions of the face that had been scarred or disfigured.

Prosthetics have come a long way. Plastics, carbon, fibre, and silicone have allowed artificial limbs to be stronger and lighter and, in some prosthetics, make them look more realistic.

There are also prosthetics now that are electronic and are able to pick up muscle movements by electric signals and move depending on what muscles the user moves. Unfortunately, it does lag and can be quite slow.

The main problem with modern prosthetics is that they can be uncomfortable and even painful for the user, so new prosthetics are being developed in hopes of avoiding the discomfort that the suctions and belts cause.

A mind-controlled prosthetic arm is being developed by researchers in Sweden (led by Max Ortiz Catalan). The process to attach the arm has been called osseointegration, where the artificial arm is surgically attached to the bone, muscles, and nerves. There are electrodes that pick up the electric brain signals, which will allow the user to mind control and freely move their prosthetic limb.

There are still tests to be done and trials to be had, but this type of prosthetic is well underway and will be a huge advancement in prosthetics allowing people who have lost limbs to gain more control over their new artificial body part.

Prosthetics are mostly used for replacing lost or absent limbs, but many researchers are looking and hoping that prosthetics could be used to replace organs inside our body as well, like the heart.

But the future for heart prosthetics is promising. Nicholas Cohrs and his team are developing a softer artificial heart with personalised shapes that can match the patients’ real heart with hopes to reduce blood clotting. The Soft Artificial Heart (SAH) is made using a 3D printer to create a mould for the heart, and the initial material used was silicone, a flexible soft non-reactive substance. It was then powered by an external device.

When tested (not on a human or animal) the SAH was able to mimic the human heartbeat but subsequently ruptured from stress. Cohrs and his team are looking for solutions for this and are testing different polymers to see which material would last. The ultimate goal, of course, is to have a SAH that can last for years and maybe even decades.

There are new advancements in prosthetics every year, and whilst we are a while away from any arm laser guns, superpowered legs and internet-connected eyes, scientists are making the first big strides towards ground-breaking prosthetics.