My favourite European films on Netflix 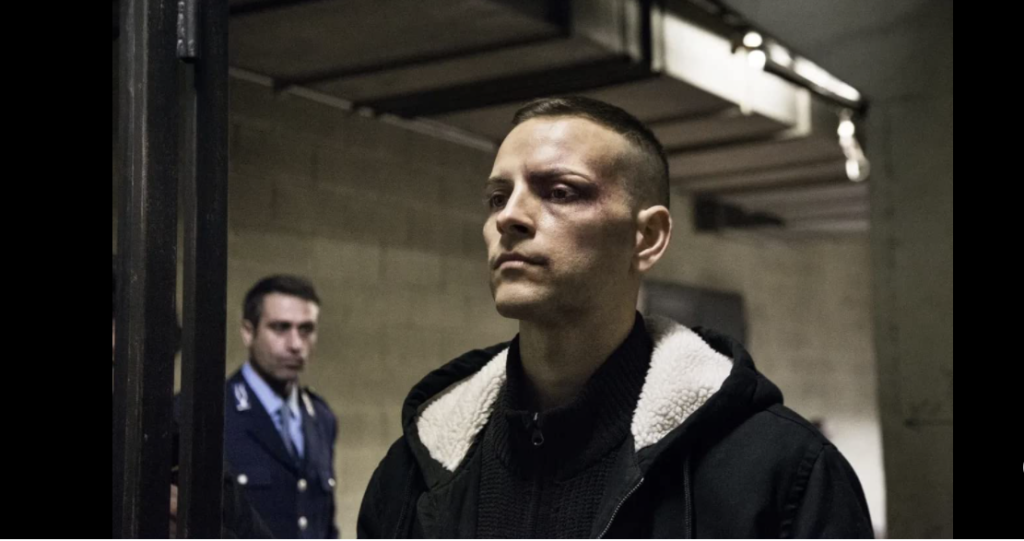 On My Skin (Sulla mia pelle)

This Italian drama follows the life of the last 7 days of Stefano Cucchi, a real-life victim of police brutality. In 2009, Stefano was found in possession of hashish, cocaine, and medicine for his epilepsy, and was sent to a prison in Rome. During custody, he’s beaten up by police officers but refuses to tell anyone in fear of being accused of lying. After going to court he’s told to remain in the prison but is sent to a secured hospital to treat his injuries, where his family are consistently denied access to see him. Stefano dies from the injuries and his family are only permitted to see him once in the morgue.

It’s a very gritty and unnerving film with a similar vibe to La Haine and Trainspotting. I really liked how visually dull this film is without being graded as black and white, and the colour draining through the film reflects Stefano’s experience incredibly!

A Polish horror musical that tells the life of two mermaids, Golden and Silver, as they’re picked up by a band to perform as strippers and backup singers at their nightclub. After a while they get their own band called The Lure, as Golden murders a customer and Silver falls in love with the bands bassist. Silver surgically removes her tail in order to be with the bassist, but he leaves her to marry another woman. Golden warns Silver that if she doesn’t eat him by dawn she’ll turn into seafoam, however, as she dances with him she can’t bring herself to do so, so they dance until she turns into sea foam in his arms as Golden returns to the sea to mourn her sister.

I loved the unpredictability of this film, one minute it’s a fantastical tale of murderous mermaids, the next it’s a musical piece about love sung to a disco beat. It’s definitely the weirdest one on the list but by far the most intriguing, I couldn’t take my eyes off and felt so immersed in the story!

This Danish documentary follows the life of the Chiméres, a gang from the slums of Cité Soleil, Haiti, described as the most dangerous place on Earth. Filmed in 2004, the Chiméres are seen fighting for their power back from the president, Aristide, who allegedly paid gangs to attack the Chiméres for rioting for their freedom. Brothers 2pac and Bily are on opposing sides, 2pac being the leader of the Chiméres and Bily working for Aristide. The documentary ends with Bily being sent to prison and 2pac leaving Haiti, to then come back to find his brother but was shot and killed in Cité Soleil, and Bily disappeared and is presumed dead.

The harsh reality of this film is what makes it so good, there’s no sugar-coating of the crimes and violence like with a lot of other documentaries, and with no happy ending it feels a lot less artificial. I suggest watching this film if you have a strong stomach for gore and guns, otherwise it may be one to miss out on family film night.

A fantasy, animated film that starts as a severed hand escaping a lab and beginning the journey of finding it’s lost body, belonging to Naoufel. After both parents die in a car crash, Naoufel is forced to live with his uncle and cousin where he works as a deliveryman to pay rent, where he falls for a woman named Gabrielle. He takes up a job as a woodworker to be closer to her and builds a wooden igloo on a rooftop, where he confesses his feelings to Gabrielle. However, she doesn’t feel the same and walks away, leaving Naoufel who then goes to a party with his cousin where he gets in a fight. Hungover, he starts work of cutting wood on a bandsaw but while trying to catch a fly he severs his hand. As his hand from the flashback finally catches up with him, it lays in bed with him in hopes of reattaching.

I really loved the style of the way the story was told, and the animation was fascinating! The way the hand moves was so real and human-like but still cartoon-y enough not to be too creepy, and the sound design that’s paired with it fits beautifully. An overall heart-warming story!

This film shows the life of Leena who after getting an unexpected phone call from the hospital, visits her mother while flashbacks depict their life together. These flashbacks show her parents as immigrants from Finland living poor in Sweden, maintaining a good life until they both became alcoholics. Back at the hospital, Leena and her mother talk about her lost brother, who she sent to an orphanage as a child but overdosed and died after being forgotten. She returns from the hospital to her childhood home with her husband and children where she lashes out against them, mirroring a fight her parents had when she was younger.

This film is my favourite on this list as it displays such a true to life depiction of how unfair abusive, alcoholic parents can be. A lot of this film plays into my personal life and struggles with parents like Leena’s, so I felt very attached to her and the storytelling. A similar vibe as On My Skin and a great adaptation from the book, I highly recommend!