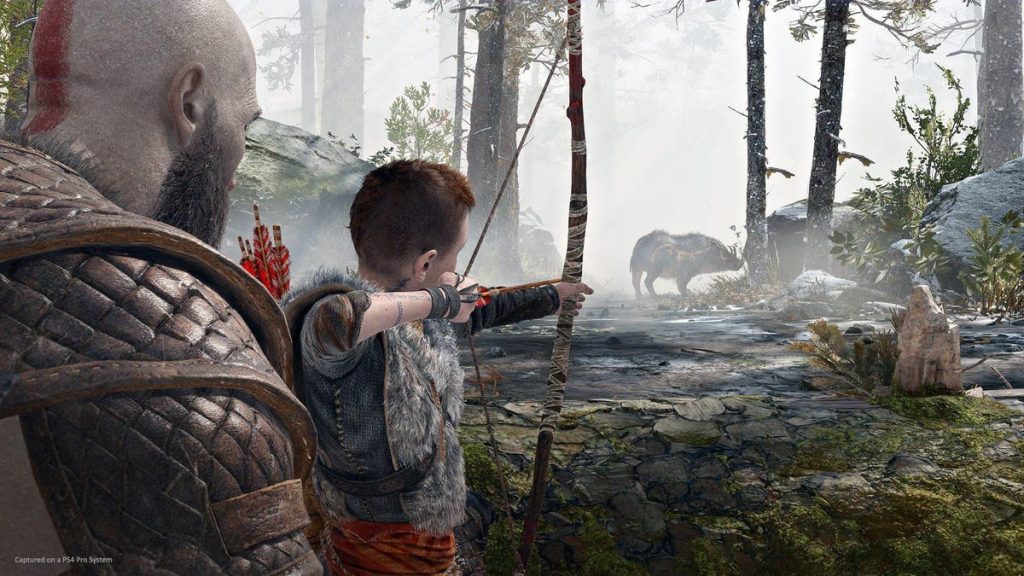 Most people play video games, whether that be on your phone, console or PC. We adore them. Gaming helps us relieve stress, chill out and have some fun and that’s why it has become a predominant part of modern life.

There are plenty of genres of games to play, from sandboxes to MOBAs, FPS, platform games, survival horrors, MMOs and so on. But the most immersive genre of games, that gives us unrivalled satisfaction when gaming, are RPG’s. Role-playing games allow us to play a character that grows in strength as the game progresses. We play these games as if it’s our own story and here at Networthpick, we love our RPG’s. So let’s get into the selection of our top 10 Adventure RPGs!

Dragon Quest VIII is an RPG developed by Level-5 and published through Square Enix in 2004, made for the Playstation 2. This game utilises cel shading for the characters and scenery. It is the first in the series to have fully 3D character and environmental models.

You follow a silent, unnamed protagonist, a Trodain guardian and his band of allies, as they journey towards defeating the evil Dhoulmagus, who set a curse on the kingdom of Trodain and its people. This charming, critically acclaimed turn-based RPG will have you immersed in every step of the story, through 360 degree camera angles as well as first person perspective.

Fallout 4, released and developed by Bethesda in 2015, is the fourth main game in the Fallout series. It was issued for Microsoft Windows, PlayStation 4 and Xbox One.

This game is set within an open world environment that encompasses post-apocalyptic Boston and suburban areas of Massachusetts called “The CommonWealth”. The player acquires the control of a character known as the “Sole Survivor” who wakes up from a long-term cryogenic sleep, in an underground nuclear shelter. You explore the game’s decaying world, help out several factions, gain XP through completing various quests, and unlock new features as the game progresses. Bethesda created a comprehensive crafting system where you use recycled materials from the environment to craft explosives, upgrade weapons, make salves and drugs etc.
Fallout 4 gained many praises for their player freedom, content, crafting, world depth and soundtrack, however, a lot of criticism was expressed about the game’s visuals and technical issues on release.

Horizon: Zero Dawn, published in 2017 by Guerrilla Games, has an extremely profound storyline and lore, alongside alarmingly destructive robotic creatures and a mysterious but unforgettable plot.

We start in the 31st century in a post-apocalyptic world where machines monopolize the land. Due to this, human development regressed to tribal societies, relying on hunting, rummaging forests, exploring mountain ranges, and searching ruins for survival. The player controls Aloy, our main protagonist, a huntress who uses all of her speed, cunning and agility to survive and protect her tribe from the power, size and force of the machines.

The game provides us with a third-person perspective, smooth gameplay with a heavy stealth element; having the ability to slide, dodge, sprint, roll and evade enemies. Coupled with remarkably flexible combat and an interesting plot, Horizon: Zero Dawn definitely is worth 40 plus hours of your life.

NieR: Automata was released in 2017 by Square Enix and developed by Platinum Games. This sequel to 2010’s video game Nier is set in a world where a proxy war rages between human-designed androids and alien-created machines. The player follows the life of a combat android named 2B, scanner android- 9S, and rogue prototype- A2; requiring you to do multiple playthroughs to truly understand the whole story.

The gameplay fuses role-playing elements, hack and slash combat, and real-time fights in a variety of in-game environments. Attacks range from light and heavy and what you decide to do alters the outcome (how quick or strong they are).

This role-playing game, developed and published by Capcom in 2018, is the fifth mainline chapter in the Monster Hunter series; released on the PlayStation 4, Xbox One and Microsoft Windows.

In the game, you take the role of a Hunter which can be customised, alongside creating your own cat! As the title implies, you are tasked to hunt down and either trap or kill monsters that drift across one of the several environmental spaces the game provides. It plays similarly to previous installments in the franchise -in third person perspective in a semi-open world.

Santa Monica studio released their eighth installment to the God of War series in April 2018 for the Playstation 4 and Microsoft Windows earlier this month.

Previous games in the series were based on Greek mythology but God of War 2018 differs as it is inspired by Norse mythology instead; with the majority of the scenery set in the realm of Midgard, Scandinavia. You still play as Kratos, the former Greek God of war, but his young son Atreus joins you in your journey across the nine realms and is unaware of your troublesome past and celestial nature.

This third-person, single-player RPG uses unique cinematography by presenting the story in one continuous shot (no camera cuts or loading screens.) You will be charmed by the elevating music, smooth gameplay through an expansive and breathtaking world, deliberate foreshadowing that keeps you hooked to the story and a non-stop emotional journey.

FromSoftware has the ability to create breathtaking games that focus mainly on the intense storylines and lore rather than the visuals. Dark Souls III was published in 2016 by Bandai Namco Entertainment for PlayStation 4, Xbox One, and Microsoft Windows.

This critically successful game will guide you through its punishing and fierce world in 3rd person. If you enjoy relaxing games this one is not for you! As you dare to take a step forward, you will probably be hurled backwards over and over again. Despite its lackluster graphics and hard gameplay, Dark Souls III will have you spellbound for hours on end.

The third spot in our top 10 RPGs is claimed by The Witcher 3: Wild Hunt and rightfully so! A Polish-based game developer called CD Projekt Red published  and developed this game in 2015 and is the final installment in the main Witcher series.

This beautifully sinister fantasy has you following Geralt of Rivia, a monster hunter mutant known as a Witcher. Your aim is to track down Geralt’s child of surprise, Ciri and help prepare her for inevitable battles and future tribulations. You have complete freedom in your abilities, allowing you to walk, run, roll, ride horses, swim, jump, climb and evade enemies.

Naturally, if you haven’t played the first two installments you may be a tad confused as to what’s going on, but I definitely recommend playing all three!

Despite not even being a main chapter in the Fallout franchise, Fallout: New Vegas is easily, and often, described as the fandom’s favourite.

This post-apocalyptic RPG, developed by Obsidian Entertainment and published by Bethesda, allows you to explore Nevada, California, Arizona and Utah in third or first person. As you play the Courier in one of the ‘greatest open-world role-playing games of the time,’ you are greeted with refined combat, high-quality missions and the exhilarating setting of the Vegas strip.

Here we are, at number one. To nobody’s surprise we have crowned Skyrim from the Elder Scrolls franchise in the top spot. This open-world role-playing game was developed and published by Bethesda in 2011, compatible with Microsoft Windows, Playstation 3 and Xbox 360 (later being remastered for the PS4 and Nintendo Switch.)

Play in first or third person as you freely explore the open-world environment consisting of an abundance of dungeons, expansive wilderness, cities, towns, fortresses, villages and more. All of this content is provided to you as you train to become the perfect Dragonborn.

I hope you enjoyed our take on our favourite Adventure RPG’s and hopefully, you agree!