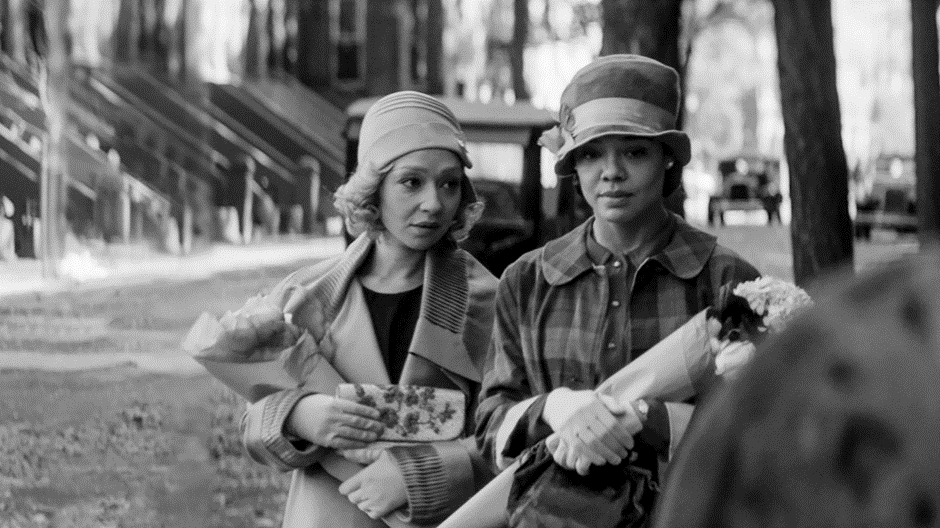 Passing seems to be another one of those films that has found itself buried in the endless back catalogue of Netflix. Released in November 2021, the film received critical acclaim but discussion of the film, if there ever was one, seems to have fizzled out. This stark, slow paced, black and white drama about the nuances of race relations in the 1920s is not going to catch everyone’s eye, but the film definitely deserves to find an audience for its unique examination of race in America.

The story of Passing, which is based on a 1929 novel of the same name, revolves around a black woman who reunites with her childhood friend only to discover she is now “passing” for white. As the two women start to reconnect, they find themselves increasingly captivated with the life of the other.

The narrative explores the phenomenon of “passing”, a term with a long history mostly used in the United States. It is used to describe when a member of one racial group is seen to possess certain qualities, usually physical, that allow them to socially integrate into another group.

Passing is an exploration of the privilege and complications that come with living like this. The film focuses on two characters who are able to pass in white society but find themselves living entirely completely different lives. Irene (Tessa Thompson) lives in a black suburb of Harlem, whilst Claire (Ruth Negga) lives in a wealthy white community in Chicago.

Irene becomes deeply jealous of her friend due to her beauty (which many characters see as an extension of her light skin) and her confidence (particularly in white company where Irene is always tense and nervous), which allows her to pass with ease. Claire, on the other hand, longs for the acceptance of the black community that she has left behind.

This exploration of race, class, privilege and identity in this way is something that you rarely see on screen. The film’s depiction of Claire, in particular, is a great portrayal of a character that is caught between two racial groups. She is free from the discrimination of those that are darker skinned than her, but she is still at risk of becoming ostracised by even her white husband, who does not know her true heritage. At the same time, it is implied that she is exoticized by the black community because of her European features. Through this complex struggle, the film delivers an important message about the ambiguity of race.

This is because the very nature of Irene and Claire’s story is at odds with a binary definition of race. Even the very idea that someone can pass for a racial group that they ostensibly do not belong to contradicts this two-dimensional view of race that was so prevalent in the era of the film’s setting. It’s important to realise that, for many people, race and ethnicity are not as clear cut as some might think. Yet even today, in our ever increasingly multicultural society, narratives that explore the ambiguous and complex nature of race and identity are missing. Even worse, when it comes to depictions of racism, mixed-race people are simply excluded. But both the novel, and now the film almost a hundred years later, beautifully paint the picture of the struggles that come with having a mixed-race identity.