After the Gold Rush: The survival of Brazil’s Indigenous population 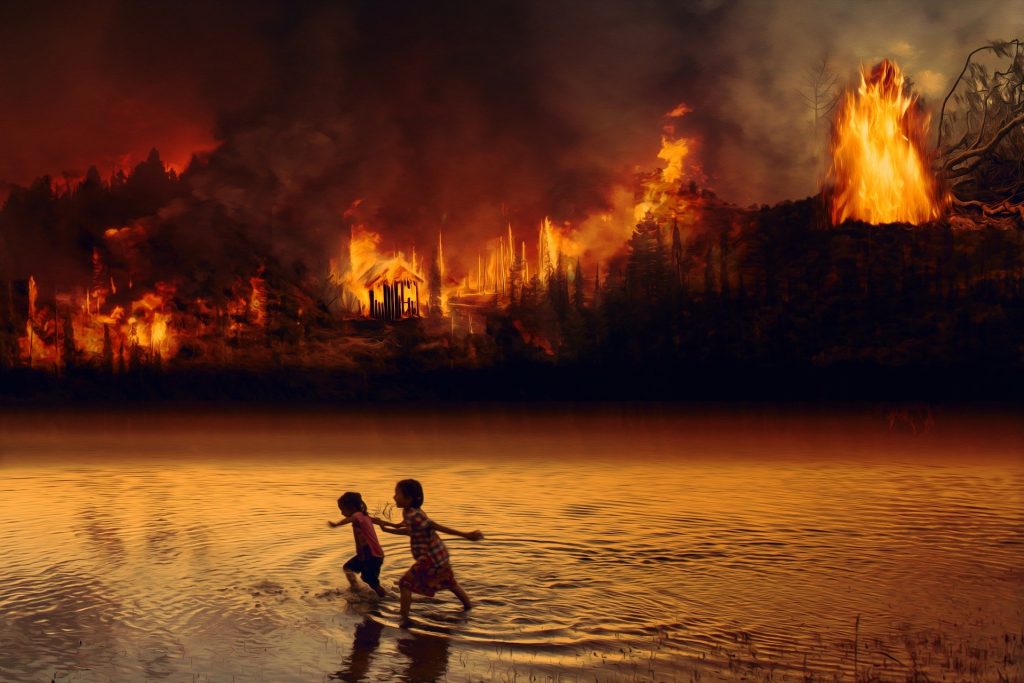 With a Brazilian election approaching in October 2022, we took a look at one of the world’s most controversial leaders, Jair Bolsonaro.

“Indians are undoubtedly changing… They are increasingly becoming human beings just like us.”

These are the words of Brazil’s president, Jair Bolsonaro. His short tenure has had a devastating impact on the Amazon rainforest and all its inhabitants. Areas the size of Puerto Rico are now gone and the centuries of Brazilian indigenous culture are being decimated. His vocal support for illegal gold-mining and anti-indigenous rhetoric has left Latin America’s largest economy, on the brink of environmental and social collapse.

The Yanomami reserve is a territory that’s home to approximately 27,000 tribespeople. It’s larger than Portugal and is twice the size of Switzerland, but has been under immense pressure from garimpeiros, otherwise known as gold-miners.

The Brazilian Socioenvironmental Institute estimated there are roughly 20,000 miners in the Amazon. Since Bolsonaro has gutted environmental policies and monopolised sections of the Indigenous Reservations, there’s been a surge in illegal mining activity. His government also attempted to pass Law Project 490, known as PL490, legislation which would legalise gold mining. But what are the consequences of gold mining?

To extract gold from crushed ore, miners use heated mercury – a highly toxic substance. This process is called amalgamation and its use has polluted indigenous crops and water supplies. Once it enters the food chain, it’s hard to get rid of, leading to neurological disorders and birth defects.

In a study by Brazil’s Fiocruz health institute and the WWF, it was noted that 58% of Munduruku Indigenous tribespeople had dangerously high levels of mercury – with children being most at risk. This had come from the infection of their water supply, in the Tapajós River. Another study by the International Journal of Environmental Research and Public Health, found the mercury levels in locally caught fish to be 4 times higher than the mercury level recommended by the World Health Organisation.

The Tapajós River region has been rife with attacks on indigenous communities by gabeneiros. On one ocassion, two indigenous children drowned when fleeing the bullets of invading miners. There is regular intimidation and attacks, as communities continue to defend themselves. Indigenous Amazonian communities are facing their biggest dangers since Brazil’s military dictatorship, which lasted from 1964-1985.

Bolsonaro has been slowly unpicking the legislation which prohibits invasion of indigenous land. Jeremy Campbell, an anthropologist at George Mason University in Virginia, who specialises in Indigenous land tenure in Brazil, called Brazil’s current measures ‘an incitement to violence’. He goes on to say that, ‘it gives the green light for more land invasions. It gives people a permission structure through which to disregard Indigenous rights.’

Bolsonaro is one of the world’s staunchest Covid critics. Despite catching the virus himself, he has frequently opposed vaccinations or tightening restrictions. When asked about Brazil eclipsing 250,000 cases (it’s now over 500,000), his response was: “Stop whining. How long are you going to keep crying about it?” He has regularly downplayed the virus and as a result, Brazil’s healthcare system has been massively underprepared – with hospitals running out of additional oxygen for patients.

The isolation of indigenous territories from the rest of the world could have protected them from Covid. However, the influx of gold minors lead to an upsurge of cases in a part of the world that could be susceptible to the common cold. And with a healthcare system obliterated by rising cases, there were little means to protect the country’s most vulnerable people.

“Did you know that I was indicted for homicide today?”

(Yes, this is a real quote from Bolsonaro).
Bolsonaro’s devastation of the indigenous ecosystem has not gone unnoticed. The Articulation of Indigenous Peoples of Brazil (APIB) opened a lawsuit, alleging that Bolsonaro led “an explicit, systematic and intentional anti-Indigenous policy”. Since then, the Indigenous chief, Raoni Metuktire, asked the courts to indict Bolsonaro for crimes against humanity.
Brazil’s senate has since investigated whether Bolsonaro’s treatment of indigenous communities can be officially deemed ‘genocide’. The final report found that Bolsonaro ‘commanded an anti-Indigenous policy that deliberately exposed the native peoples to neglect, harassment, invasion, and violence since before the pandemic.’
When Bolsonaro claimed that ‘Indians are increasingly becoming humans, it made headlines. But it was the Brazilian satirical magazine, Sensacionalista, had the most fitting response:
“Indians say they do not wish to become humans like Bolsonaro”.
And who could possibly blame them? Other than Bolsonaro himself.