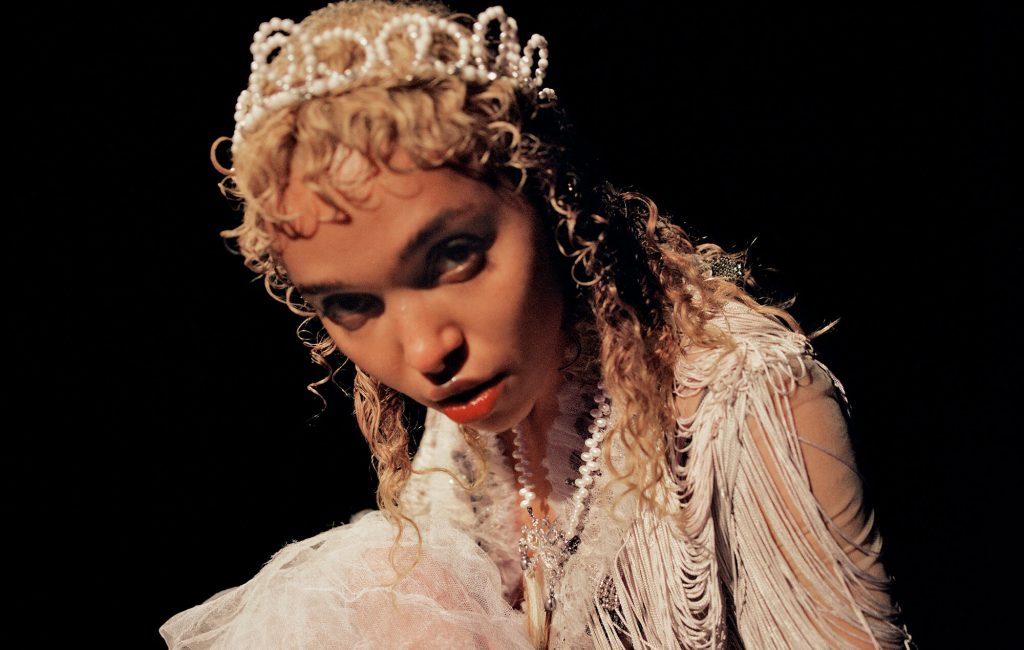 Just two-and-a-bit years after the release of her last album, FKA Twigs returns with mixtape CAPRISONGS (a clever reference to the singer’s sun sign, Capricorn, rather than the pouch drink).

FKA Twigs (Tahliah Debrett Barnett) was born in Gloucestershire but moved to London when she turned 17, where she attended the BRIT School and Croydon College and worked as a back-up dancer for several high-profile artists, including Jessie J and Kylie Minogue. Barnett eventually released her own music on Bandcamp, an EP aptly named EP1, before she was signed to Young Turks record label, and released her debut studio album LP1 in August 2014.

Her second studio album, Magdalene, was a highly conceptual album inspired by Barnett’s own heartbreak and the story of Mary Magdalene, her own wish to not be defined by or written about in the context of the men in her life using the narrative of Mary Magdalene. The album was released in November 2019 with touring due to start in 2020. Unfortunately, like many artists, tour plans were ruined due to the pandemic and subsequent lockdowns; like many other artists suddenly finding themselves isolating alone, Barnett began working on new content. Dealing with the loneliness by chatting with friends over facetime and listening to podcasts, Barnett began recording sound bites, many of which are incorporated into the album. Speaking to documentary filmmaker Louis Theroux on his podcast, Barnett talks about the process of making the new album, describing it as a ‘real product of 2020’.

By far her poppiest album, CAPRISONGS is a true mixtape – a 17 song collection of genre-bending hits with 8 features. It’s an album of selfhood and rebirth, a semi-autobiographical and playful collection of hits, ‘caprisongs is my journey back to myself through my amazing collaborators and friends,’ Twigs says on her Twitter.

In keeping with the mixtape idea of the album, the opening track ride the dragon starts off with the click of a cassette tape being put into the player and Twig’s vocals, “Hey, I made you a mixtape-“. Her lyrics in the first half are met with a distorted gargled voice before the tape clicks again, and the song accelerates into a fun, pop beat – “so if you…reallywannakissme”. As with the rest of the album, it’s difficult to pin down the genre, the song incorporates a mixture of electronic, art-pop, and R&B, making it a fitting and fun opening for a varied mixtape of experimental avant-garde hits, accompanied by what Twigs describes on her Twitter as an ‘anti-video’.

While the mixtape overall is lighter and different to her previous era, three songs stand out as reminiscent of the vibe of Magdalene, choral and slow-rocking art-pop ballads and possibly my favourites of the album: meta angel, lightbeamers and minds of men.

Meta Angel opens with a candid recording of a conversation between friends, “I wanna be more confident, I really do” Twigs opens up to a friend over the sound of her harmonising before the tape clicks and rewinds. Meta angel is a song about craving validation and reassurance from a higher power, “I wish I had help from a deeper force/Some kind of meta angel/Then they could whisper all the answers.” Her vocals on this song are beautiful, dreamy, ‘soprano in the choir’ and the classical influences really shine through.

If meta angel is about pleading for help from a higher power, lightbeamers is about practically dealing with and healing from trauma, feelings of depression, and self-esteem issues, “This is for the hard dreamers/Been sad for a while/All the indigo and light-beamers”. It plays as a series of notes to self, “I’ll tell you what you’re gonna do for tonight/Makе a list of the truth/Put down the things that make you you…. Put it in your phone, read it when you’re down and out” put to lo-fi, dreamy beats.

More so than the previous tracks, minds of men is more reminiscent of Magdalene in both sound and possibly my favourite on the album. Opening with an angelic and choral hymn sounding lyrics and vocals, “Great minds of men will fall down/Without nature’s peace or a woman’s profound/Love and death is compound/Intertwine, be wisdom bound” followed by an upbeat and alternative pop chorus, “Lay your troubles down and your heavy crown/Take your troubles off, I’ma love you soft”. FKA Twigs has a beautiful voice that perfectly fits the highly conceptual lyrics she writes, to mix this with the more upbeat pop sound that permeates the rest of the album works incredibly well.

Alongside these songs that lean more into the choral hymn vibe are several collabs with several different artists, some that FKA Twigs has never worked with before, including the collab with The Weeknd. Tears in the Club is a song about the grief and anxiety the end of a relationship can cause, and the lyrics are packed with angst and emotion put to high energy dance beats and synths.

Darjeeling, a collab with Jorja Smith, is an ‘ode to London’. Both artists recount their journeys to London; Barnett references her time at Croydon college and growing up in the countryside in Gloucestershire and moving to London, “Started out a country girl, wildly haired and gappy grin/Had to change a couple schools ’cause I wasn’t fittin’ in/Take it straight to London, dream it big, and let it grow”. Barnett has spoken in various interviews about the racial discrimination she faced growing up as the only mixed-race girl in a private Catholic school. In 2014 she told Daze, “People said horrible things about something I had no control of, which was tough. But that’s okay. Life isn’t supposed to be easy, is it? I never really saw anything wrong with how I looked, it was more that certain people pointed things out to you about yourself.” The artists recount the loneliness of moving to a big city from a small town but also the diversity of London is referenced, with the song You’re Not Alone directly incorporated into the chorus.