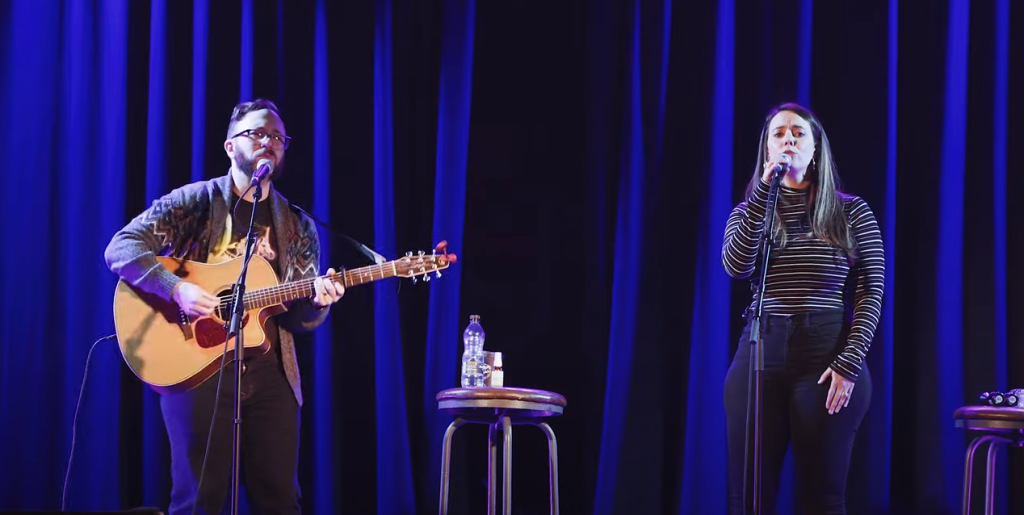 Now, this may be a very odd title. Filled with mystery, a touch of mischievous clickbait perhaps. I’ll be completely transparent though, the end to this story will be disappointing. There’s going to be some wonderful build-up, emotional storytelling and beautiful imagery (if I do say so myself.) But it will all end so abruptly and unfortunately that it may just leave you regretting ever reading it in the first place.

Back in mid-2014, June or July perhaps, I was watching a livestream on Twitch in the early morning. Nothing of note, but the streamer had some game music playing during a break, and a song I heard really struck a chord with me. It was a song called ‘The Spine’ from indie game Transistor, which had been released very recently. I was entranced, to say the least. The beauty in the singer, Ashley Barrett’s vocals, left me in a daze. I had never heard something so wonderful, and from a game I’d never even heard of. I immediately left the stream and went to listen to the rest of her songs on the soundtrack.

I played the same 5 songs, the only ones with vocals, over and over for weeks. Then I learned that Supergiant Games, the tiny company behind Transistor, had a previous game called Bastion. And as luck would have it, my older brother who shared his Steam games with me on my ancient, Nokia brick-esque laptop, owned Bastion. I played it despite never having played games in that style before, and thoroughly enjoyed it. But there was one exact moment that brought back the exact same feeling I had experienced when I heard ‘The Spine’ for the first time.

There’s a moment in the game where you fall into a new area, and after wandering along a short distance, you hear a distant humming. You listen, you follow it, the sultry sounds summoning you closer. Then a voice sings. It echoes, the very sound begging you to approach and find the source. Never before had I felt so obligated to follow something, to unravel a mystery. At last, you find the singer. A girl playing a guitar, all else silent and peaceful, a moment of respite amongst an ocean of tumult. You stop for a few minutes and listen to the rest of the song.

There’s often discussions of if video games can be art. This was the moment I realised they are.

Fast forward a few years and Supergiant have released their third game, Pyre. Honestly, I hadn’t particularly listened to the music, nor had I played it, but I was simply ecstatic that they were still proving successful. A year after however, they had announced a fourth game in development and early access. This game was called Hades, and was based entirely in Greek mythology.

As some background, I have loved Greek mythology since I was very young. It wasn’t even because of Percy Jackson like a lot of people would assume. I couldn’t even pinpoint a moment that I started to learn about it out of my own interest. But anyway, I’m a huge nerd for mythology and hearing about Hades had me elated. It follows the son of Hades, Zagreus, as he tries to escape from the Underworld and find his mother who he never met. It features a range of chthonic deities that most people would have never even heard of, as well as several of the classic Olympians that offer you their boons to help you fight your way out.

However. One thing stopped me from trying it for some time until after it had been released. There wasn’t a song that featured Ashley Barrett yet. Yes, I’m completely serious. I adore and admire the composer, Darren Korb, and he sings beautifully in the games too. But the lack of my favourite voice to ever exist? It was a bit disappointing. I did get it after a while and really enjoyed the early access, but after a considerable amount of time in it I waited until the game released fully, so I could enjoy it in a complete state. Little did I know, in one of the updates I hadn’t played, Ashley did return for a song. Oh, how I regretted not playing that moment.

It was identical to the experience of finding her voice in Bastion and Transistor. Stumbling into a safe room in Asphodel, a literal flaming hell in the game, you hear her gentle singing once again. She is the singing voice of Eurydice, the nymph and muse of Orpheus in mythology. This game does an incredible job of letting you make a happy ending to the tragedy, and eventually you can hear the two duet the song, reuniting Darren and Ashley’s voices once more.

Now to turn our tale to the real world. I believe it was Darren Korb who, on Twitter, asked how many people would go to a music show they would perform in London. Being such a person living in London. I freaked out. I think I cried? My favourite singers ever, coming so close to home? They later announced a free show, on the 24th January 2020, in a little club, and all people had to do was reserve a spot and they could come in. I asked my best friend if he would be interested, coincidentally it was his birthday and he also really enjoyed their music. After much persuading, he agreed, but only if we went to London Zoo before that.

So we got some tickets for both the zoo and the show, went to London, had one hell of a time in the zoo while it wasn’t at all busy, made our way over to near where the club was and sat in a Starbucks for an hour. It hadn’t dawned on me until we were walking into the club what was happening. Nearly 6 years of listening to my absolute favourite artists, dreaming that one day I could hear them live. And now I could. We ordered a couple ciders from the bar and waited for the show to start, and the performance blew me away. I’d never been to a concert before actually, maybe like another small scale music show but nothing very special. Darren and Ashley spoke to the crowd so personally and it was simply amazing seeing them so close to us, being completely casual nerds like the rest of us, then transforming into artists with the strum of a guitar. They even performed ‘Careless Whisper’! It was a day like none other.

So my friend was on particular tablets that weren’t exactly meant to be mixed with alcohol. He failed to remind me of this fact until we were both 3 pints of cider in. He was feeling extremely unwell and told me he needed to leave.

Now over to my perspective. I had never been drunk, and he told me he was going for air while I had just started my third pint. So, after not having eaten for about 5 hours, I downed the rest of it and went to check on him. He’d kinda fallen over on some stairs and a security guard was asking him if he was ok. I’m now in an odd situation. My most beloved voices are drifting over to me while I’m standing with my fallen friend on some stairs, and then the alcohol hits me. We got him over to a chair and the security guard grabbed him some food and water to try and get him able to walk again, and the singing is getting more distant from where we are. My friend keeps telling me to just go and enjoy the rest of the show, but in good faith I couldn’t leave him feeling half-dead. So I said when he feels up to it, we’re gonna make our way back to the train station before there’s a rush of the crowd leaving.

That’s right. I abandoned, what I can’t emphasise enough, my favourite singers. In the world. Right before their climactic performance of the song from Bastion. Because my friend drank when he wasn’t supposed to. To this day, two years later, he berates me for doing that. Anyhow, I’m now fully drunk for the first time in my life and feeling very very funny. He’s still getting the bad effects of the mixture but is also very drunk because of it. We’re stumbling through the late night streets of London, not fully remembering where we’re going. There I am desperate for the bathroom about every 10 minutes and not fully able to walk in a straight line, and eventually, we get on a train. I’m surprised my friend didn’t abandon me on some random street, so props to him for dealing with a laughing, drunken me.

I don’t even remember the time when we made it home. All I knew was I needed to use the bathroom again and I was not yet ready to explain to my family that I was drunk, so I walked in, greeted my dad and brother, got a bottle of water and fell on my bed.

So, that was how I had the greatest experience in my life.