Something sweet is going on in the Valley, yet Licorice Pizza still maintains PTA’s masterful melancholy. 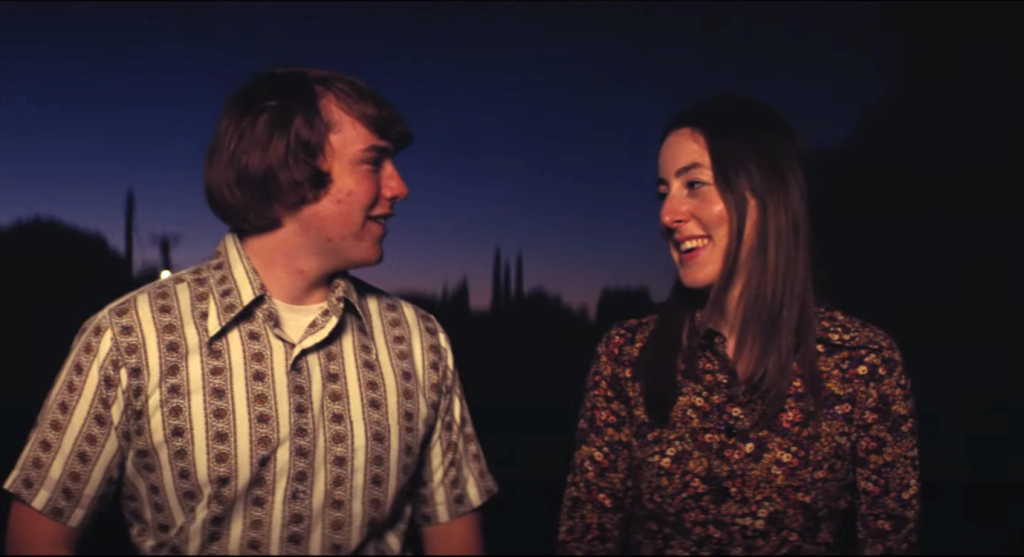 Watching Licorice Pizza for the first time, I have seen it several times since, I sat and I wondered has PTA (Director: Paul Thomas Anderson) ever made a bad film? Some may have reservations with his gloomy Magnolia (1999) and the hazy Inherent Vice (2014), but has PTA ever made a stinker? No! Is this critic’s answer, and after finishing Licorice Pizza I only have further evidence to support my claim.

We meet Gary Valentine played by, the late Philip Seymore Hoffman’s son, Cooper Hoffman in his debut performance. Gary is charming, effortlessly likeable and incredibly precocious, even having a favourite table at Hollywood hangout Tail o’ the Cock. There is a temptation to try and compare Hoffman with his father, especially by previous associations with Anderson’s films. However, Hoffman, the younger, brings to the role something incredibly unique and tantalising, you can’t take your eyes off him, and I hope that he continues acting. Gary meets Alana (Alana Haim), an assistant to the school photographer, and quickly asks her on a date. Alana is sullen, matter of fact, fiery with her peers but lost in the big bad world of adulthood.  They soon hit it off and become friends, teetering on romance but when one gets too hot, the other grows too cold, there’s hardly ever a steady temperature. He’s 15, she’s 25. There are great moments in Licorice pizza where we catch Alana’s tempestuous 20-something wrath decimate the childish, very arrogant, Gary. Every eye roll, every snarl is played to perfect comic timing. We’re in the Los Angeles valley, early 1970s; the story is loose and moves along with the various snapshots of Gary and Alana’s adventures. Such escapades include: a lucrative waterbed business, short lived acting careers, volunteering PR machine for a local council member and the opening of a pinball palace. If that sounds strange to you, it is, and Alana is in a constant struggle to find herself, whether through Gary or on her own terms, things just never seem to add up. Hoffman and Haim are great together and weave a sweetly believable friendship, and bubbling romance. Yes, he’s 15 and she’s 25, but the film perfectly balances genuine sexual tension with teenage perversions. Although, I do wonder what the response would be if the genders were reversed? But I’m staying out of it.

There aren’t many directors that I often eagerly await a new release, but PTA always has my attention and it fills me with great joy that if anybody can produce a great mid-budget comedy in the current studio system, it’s him. Licorice Pizza has a chocolate box of stars including a set-scarred Sean Penn, deliciously mad Bradley Cooper, with a fabulous array of eccentric supporting roles in Tom Waits, Benny Safte and Skyler Gisondo who, each time I see, look forward to seeing again. The real crowd pleaser is Harriet Samson Harris as unhinged talent agent Mary Grady and her eyes do all the work here, delivering subtle glares and flickers. In her only, yet incredibly memorable, scene we are treated to an intimate phone call where, despite only hearing one side, understand everything through a mesmerising close up.  Licorice Pizza has the obligatory retro soundtrack and a damn fine one, with both minor hits and iconic anthems. I had Suzi Quatro and Wings running around my head for several days afterward. It’s punchy, fun and perfectly captures the poppy, youthful energy of the film. The humour is dry and, at times, rather surreal which has caused some Twitterati controversy around a couple of odd encounters with a Japanese restaurant proprietor. Other moments, such as Alana being spanked by a creepy school photographer is also played for comic relief. This may not be everybody’s sense of humour, but it makes us feel innately immersed in a time where the world was slightly smaller, widely ignorant and a little more rugged than today’s. I found myself and the rest of the audience laughing heartily at moments in one screening that received radio silence in another. It makes for a more fun and interesting film that can be both comedy to some, tragedy to others. Like all of PTA’s films there is something bubbling under the surface, something unreachable and desperately melancholic.

While the film does indeed remain hilarious, upon further viewings I found myself laughing less and finding something profoundly sad in Alana finally choosing Gary as her life’s path. While there is triumph in their coming together in romantic embrace, it seems a complacent option after spending the film trying to find something better, something meaningful. A search that is often in vain, from photographer’s assistant, saleswoman, rising starlet, to political campaigner, nothing ever seems to work out. Gary’s world is a fantasy that operates on his whims and has little respect for what’s really going on, man. He’s a teenager, with years ahead and not much to lose. He doesn’t care about professional reputation, the gas crisis, changes in politics; rather how these can help him make a buck and let the Gary Valentine show go on. But are the other worlds on offer any less false? Wouldn’t you rather choose the fantasy with the most fun and optimism? Everything here is detached from the surface, something double, we’re in Encino not Hollywood; nobody can remember the age they are, against the age they want to be; close ups of character expressions that their words do not match; movie types who can’t distinguish life from a film; an all Japanese restaurant without the Japanese; Jews who aren’t Jews and bachelors with boyfriends. Everybody is pretending. Licorice Pizza is a great hang out movie, big stars and fun set pieces. It explores the pain of growing up with plentiful options but restricted means, and being fully grown with increasingly less options. Alana is most happy to tell Gary that his flights of youthful fancy are not how the world works. But, if that’s not how the world works, how should it?