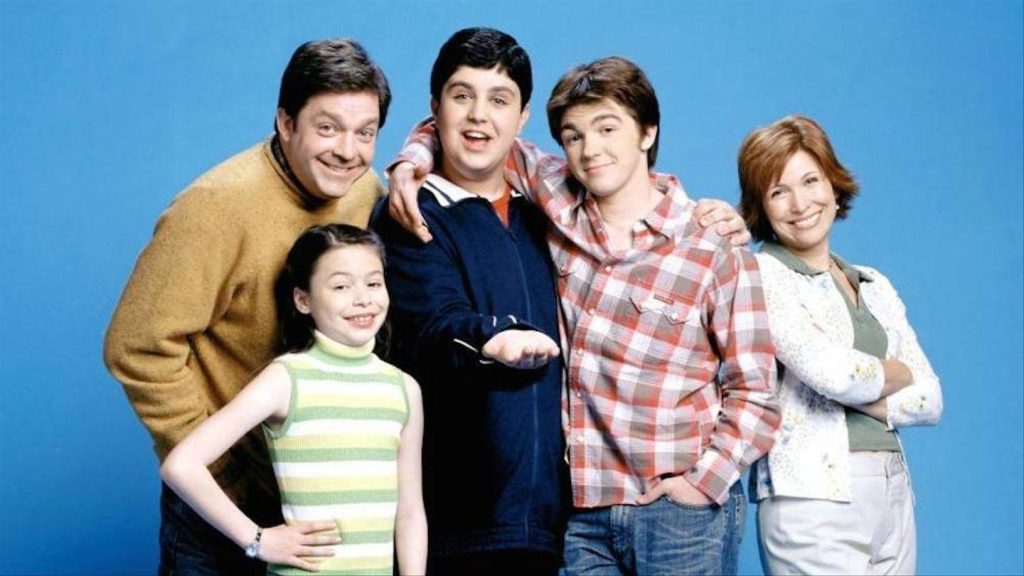 There’s nothing more nostalgic than remembering the days when you would come home after school and put on your favourite show. From Johnny Bravo to Spongebob Squarepants, you were hooked on the excitement that the television had to offer.

The 2000’s was the golden age for kid shows, and the staff here at Networthpick, as we treasure the memories of our childhood, produced a list of our favourite 00’s kid shows!

What’s the sitch when it comes to Kim Possible? This show is built around a fierce heroine, goofy sidekick with a pet naked mole rat, and a tech genius friend who helps them fight crime.

Despite Ron’s (our clumsy sidekick) insecurities and fears that threaten the success of their missions, Kim always manages to find a kick-ass way to save the day.

This American animated action comedy-adventure, assembled by Bob Schooley and Mark McCorkle for Disney Channel. Travel around the world, captivated by stories of villains and hopeful for the gang’s success, whilst watching the double life of our brave heroine, Kim Possible.

They go about their daily lives in Third Street Elementary School, located in Arkansas, living in a microcosm of America. Filled with a school government, class system and a list of unwritten laws, the gang try their best to avoid the evil monarch that rules the playground named King Bob, and his troublesome enforcers.

Surprisingly, this animation between a cat and a mouse who are enemies has been airing since the 1940’s, and still is now!

There are many spin off versions of this show but the one we will remember most is the Tom and Jerry Tales which aired between 2006 to 2008.

The series presents comical fights between a cat (Tom) and a mouse (Jerry) who are lifelong enemies. Each episode is a short plot centering around Tom and Jerry’s several attempts to best the other, leaving a path of destruction in their wake. Despite Tom’s ‘well-thought’ strategies to capture Jerry, he never does because of Jerry’s cunning abilities and luck.

Drake & Josh is an American sitcom following the life of stepbrothers, Drake Parker and Josh Nichols, created by Dan Schneider for Nickelodeon. It aired from 2004 to 2007.

The series captures the essence of what two conflicting teenage step brothers get up to in their daily lives during school, at work, around their family etc. Drake lives with mother Audrey, younger sister Megan, step father Walter, and step brother Josh. In this series, he is the cool and popular kid who stars in his own band, gaining the title of a ladies man, but isn’t the smartest kid in the classroom. Whereas Josh is clumsy, very intellectual but awkward -extremely loving and caring, completely the opposite to his step brother.

Starting with an extremely catchy theme tune, this show will have you enchanted with its whimsical fairy godparents and 10 year old protagonist, Timmy Turner. The premise of the show is quite dark when you think about it; a child who is neglected by his parents and bullied by his babysitter. However, he gains two godparents who happen to be fairies, Cosmo and Wanda, who grant his every wish to enhance his melancholic life. Just like the luck of Tummy Turner, they usually don’t go to plan, causing a multitude of problems which he must fix.

This is my personal favourite in our list as it varied massively to a lot of kid shows in the 00’s. Avatar: The Last Airbender is an anime inspired American television series produced by Nickelodeon Animation Studios; it aired for three seasons from 2005 to 2008.

It is set in an Asiatic-inspired world where numerous people can telekinetically control one of the four elements -water, earth, fire, or air through techniques known as “bending”. The “Avatar” is the title that is given to the only individual (passed down through generations) who is able to control all four elements. Our Avatar is the last remaining airbender called Aaang, who travels the world with his companions, in order to train and gain control over bending the four elements. His responsibilities consist of restoring and maintaining balance between the four nations by fighting off the fire nations advances to take control of the world.

Avatar: The Last Airbender contains concepts that are hardly seen on kids TV such as war, imperialism, genocide and totalitarianism. But don’t worry, it’s definitely more light-hearted than you’re thinking!

This amazing series, featuring actress Raven-Symoné as Raven Baxter, aired on Disney Channel between 2003 and 2007.

That’s So Raven is an American teen sitcom crafted by Susan Sherman and Michael Poryes that portrays the life of a teenager with concealed psychic abilities. The show shows Raven experiencing visions of events to come whilst dealing with personal and social issues of her youth. Often, she finds herself misinterpreting her visions and tries to prevent them from coming true, making use of her fashion design abilities to make refined disguises along the way.

This iconic British TV Series aired from 2002 to 2006 as The Story of Tracey Beaker, and then relaunched as Tracey Beaker Returns in 2010 to 2012. Originally, it was written as a book by Jacqueline Wilson but revised as a children’s television drama, starring Dani Harmer.

Tracey lives under the supervision of ‘Elaine the pain’ at a care home that the residents refer to as “The Dumping Ground”. With her chaotic imagination shown as animations and paired with her consistently breaking the rules while fighting with her nemesis (Justine), you will be compelled to love our protagonist. Tracey Beaker is a good example, while comical, of what kids in the foster system go through during their lifetime.

You and your siblings wished you could have had summers like Phineas and Ferb growing up.

This animated musical-comedy series, created for Disney Channel and Disney XD by Dan Povenmire and Jeff Marsh, aired from 2007 to 2015. The show follows the life of kid step brothers Phineas and Ferb whilst on summer vacation. Everyday is a new adventure for the pair as they embark on new ambitious projects. Naturally, they set unrealistic goals that should be impossible for an eight and ten year old to accomplish, but they always complete their mission.

Phineas and Ferbs’ impressive skills of creating grand inventions, whilst avoiding their controlling older sister who frequently tries to snitch on them to their mum, will have you mesmerised through every episode. It even includes a charming subplot starring a spy platypus with his own troubles.

So here we are, at number one. Worthy of its top spot, The Sarah Jane Adventures is a sci-fi television programme produced by BBC Cymru Wales for CBBC, written by Russell Davies.

It’s a spin-off of the extremely popular BBC series, Doctor Who, adapted for a younger audience. You follow the adventures of Sarah Jane Smith, an investigative journalist with her many adventures across time and space with the Doctor. This show will keep you on the edge of your seats, exhilarated by the drama and action the programme has to offer.