Emotion by Committee: The Problem with Corporate Art 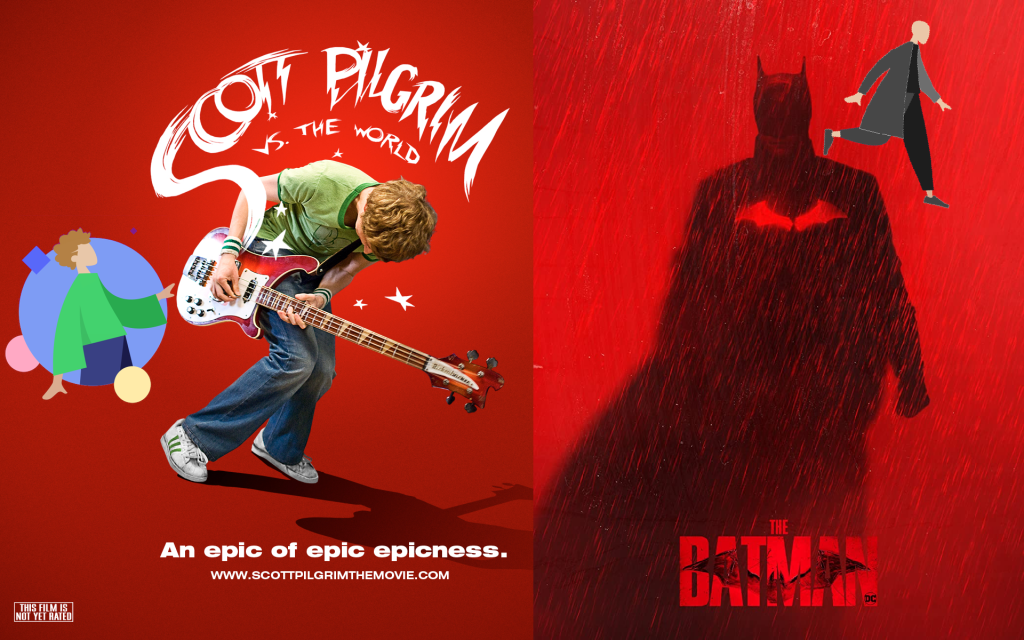 Corporate Memphis is the derogatory name for the infamous ‘corporate art style’, featuring utilitarian and faceless human figures, with block colours and smooth, calming edges. It’s been decried as ‘dystopian’ and ‘inoffensive’. A marketing tactic meant to make a company seem benign and human, it’s so simplistic and interchangeable that the humaaans digital library allows users to design their own Corporate Memphis images. Facebook, Hinge, and almost every start-up under the sun exploits this apparently-harmless style to imply that their service cares about people on a humanistic level, and not a profiteering one.

The Corporate Memphis style often attracts ire from professional illustrators and designers – indeed, if it’s possible to remove the human element and have art be created through drag-and-drop menus, that’s a death knell for real creativity, right? We’ve come a long way from scrawling animals onto cave walls by firelight, regardless. I’m not an artist in the traditional sense, meaning I haven’t drawn a thing since I was ten-years-old, but Corporate Memphis is indicative of a much wider and older problem when it comes to modern media.

Scott Pilgrim vs the World (2010) has been a mainstay of Letterboxd top tens since its release twelve years ago (or, at least, since Letterboxd surged into popularity at the end of the last decade). While its genuine critical merit is irrelevant here, Edgar Wright’s romcom action comic book movie has a considerable cult following. It’s somewhat surprising then, for all the film’s status as a modern classic, that the Scott Pilgrim vs the World we all know and love is not the original version envisioned by the creators. The film initially ended with Scott staying with Knives, as opposed to their mutual break-up in order for Scott to try again with Ramona. The ending was changed after showing it to test audiences – and much of the cast and crew felt that the revised finale was more satisfying.

But should art be created like this? Should creatives be allowed to ‘test the water’, in order to find the most popular ending for a story? This feels, at its core, like a betrayal of the creative process, and all the chances and risks that are taken over the course of making something like a film. Admittedly, this isn’t a damning indictment of Scott Pilgrim vs the World, as the movie is powerful and creative in numerous other aspects. At the risk of sounding pretentious, however, this is just a footnote in the overwhelming sanitisation of popular media.

I’ve written at length already about my distain for the Marvel Cinematic Universe, for its perfunctory stories and upsetting lack of engagement with the ideas it pretends to care about in favour of some more US army funding. I’ve long since accepted that I’m part of a vocal minority when it comes to online discussions about Marvel, and I try not to get loud about it, but I tend to find the franchise dehumanising on a deeper level. Identity, freedom, and power are buzzwords used by disinterested creatives who are being asked to explain what their ‘art’ is about, in an attempt to justify whether the endeavour was worthwhile.

Art should be about something on a real, human level. When we write haunted house stories, for example, we aren’t talking about spooky ghosts or P.K.E meters in the abstract – those are fictional constructs being used to display and explore deeper ideas about the world. A place being haunted is simply a place with history, where the people who lived there and the choices they made linger and impact the present. This is why I’ve never been able to connect with the Conjuring movies (oh look, another cinematic universe), because there seems to be a basic refusal to actually care about anything. An All-American family moves into an old farmstead, haunted by a witch who was executed long ago. There’s little interest in any of the ideas at play; the witch trials as a hugely influential point in Western history, the realities that having psychic powers would have on an individual. Even the emotional toll of living in a haunted house would have on your family is so standardised and lacking in teeth, serving only the scares and a deeper, more insidious, reverence to The Structure.

When I was writing my dissertation script, I was taught by my tutor that structure is merely a tool used to tell the actual story. Elements such as characters and conflict, theming, dialogue and worldbuilding are the real creative endeavour. Structure is simply the basic format used to make sure everything has proper weighting. But, between beat sheets and any hack self-help book selling the same standardised structure to generations of aspiring screenwriters, these parts of the creative process tend to be used only to fit in with the all-powerful structure. You need this to happen on page five, and a revelation on pages fifty-four and seventy-nine, or your script is unprofessional garbage. These structures were created by writers in the process of telling their stories, which went on to become massively successful and popular (The Godfather, Back to the Future), but are instead held up as the most important and vital part of the writing process.

It’s art by committee, art for profit. Taking styles of storytelling that worked in the past, ignoring the context and genuine creativity that informed those styles, and simply remaking them. It’s Stranger Things having no discernible reason for its existence aside from nostalgia for 80s pop culture, Spielberg movies and King novels, being a selling point. It’s DC constantly trying to revamp its comic book movies in the style of Marvel, as opposed to having a unique angle (Joker, anyone?). I don’t proudly call myself a cynic, but as excitement for The Batman grows, I can’t help but feel like we’ve been here before. The extent to which corporations expect us to accept sanitised and re-packaged stories feels not only disheartening, but overwhelmingly dystopian. Why engage with the world, for all its anxieties and problems, when you can lose yourself in yet another rebooted franchise?

Stop the presses – we’ve already solved artistic expression, so there’s no need to make anything new.