Scream 5: Are Slashers Coming Back? 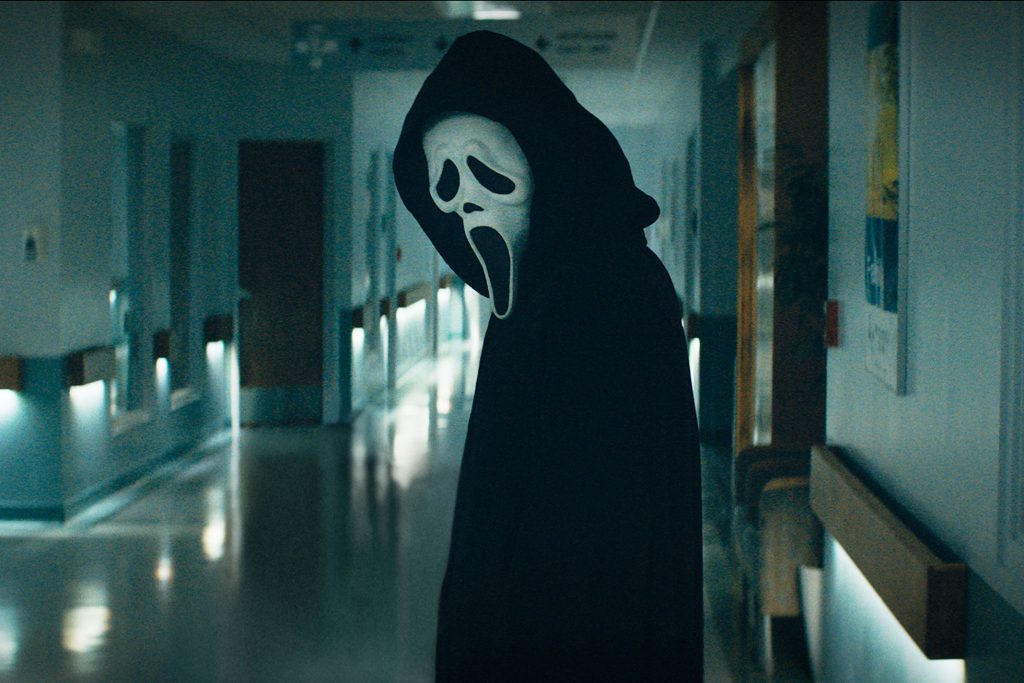 Since it’s release 26 years ago, Scream has become iconic in the slasher genre. It’s a classic and one that any fan of slasher films has probably seen a million times. Its villain Ghostface has become infamous: it’s generated parodies, tv remakes and a huge fanbase, of which I count myself apart of.

The success of the franchise is what made the 5th instalment so highly anticipated, but this success also came with pressure. Not does Scream (2022) have to contend with the love fans have of the original, but it is also the first in the series without Wes Craven. Directors Matt Bettinelli-Olpin and Tyler Gillett had big shoes to fill. Fans expect a lot when they go to watch, as the character Mindy puts it in the film, a ‘requel’: a movie which ‘revisits the subject matter of an earlier film’ or is set in the same universe but is not a remake or a sequel, instead it exists as a sort of mix between a sequel, reboot, and remake. Scream (2022) actually handled these pressures well and delivered; it was more than aware of the pressure it faced, and just like the original, this self-awareness is what makes a Scream movie so good and stand out from other films in the genre.

A slasher movie relies on a certain formula, as most horror movies do, but with a slasher the formulaic nature and heavy reliance on a very specific set of tropes is more noticeable. It features a “indestructible” (usually) serial killer stalking and killing young adults in large numbers: a group of young people are picked off one by one, until the Final Girl outsmarts the killer and is the only one left alive at the end of the film. This tropey aspect of slasher movies is probably one of the reasons the subgenre fell out of popularity in the 00s and 10s – there are only so many times someone can watch this same set of events and still find something new. But slashers have begun to make a comeback in recent years with additions to cult-classics like the new instalments to the Halloween and Scream franchises as well as remakes like the remake of Candyman but also original slashers like The Fear Street Trilogy on Netflix and personally, I think Scream is the perfect franchise to usher in a new generation of slasher films with.

Part of what makes Scream so good and what made the films so fresh in the 90s compared to the slashers of the 1970s is the meta-analysis of itself. Scream is known for being self-aware, with it’s characters, most notable cinephile Randy Meeks, often pointing out the ‘rules’ of surviving horror movies. All the while, analysing the tropes and reasons for them in previous series’ which also allows for a clever subversion of them. In the original Scream film, Randy points out that the two main rules for surviving a horror movie are: don’t have sex and don’t drink or do drugs, “It’s the sin factor,” he says, pointing out the tendency of slasher films to ‘punish’ characters for doing those things.

This iconic scene highlights the misogynistic roots of the Final Girl trope in which the classic Final Girl is typically the studious and reserved type, usually a virgin who doesn’t go to parties etc. This started with the release of Halloween (1978) and continued into to the 80s when the Final Girl was the personification of sexist and almost puritan ideals of femininity. Scream then expertly subverts this idea; Sidney has sex, with the villain no less and is one of the genres leading Final Girls, Gale is ambitious and uses suffering of others to get ahead in her career and survives, Randy drinks and survives. The concept of the Final Girl then becomes something empowering; the Final Girl faces the horrors and comes out on top; she kills the killer.

This resurgence of slasher films has a lot of potential for social commentary, especially with such a meta-filled franchise like Scream. Scream (2022) uses it’s meta to weigh in on online discourse on fan-culture and the toxicity in it. The killers hoping to ‘save’ their favourite movie franchise by providing a body trail for them to follow. Scream (2022) did have its weaknesses; it focuses on nostalgia and bloodlines rather than creating interesting, original characters for the audience to root for, but I personally found it to be a good update for the franchise for new generations. In classic slasher film fashion, the death scenes were just as brutal and horrifying as you’d expect and the two new Final Girls being sisters fighting for each other to survive is a refreshing take on the trope – there’s a lot of potential for the next sequel in this franchise (if there is one) to be even better and to push the idea of updating old and outdated tropes even further.