The current state of Call of Duty multiplayer 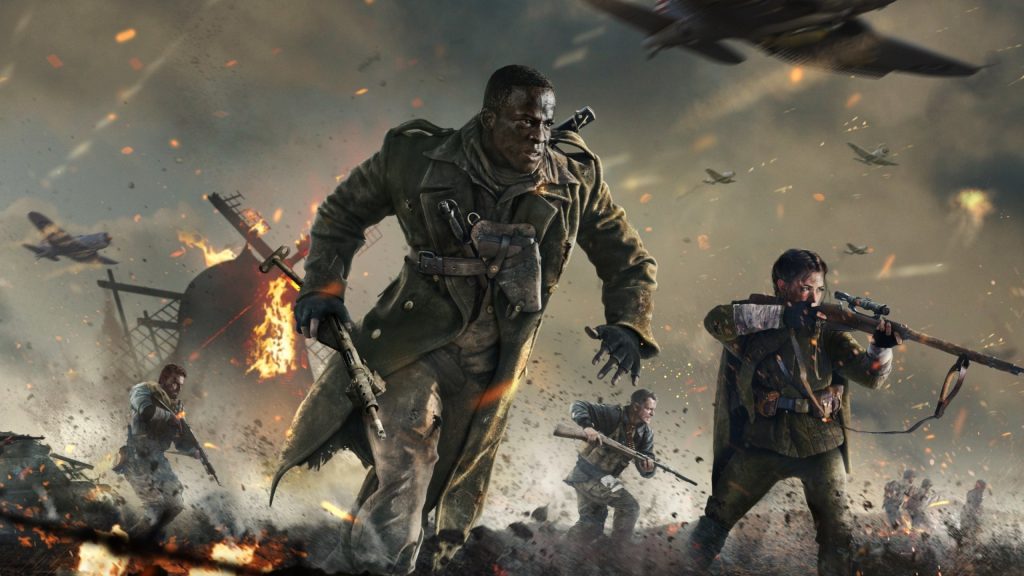 Over the last couple of years, Call of Duty’s multiplayer has been on life support. The multiplayer mode used to be fun and addictive, where millions of people used to log on each day to battle it out on iconic maps like Crash from Modern Warfare or Firing Range from Black Ops. In 2022, the mode is now a shell of its former self, filled with egregious microtransactions, lacklustre content and endless amounts of bugs. Below are some reasons to why Call of Duty multiplayer is the worst it has ever been.

Every single match feels like a complete sweat-fest, as you are continuously paired up against other players of the same skill level as you. Having a challenging match now and again is good, but when you are constantly having to try and play your best, the game just isn’t fun anymore.

For people who love to grind for camos for specific weapons, that task has become a complete chore because everyone else on the opposite team uses meta weapons that are overpowered.

Furthermore, skill-based matchmaking has completely killed the community aspect of Call of Duty multiplayer due to disbanding lobbies after each game that is played. All communication in-game becomes completely pointless because you simply can no longer form friendships or build rivalries.

A big problem with Call of Duty’s multiplayer is actually to do with the franchise as a whole – annual releases. Every year we get a new Call of Duty game without fail and to some players, this seems like a really good thing because we get a brand-new experience. For the majority, it is the reason players turn away to play other games.

Having annual releases for a game that is extremely popular, means the quality of the game takes a massive hit. There are three main developers that are actively developing Call of Duty games: Sledgehammer Games, Treyarch and Infinity Ward. These development studios only have three years to develop their game before it has to be released and it is simply not enough development time for a multimillion-dollar triple A game. It is clear that a lot of the developers who make Call of Duty games have lost their passion to make a great game.

When these games are finally released, the first season is usually delayed by a whole month, so there’s little content in the game to keep players engaged and the majority quit playing two weeks in.

This has been an ongoing trend with Call of Duty since seasons were added in Call of Duty: Modern Warfare (2019).

It is no secret that recent Call of Duty games have been riddled with annoying bugs. In fact, Vanguard has over 100 known bugs to date. Bugs in Call of Duty have become such a huge problem, they are making the game unplayable for most people.

A recent example of an annoying bug is the broken incendiary grenade that was added to Vanguard in season 1. The fire effects are completely broken to the point you cannot see anything on a map like Shipment because your screen is continuously filled with smoke and fire. To make things even worse, every time the new incendiary grenade is thrown, it makes the screen shake and leaves people feeling nauseated while playing.

Three months after launch, Sledgehammer games are now starting to fix bugs in Call of Duty Vanguard, but they have a lot of work to do.

It is no secret that battle royale games have gotten extremely popular over the last few years due to the success of Fortnite: Battle Royale. With the amount of money Fortnite generates each day for Epic Games, Activision wanted a piece of the sweet money pie, and it has been pretty successful for them. Call of Duty Warzone gets remarkably high viewer counts on Twitch and YouTube livestreams and the new Warzone Pacific map recently just launched, driving more interest in the game.

It is no wonder why Call of Duty’s core multiplayer is an after thought at this point. It simply does not generate enough profits to satisfy shareholders. The developers and Activision have completely forgotten what made Call of Duty successful in the first place. They would rather bring new content into Warzone to satisfy the casual players, then bring exciting and engaging content to their dedicated fanbase that have stuck around all these years.

Light at the end of the tunnel

It is not all doom and gloom for Call of Duty and its multiplayer mode. In January 2022, Microsoft announced they are going to acquire Activision Blizzard for $70 billion and the process should finalise in mid-2023. As Call of Duty is an Activision franchise, Microsoft will have full control over the direction and creative processes of all franchises, meaning we should see more passion from developers, better quality games, and hopefully the drop in annual releases.

With the disgraced Activision CEO Bobby Kotick getting kicked out the door and receiving his golden parachute, there’s real hope for change at Activision as employees will have to report to Phil Spencer as CEO, Microsoft Gaming.

Phil Spencer was undoubtedly the “saviour of Xbox” after bringing it back from the brink of death after the failed launch of the Xbox One, and I believe he is the right person to bring the Call of Duty franchise to new heights – while also improving the work culture at Activision Blizzard.

I am not a hater of Call of Duty. I have been a fan of the franchise for over a decade, and I want Call of Duty to thrive. Problems have gotten so bad over the last few years; it has become a chore to play Call of Duty and it is sad to see so many people quit playing. I cannot blame people for moving on to better games, as it’s crystal clear Activision doesn’t care for anything other than profits.

These are my thoughts and opinions. What is your opinion on the state of Call of Duty’s multiplayer? Do you agree with the points I have mentioned above? Get in touch through our social channels.