The Witcher Season 2: A Netflix Review 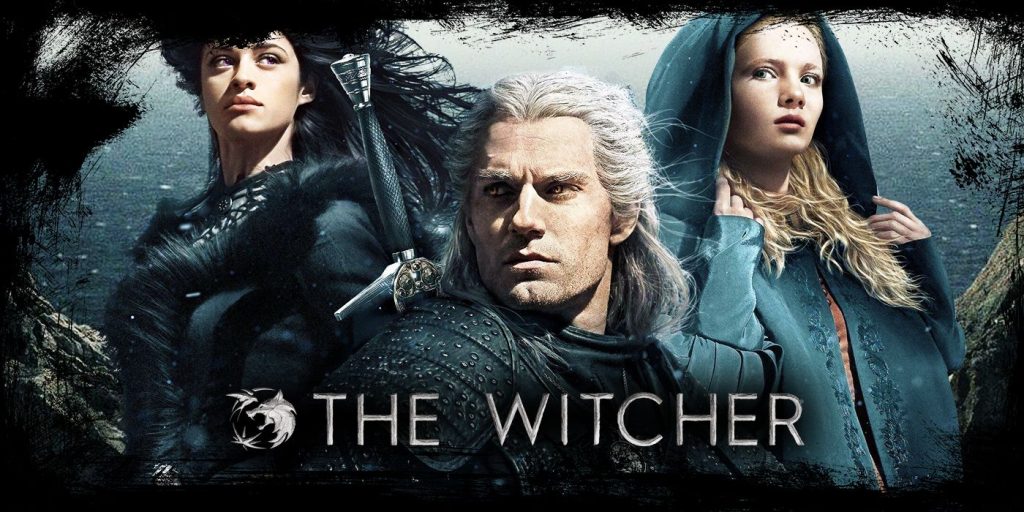 After two years of torturous waiting, The Witcher season 2 has finally arrived. This is the second series of everyone’s beloved book, video game series and now a Netflix  show. Just like the first season, it is filled with abounding twists and turns, and plotlines that are confusing yet exciting.

The Witcher season 2 has captured the hearts of fans, old and new, with its boorish anti-hero, mysterious Child Surprise, mighty sorceress, and a beloved bard with a memorable tune. Currently, it’s topping Netflix charts and has skyrocketed in popularity since its first season’s release in 2019.

Originally, this series was a book by Andrzej Sapkowski and became an extremely successful video game series, then adapted into a Netflix series which has flourished the best parts of The Witcher’s concepts. Season one was just the beginning, as we engaged in short stories describing Geralt’s deeds, The upbringing of Ciri of Cintra, and the troublesome past of sorceress, Yennefer of Vengerberg, before arriving at the start of season 2, where it all is starting to make sense, kind of.

Season two begins straight where the first series ended, at the northern kingdom’s victory during the battle of Sodden. Geralt of Rivia decides to take Princess Ciri of Cintra, his Child Surprise, to Kaer Morhen. This is a fortress where witchers go to train and rest, and Geralt hoped to keep her safe there. Vesemir (Geralt’s mentor) greets them both, alongside the other witchers residing there.

During their time in Kaer Morhen, unstable alliances are crafted, even as power changes between mages, humans and elves. Ciri of Cintra trains under the guidance of Geralt and Sorceress Triss to enhance her physical and magical abilities.

Yennefer is believed to be dead after setting the forest ablaze during the battle of Sodden, eliminating the Nilfgaardian army. But alas, she is alive, sadly losing her control over the Power of Chaos. As she journeys to Aretuza, she hopes to regain her ability to cast magic, then escapes a tricky situation to protect herself.

Cahir, who fronted the attack against Cintra, is leading the hunt for Ciri whilst Dara, her elven friend in the first few episodes, has second thoughts on his alliances. Several different factions are looking for Ciri as her Elder blood can cause a cataclysm or save the world.

It ended in eight masterfully-put together episodes, built from excellent costuming, action, sets, and CGI, with a compelling twisting storyline and a cliffhanger that will have you gasping.

Season 1 introduced the main characters of The Witcher with their backstories through a series of sagas. In this season, we see the relevance of all those stories and how they finally connected.

What had me encaptivated in this series is the development of Ciri’s character and the growing relationship between her and Geralt. In season one, we only see Ciri as a vulnerable princess trying to flee from Cahir, and Geralt as a blunt monster hunter anti-hero. But this season, where Geralt finally accepts the Law of Surprise and adopts Ciri, shows that they bring out the best in each other: teaching us more about their personalities.

Despite Geralt being our protagonist, this season focuses on Ciri and how she must battle between growing up, discovering her elderblood past, finding the source and controlling her powers, and dealing with grief from losing all the people that previously surrounded her (including her powerful grandmother). She was guided and led through her training by Geralt and the other witchers, sorceress Triss then eventually Yennefer.

We learn that all the answers Ciri seeks are buried within her unconscious mind, where she experiences visions of future events. Her screams shatter a monolith on Cintran land which is perhaps the reason why the monsters feel different this season, alongside Ciri humanising them whilst Geralt intuitively wants to kill them.

During the first episode, we see a twisted retelling of Beauty and the Beast, where Ciri’s compassion is displayed by befriending the bruxa. It seems that monsters appear to be in pursuit after Ciri but we never really find out why. What we do know is that each time a monster gets close to her, the series suggests they do not intend to harm young Ciri. But the question here is, are these new monsters a manifestation of her pain and grief? After all, as she states to Triss, her path that was once laid by her grandmother is no longer there, and Ciri must reconstruct herself to survive in a harsher world.

Not only do we see the growing personalities of our main cast and their juxtaposing relationships with monsters, we are presented with a story of injustices towards non-humans and mages, corruption, gore with profound action and an eerie darkness that encompasses the Continent. We grow increasingly on edge as The world of The Witcher saturates with stronger monsters and the looming feeling of war. To me, these concepts make the world more true to itself because we are slowly seeing how every event connects to a bigger story.

The ending to the final episode in itself leaves a lot open to the imagination. The events leading up to it show us a completely different side to Geralt, even stopping Vesemir from trying to defeat the Deathless mother as it meant saving Ciri’s life. In the first season, Geralt would have done the opposite. Little does he know that this is just the beginning of protecting his Child Surprise as the White Flame, Wild Hunt, elves, and monsters are all after her.

A show like this benefits the audience well if they are looking for very gruesome, dark and intense scenery and storylines. Henry Cavill as Geralt, and the rest of the cast, embody their characters to perfection.