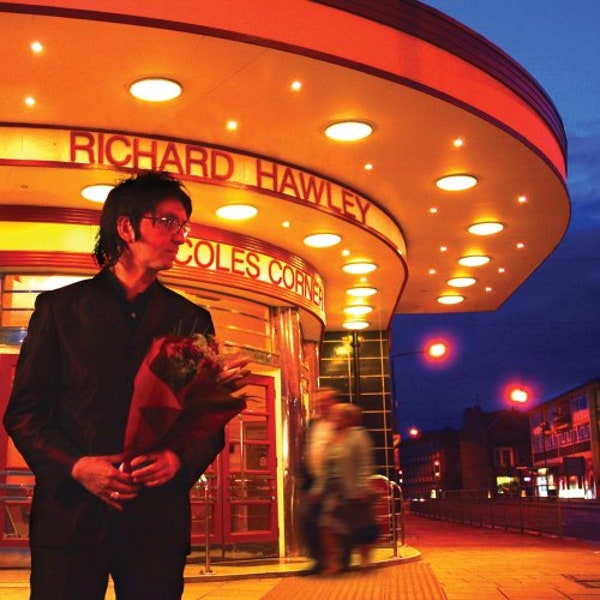 A great album is one where, every listen, you can find something new; no matter how minor the detail, it can always reveal secrets that evaded you. Maybe we heard these things all along and chose to ignore them, but in spite of the 17 years that have elapsed since it came out, Richard Hawley’s third album, Coles Corner, still packs this mystifying punch. It’s an intimate record that’s followed me along the course of my life, tying together all the different snapshots, weaving from childhood to whatever you’d call this current bit.

At the heart of it, this is a very romantic album. So, if there’s a record to be listening to after queuing for hours on the Feast of Saint Valentine, it’s this one.

‘Hold back the night from us,

Cherish the light for us,

Don’t let the shadows hold back the dawn.’

It was the sound of long car journeys back from the coast; head on the window, counting the streetlights or pretending to be asleep.

Not too dissimilar to the track, ‘Born Under a Bad Sign’, which alludes to Hawley’s struggles with alcoholism, this was also the CD that was in the stereo when my brother drunkenly wrote off my mum’s car. I was gutted when we got to the garage, and there was her strange little Suzuki Vitara, looking chewed up with more dents and folds than a crisp packet, whilst Coles Corner sat somewhere inside the wreckage. There was no chance of getting it back, but a few years down the line, I bought another copy.

‘I walk in silence through the snow,

Drifting softly to your door,

Named after Coles Corner in Sheffield, a spot where lovers would go to meet, the album is an enduring account of new love, loss and plain old movin’ on. Sometimes your lover could jilt you on Coles Corner, but other times, they’d be waiting with a flower in their hair. These vignettes of love and love lost show the dynamics to Hawley’s songwriting. The album is in a constant stasis between heartbreak and affirmation on songs like ‘I Sleep Alone’, where a chirpy rockabilly shuffle meet lyrics about living in a room that you long since shared with somebody else. Whilst this is essentially a late-night record, it does give you those rare glimpses of when dawn hits day, but all the while, Hawley’s protagonists yearn to know whether they’ll see in a new day with somebody else.

Maybe there’s someone waiting for me,

With a smile and a flower in her hair.’

Lovers meet in the city and drift apart in simple couplets scattered across the record. Lyrically, there’s little climax to these stories of romance: they ebb and flow and fade to whispers, like life itself. There’s only so much that a song can say and I think Hawley knows these limitations. For all music’s power, Coles Corner is just an album; the great sound between two greater moments of silence.

‘So, think of me, when you feel that moon,

The vulnerability and the enduring strength of Coles Corner comes from the maturity of Hawley’s voice, which feels like an old oak tree that’s been there for your whole life. It’s cradled by the warmth of the production; reverby and comforting, with dew-drop clarity on every brush hit and fingerpick. Tremolo guitars waver like a cornfield in the wind (Darlin’ Wait for Me) and the moan and yawn of lap steel is never far away (Hotel Room). These elements lend themselves to a concise collection of songs that you could’ve heard somewhere before. It’s a constant feeling of nostalgia which can make this record as sad as it is wistful. It conjures flashbacks to faraway songs in the distance of first dates; smiles that flash in old memories and even older photographs. Or maybe that’s just me.

‘What are you like? You’ve had a right life,

And taken a long ride, but oh what a cost.’

Towards the end of the album, the ballads dry up, and we’re left with its Enoesque closer, ‘Last Orders’ – Hawley’s first, and only, foray into ambient music. According to my dad, the first time I heard this one, I complained it was boring and told him to turn it off. But I guess that just shows how much I’ve changed since the release of the 21st century’s great love album. All the while, Coles Corner stayed the same.

But I got you here with me, friend…’