The History of Valentine’s Day 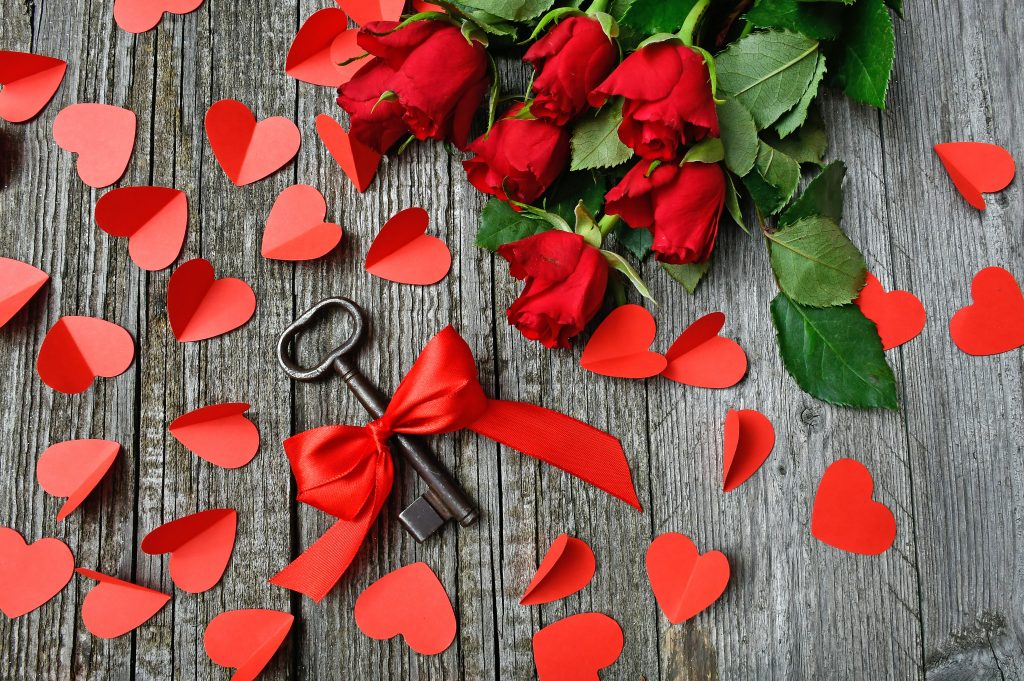 It’s Valentine’s Day, the yearly celebration of love and romance. It’s been a popular European and American celebration for years with many of the traditions we do now like giving cards and chocolate starting in the Victorian era, but did you know it started as a pagan festival?

What is thought to be the origins of Valentine’s Day was a pagan celebration during the Ancient Roman times called Lupercalia. The festival was held on February 15th every year and has been traced all the way back to the 6th century BC. It was held to honour the Roman fertility God Lupercus and Lupercalia, a she-wolf that nursed and nurtured Romulus and Remus (founders of Rome).

The Lupercalia festival would begin with a ritual sacrifice at Lupercal cave where a goat and a dog would be killed, and the blood would be smeared onto the foreheads of two priests who would soon after remove the blood with milk and cloth. Then everyone celebrating would have a feast after the sacrifice and when that was over the priests would cut strips of the recently killed goat’s hide and run around Palatine naked whipping women with the goat hide.

It’s also thought that young boys would draw the names of girls from boxes, and they’d be coupled up for the festival and many got together after it and ended up getting married.

In the later Roman period, the festival was made to be more ‘civilised’, and the priests would whip women while being fully clothes and only hit them on their hands.

With the arrival and popularity of Christianity in late Ancient Rome the festival was banned by Pope Gelasius in 400AD. Soon after the Pope declared February 14th as a day to celebrate the Saint Valentine instead.

There are quite a few Saint Valentines and historians are quite unsure which one inspired the holiday. There are two Saint Valentines who died on February 14th and were executed by Emperor Claudius but most attribute the holiday to the first one. The story of Saint Valentine is that he would help Christians marry, which at the time was forbidden as Christianity was persecuted. He was arrested, brought before Emperor Claudius and after refusing to renounce his faith tried to convert the emperor himself to Christianity, he was swiftly imprisoned (put under house arrest). During his arrest he had met and tutored a blind girl called Julia who was also the daughter of his jailer. After Julia and Valentine prayed together her eyesight was restored by God. When the Emperor heard of this he ordered for Valentine’s execution and on the eve of said execution he wrote a final letter to Julia and signed it ‘From your Valentine.’ Whether you think this actually happened is dependent on your personal beliefs.

Whilst the story of Saint Valentine isn’t necessarily associated with romance, over time due to its replacement of the fertility festival Lupercalia in Ancient Rome, Valentine’s association with marriage and its increasing popularity over centuries, it is now seen as a day of to celebrate romance and the ones you love.

Cards only really became a staple of Valentine’s Day when they started to be mass produced in the 1900s, but the oldest recorded letter that’s been recognised as a Valentine’s letter was a poem written during the medieval times. It was written by Charles, Duke of Orleans in 1415 to his wife when he was imprisoned in the Tower of London after the Battle of Agincourt.

Eventually in the 1900s, as printers became widely used and available, Valentine’s Day cards became a novelty for the celebration and nowadays thousands of cards are sold every year.

Chocolates became a tradition for Valentine’s Day during the Victorian era (1800s). Valentine’s Day was extremely popular in Victorian Britain and people would give each other handmade gifts and cards with designs associated with love, hearts and of course, cupid. Richard Cadbury, son of the founder of Cadbury’s, John Cadbury, had the idea of putting solid/eating chocolates in elaborately decorated boxes that would feature hearts, cupids, and other valentine themed decorations. The idea was that people would gift the box of chocolates and their partner would be able to keep it to store romantic mementos in. These were popular until World War 2 when sugar was rationed and chocolate became a rarity but with the resurgence of wealth and sugar since, chocolate has become a common gift for valentine’s day.