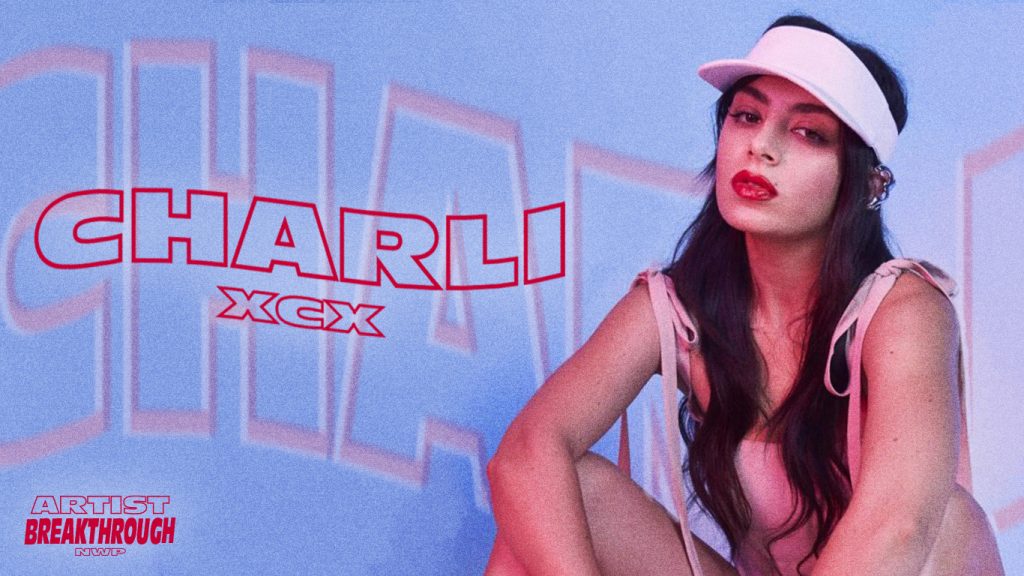 One of the first features on Networthpick’s new series, Artist Breakthrough, is none other than English singer/songwriter, Charli XCX. So far, Charli has dazzled the world with her releases since 2012, and with her highly anticipated new album Crash, it seems she is only just beginning.

Charlotte Emma Aitchison, known professionally as Charli XCX, is yet to release her fifth studio album, Crash, in March 2022. Many of her devoted fans believe Crash will be Charli’s long-awaited breakthrough into the mainstream. Eilish Gilligan from Junkee speculates that Crash is the album that will likely push Charli’s career so far that she will ‘cement her rightful spot’ alongside legendary pop girls like Katy Perry, Rihanna, and Taylor Swift.

So, how did it all begin for Charli XCX?

In 2008 she started posting songs on Myspace (what a throwback!) which led her to be discovered by a promoter who invited her to perform at warehouse raves. She signed a record deal with Asylum Records in 2010 and continued to release various singles and mixtapes. In 2012, Charli XCX collaborated with Swedish duo Icona Pop to release I Love It which quickly rose to international success.

Charli released her debut album True Romance in 2013, but unfortunately it failed to meet commercial expectations. She went on to contribute the hook in Fancy by Iggy Azalea, which as we can all remember, gained vast popularity, and was nominated for two Grammys. She later released her single Boom Clap which became her first top ten single on the Billboard Hot 100. In December 2014, she released her punk-influenced second studio album, Sucker.

In 2015, Charli XCX decided to take a more experimental route, working alongside the producers of PC Music – a London based record label and art collective. PC Music are known for their exaggerated takes on pop music tropes from the 1990s – 2000s, often featuring pitch shifted, feminine vocals and bright synthetic textures.

She released her EP Vroom Vroom in 2016 and the mixtapes Number 1 Angel and Pop 2 in 2017 whilst working on her third studio album Charli, which was finally released in 2019. Charli was filled with notable collaborations such as Troye Sivan, Lizzo, Clairo, and others.

How I’m Feeling Now, her fourth studio album was released in Spring 2020 during the lockdown. The album channels the fears her and her fans were experiencing during the lockdown. Charli XCX tells Apple Music that How I’m Feeling Now was ‘obviously very DIY because of the way the world was’ but Crash, her upcoming album, is the polar opposite: ‘it’s expensive. I want it to feel elevated and luxurious because I feel like I haven’t truly explored that side properly’.

Charli XCX has seen growing popularity and success since releasing her third and fourth studio albums, so what can we expect from Crash?

Crash will be out on all streaming platforms on March 18th, 2022. Last year, Charli dropped her lead single Good Ones, a compelling, gloomy banger about intentionally sacrificing good behaviour and giving in to the dark side. The single is proof that she will continue to reveal her sinister side through painful self-awareness, bringing her ever closer to her fans.

The next single from the record, New Shapes, follows Good Ones, featuring ‘fellow art pop makers’ Caroline Polachek and Christine and the Queens. The running themes of modern hyperpop give us a taste of what Crash will be like – Charli continues to push the boundaries of mainstream pop into more experimental directions. The latest release, Beg For You, dropped on January 27th 2022 featuring Japanese-born singer, songwriter, actress and model Rina Sawayama.

If you are itching to listen to mainstream music that diverts from traditional pop, then keep an eye out for Crash, as it might be that new sound you’ve been looking for. It is her fifth and final album in her current record deal, and will be followed by a UK, EU and US tour after its release.

I’m honoured to have featured Charli XCX at Artist Breakthrough, as I’ve been a fan of hers for a while and I’m excited to see where her career takes her next. She has been in the industry for years and seems to be getting more and more recognition with every release. Will we see her standing alongside worldwide pop idols in 2022 as predicted? We’ll have to find out!