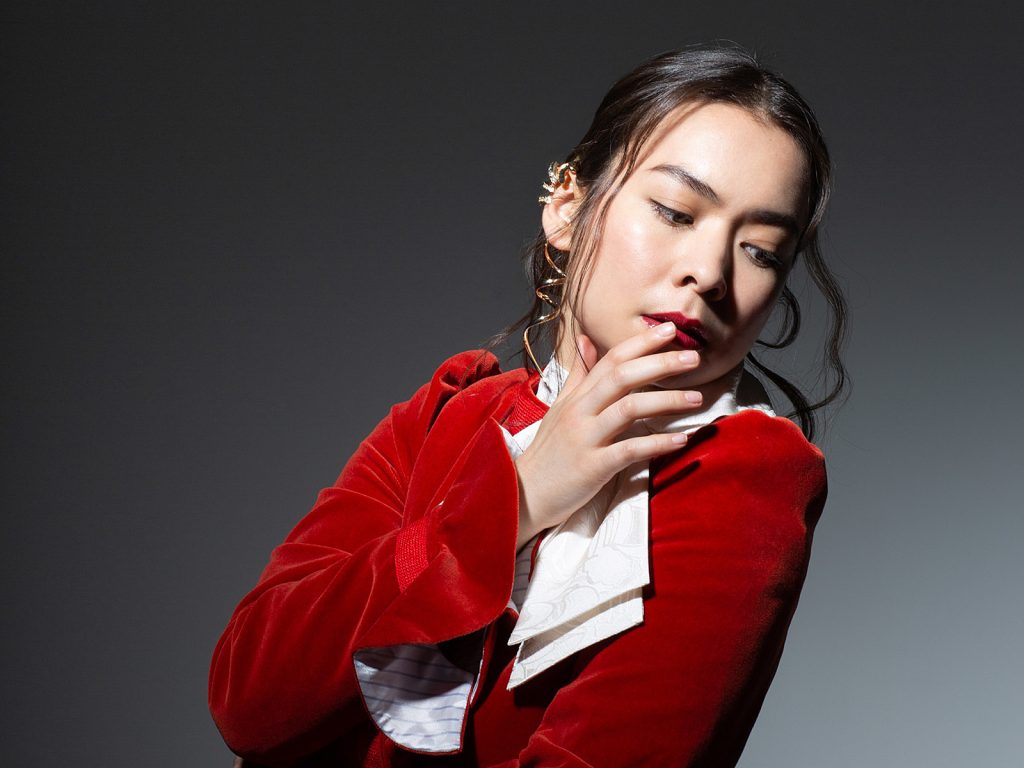 One of the most popular indie-rock artists today, Mitski is known for her emotionally honest and vulnerable song writing, that speaks to the complex and deep nature of human experiences and that has inspired a large cult following of dedicated fans. Laurel Hell in this sense is no different: an album of transformation, the exhaustive feeling of creative-burnout but also coming back from that and hope.

It’s hard to believe that this album almost never happened.

After years of hard work, almost non-stop touring and releasing of albums, Mitski had reached her limit and made the decision to step back from music completely in 2018, although her hiatus didn’t officially begin until late 2019. But, by early 2020, Mitski had changed her mind and in an interview with Apple Music, she described the feeling of regret she felt at making the decision to ‘quit’ – “I was feeling a deep surge of regret because I was like, ‘Oh my god, what did I do?’” she says. “I let go of this career that I had worked so hard to get and I finally got, and I just left it all behind. I might have made the greatest mistake of my life”.

However, the physical exhaustion of touring wasn’t the only factor that pushed her away from music: the ultra-consumerist nature of the industry was also a major factor, “the music industry is this supersaturated version of consumerism. You are the product being consumed, bought, and sold,” she tells Rolling Stone.

Although she has returned, to the delight of her fanbase, Mitski’s complicated feelings about the music industry and creating authentic art is evident throughout the album, from the title to the leading singles. Laurel Hell, the album’s title, is a reference to a term from the Southern Appalachians in the US where thickets of laurel bushes grow to be so dense and wide that people often get stuck inside and can’t get out – sometimes not making it out at all and dying inside them. Speaking on the title choice for this album, Mitski told Apple Music, ‘I liked the notion of being stuck inside this explosion of flowers and perhaps even dying inside one of them’. A metaphor for the music industry? Maybe, maybe not.

Mitski’s complicated feelings toward the music industry are also just as apparent in the opening two songs on the album.

Valentine, Texas opens with the lyrics ‘let’s step carefully into the dark / once we’re there I’ll remember my way around’ speak to Mitski’s return to making music and are an excellent opener to the album. Alongside Mitski’s return to the music industry, the song also speaks to the strange parasocial relationship shared with the people who listen to and relate so deeply to her music. The trouble with being such an authentic and emotionally honest artist, especially with such a large following, is that it inevitably requires sharing deeply intimate and personal parts of yourself to strangers, which must be incredibly difficult for private people. ‘I’ll show you who my sweethearts never meet’, Mitski sings. Fittingly, the song is darker and more subdued than many of the other pop songs that appear on the album – hauntingly beautiful, it builds and builds before exploding midway through.

Working For The Knife, the first single on the album, also speaks to these complicated feelings about being a working artist. In an interview with Apple Music, Mitski says the song is about ‘going from being a kid with a dream, to a grown up with a job, and feeling that somewhere along the way you got left behind’. A powerful song, Working For The Knife is very reminiscent of Mitski’s early work and fits perfectly with the emotional honesty of the album.

“ I always thought the choice was mine

And I was right, but I just chose wrong

I start the day lying and end with the truth

That I’m dying for the knife.”

Mitski’s vocals are as powerful and expressive as ever, backed by a synth heavy instrumental. The song perfectly captures feeling disenchanted with the adult world and pressure to create, put to a beautiful and intense melody.

The album then shifts with Stay Soft, to a poppier and dancier vibe and songs more about the complexity found in romantic relationships – a subject often touched on in Mitski’s work. Stay Soft is much more upbeat than the songs before it with a more punk-rock feel. Mitski describes it as a song about ‘hurt people finding each other and using sex to make sense of their pain’ and it speaks to the tendency people have to close themselves off emotionally after getting hurt, ‘You stay soft, get beaten / Only natural to harden up’. Despite the melancholic subject matter, the beat is irresistible and impossible not to dance to – easily one of the best songs on the album.

The pop vibes continue with The Only Heartbreaker, a bop that opens with a synth beat almost indistinguishable from a-Ha’s Take On Me and one of my favourite lyrics from the entire album, ‘If you would just make one mistake / What a relief that would be’. This true 80s hit is about finding yourself being the ‘bad guy’ in a relationship. When speaking about this song to Apple Music, Mitski speaks about how she wanted to deviate from other pop songs where there is a clear cut ‘good’ guy vs ‘bad’ guy narrative and wanted to ‘depict something sadder beneath the surface, that maybe the reason you’re always the one making mistakes is because you’re the only one trying’.

Love Me More follows immediately after, similar in both sound and theme. Another very 80s sounding track about craving love and affection and finding a purpose in life, ‘But when I’m done singing this song / I will have to find something else / To do to keep me here’. Written before the pandemic, the songs themes and meanings have evolved and taken on a very different meaning two years in, as well as it’s sound. On the process of making the album Mitski revealed that many of the songs were written pre-pandemic and mixed and produced during the pandemic, giving them a very different sound than originally intended, she and producer Patrick Hyland ‘couldn’t stand the idea of making another sad, dreary album’ which is where the heavy 80s pop influence comes in.

Laurel Hell feels very much like a signature Mitski album, with some very upbeat pop-rock songs that definitely stand out as some of the best on the album.