Music of the NES: Title Tracks 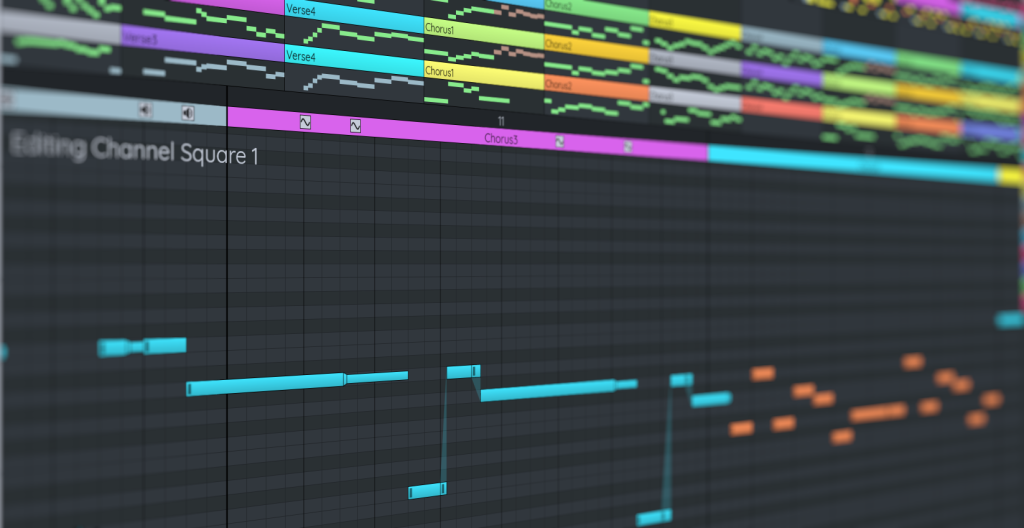 Booting up a game should feel good. It should make you feel good. Whether that “good” feeling equates to fear, excitement or intrigue, depends largely on the nature of the game itself, but that feeling should be present regardless, when the title screen hits.

A lot goes into creating the intended atmosphere in a video game, and I believe that the building of said atmosphere should begin… well, at the beginning.

We’ll start by using ‘Cuphead’ as an example.

For those who don’t know, Cuphead is a ‘run-and-gun’ platforming game, that adopts the ‘Rubberhose’ style of illustration – Think of a cartoon from the 1930s, such as the original Felix the Cat cartoons, or early Mickey Mouse shorts – It’s bouncy and fun, but has sinister undertones, and these properties are reflected in the game’s opening theme. The lyrics hint at a grisly fate for our protagonists if they “don’t succeed”, while the acapella harmonising is reminiscent of a “barbershop quartet”, making players feel almost as though they’ve booted up a time machine set to the 1930s, rather than a video game. In short, the theme does a perfect job of setting up the jaunty yet grotesque vibe the overall game exudes.

We’ll give the NES a pass on lyrics, as those were rarely-if-at-all present in gaming soundtracks until a much later generation.

It is often the case that the most memorable tracks from a game aren’t the title track. Super Mario Bros. 3 boasts iconic overworld themes, while fans of games such as Contra and River City Ransom are fond of their boss battle music.

But that doesn’t mean that the NES had nothing to offer us in the way of iconic openers, even with the 8-bit limitations.

Not every NES game had a title track, but those that did, usually treated us to 8-10 seconds of bouncy, 8-bit bliss.

One of my personal favourite tracks comes from Kid Icarus. It’s one of the rare, longer title tracks, but the opening melody was clearly enough to draw people in, making many cameos and easter egg appearances in future Kid Icarus titles. The theme is upbeat and heroic and does a good job of preparing players for the mythical journey up ahead.

The composer for Kid Icarus, Hirokazu Tanaka, also composed the music for Metroid. The slow, deliberate notes of Metroid’s opening theme, along with the imposing bass, shoved players into a world of mystery and suspense, and dare I say, dread. If left idle for long enough, the track lightens up a touch, but is still far less jovial than what Nintendo fans were used to at this point in time.

The theme song for action-adventure game The Immortal does a wonderful job of letting players know the time period in which it is set. Like Kid Icarus, the theme has a heroic feel to it, fitting the game’s main plot of a medieval wizard traversing a dangerous labyrinth. In my opinion, themes that give players that “time machine” feel are almost always the way to go when picking the soundtrack for a period game, as they create immersion right off the bat.

Dr. Mario actually provided contrast with its title theme, opting to give players a track that was strange, but calm enough, perhaps to throw them off from the frantic nature of the game itself (although a later track, Fever, would embody the pace of the gameplay beautifully). Either way, it was a fun change of pace from the music that fans had so far experienced from mainline Mario games.

The 8-bit style worked beautifully with Sci-Fi games like Mega Man, as the computerised sound epitomised the game’s focus on futuristic robots, and the struggle of our humanoid robot protagonist. My personal favourite is the Elec Man Stage theme, but I find that the soundtrack as a whole is a great encapsulation of the pace, style and story of Mega Man. But I’m no expert on the matter.

Certain NES games did not start with splash screens, but rather dove straight into an introductory cutscene, with accompanying music. For the sake of my love of Crystalis and Vice (or at least, the music of Vice, as I have yet to complete the game), I will be counting these accompanying tracks as title themes.

Crystalis does eventually show a title screen, and while I prefer the theme that plays here to the cutscene track, the pairing of the two contributes more to the building of a mystical, adventurous RPG atmosphere than either track would on its own. As my treat to you, the reader, I’ve linked them both here!

Even the most iconic video game song of all time did not play until after the title screen. That’s right; despite being known as the iconic theme song of Super Mario Bros., the 1-1 theme did not begin until the start of the equally iconic first level, with players having to select the number of players first, on an all-too silent title screen.

Speaking of iconic, the NES also gave us the timeless theme of The Legend of Zelda, which has since seen a number of remixes and orchestral evolutions, with players of all ages forming attachments with one iteration or another. But 36 years on, and I still believe that nothing can top the original ‘chiptune’ classic, composed by Koji Kondo.

All in all, when an NES game had a title theme, more often than not, it was knocked out of the park. If they weren’t creating atmosphere, tracks were uplifting and catchy, which perfectly emphasised the approach of a family-friendly gaming experience.