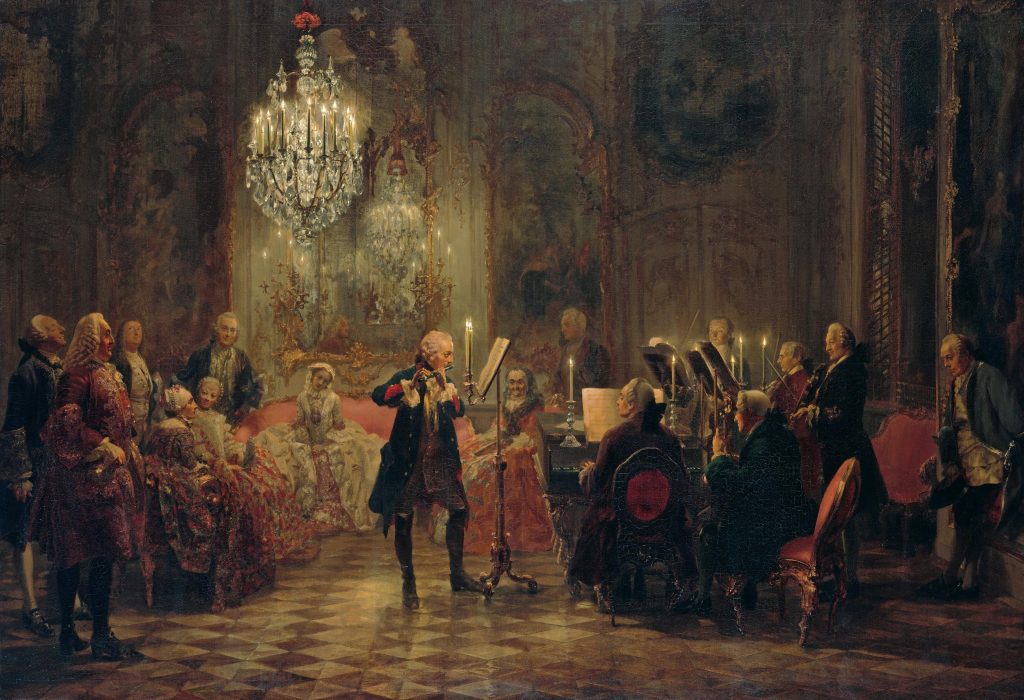 It’s that time of year again, romance is in the air as valentine’s day is just round the corner. There is no better way to celebrate the season than talking about the era of romance itself.

The late 18th to 19th century, in Western civilization, was considered the Romantic era. What makes this time more alluring is the fact it followed the Classic era, which had completely opposite ideals in comparison. Through the events of enlightenment and rationalism, this time in history birthed cultures, art, music etc. that highlighted every part of life; individuality, subjective thoughts, imagination, irrationalism, being spontaneous, expressing your emotions and so on.

Romanticism pathed a new way of life in western culture, placing steppingstones for future generations, and that is clearly expressed within art and music from this time.

What makes music from the Romantic era so interesting is that it was the dawn of our modern day film scores. But before I write about modern composition inspired by Romanticism, I will describe what Romantic music actually is.

Musical Practises from the Romantic Era

The crux of composers from the Romantic era viewed music as an aid to express emotions and individuality. The musical art form was considered the most capable of expressing the full range of human emotion. In turn, music was used as a tool to communicate stories to the audience through having a broadened capacity to define emotional composition.

Romantic composers often used distinct narratives that prioritised the emotional aspect of life, breaking many of their predecessors’ musical rules. However, they didn’t completely reject Classicism, romantic composers used its systems as an infrastructure to their own creations.

Romanticism didn’t think formal structuring in music was as important as true emotional expression. Because of this, composers were seen to rebel against the explicit restraints from the previous era.

Harmonic progression (or chord progression) really began to expand in the Romantic era, using dominant eleventh chords, thirteenth chords, borrowed chords etc. in their music. A key chord progression that is commonly found in composition from this time is the resolution of an augmented sixth chord to a dominant seventh chord. Composers often used harmony and counterpoint techniques as well.

Astonishingly, Romantic orchestras had as many as 100 musicians, sometimes more. This time featured a greater use of piano and brass.

The Romantic period sprung new forms. In addition to the traditional structures from the Classic era, such as the sonata or symphony, we gained access to new musical forms; the rhapsody, the nocturn, overture, the concert etude and more.

Dynamic range in musical composition is really important as this technique is the main key feature towards emotional expression. This period commonly used the

Rubato technique which consisted of the slight speeding up and slowing down of the bmp. This was also paired with a larger range in pitch.

Composers desired to use composition to celebrate their own countries, so they incorporated nationalism in their music.

Influential Composers from the Romantic Era

Although people believe that Beethoven is the originator to the Romanticism musical approach, this is only true of his later music. Saying that, Beethoven, alongside other composers such as Tchaikovsky, Johannes Brahms, and Edvard Grieg, were the most influential composers of the time.

Tchaikovsky’s most famous works consisted of The Nutcracker, Swan Lake, Romeo and Juliet Fantasy-Overture and more. Many, many modern films and compositions use and adapt these famous compositions, so even if you haven’t heard of him, you’ve definitely (hopefully!) heard Tchaikovsky’s music.

Beethoven lived and worked during the transition from classicism to Romanticism and inspired many composers who came after him. More than any other composer from this era, Ludwig van Beethoven changed the course of music history through his nine symphonies that stretched the boundaries of music theory.

“Beethoven’s symphonies shifted the terrain.” I agree with this because life would never be the same again if you really think about it.

His way of forming a composition using techniques such as melodic development, harmony,  and orchestration lead musicians into open-ended possibilities when composing. Even now, almost 200 years after his death, we hear his compositions in everyday life; in adverts, on the radio, during music classes and so on. There is nothing more important in a composition than emotional expression. So, in retrospect, Romanticism inspired every piece of music in western history past the 19th century. This is very apparent during 1920’s film scores.

Back then, films had no dialogue so the music was the main source of communicating the characters emotions. If we look at a few samples such as:

The intro to this film described to us how stokers (a person who works the furnace on a steam train/ship) don’t earn enough wages and are paid in ‘sweat and coal-dust’.

Although the characters have no dialogue, so they are unable to verbally express their emotions, the music does that for us. It begins with bellowing brass and woodwind sections when the first character we meet is working a hot furnace, then to subtle strings when he knows he has done a good job.

30 minutes later, in this moment, we see passengers aboard the barge dancing to an uplifting waltz when a man jumps up to announce he is going to marry the girl of his dreams, right there and then.

The composition in this scene fits perfectly as the soft strings and piano tell a story of love that is new and frightening yet enticing.

King Kong is probably one of the most well known films in cinematic history, with many adaptations that followed it.

Often Romantic composers used nature as a subject of inspirations and King Kong is all about a gorilla terrorising Skull Island and falling in love with a beautiful actress.

Even the title theme alone showed how composer Max Steiner used Expressionism in his works, a movement that was directly influenced by Romanticism.

This theme perfectly fits the atmosphere of the film to perfection, foreshadowing all the twists and turns in the narrative. Steiner used chaotic string, heavy percussion with crashing cymbals, deep brass and techniques such as tremolo to truly create a soundscape that matches the intensity on screen. Just when you think this composition is at its peak, it just keeps getting more impressive.

I know the 1920’s is not exactly modern in the 21st century but even today, we are inspired by the big sweeping orchestras, music theory, and freedom of emotional expression that the Romantic era gave to us. Every film score, game soundtrack, advert etc. that includes music that provokes an emotional reaction from the listener is directly inspired by Romanticism.