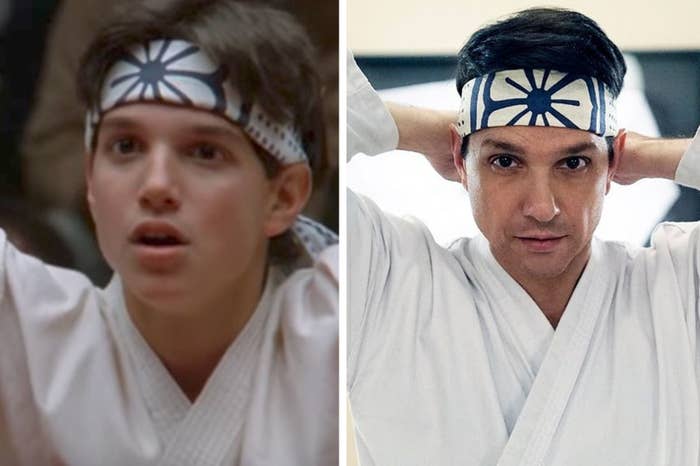 Cobra Kai seemed to pull off the impossible. After 3 lacklustre sequels and a disappointing reboot, it was a TV series (released 34 years after the original film and first streamed on YouTube Red), that became a smash hit and managed to revitalise interest in the Karate Kid series.

This success is in no small part due to the series borrowing so much from the original film. From endless obscure easter eggs even diehard fans are bound to miss, to mirroring much of the original film’s plot, Cobra Kai seems to have found a way to borrow the best of what came before. The creators have even sprinkled in some new elements and have crafted an incredibly fun and satisfying narrative from the Karate Kid formula.

Still, despite their similarities, I found something missing: Cobra Kai lacks the social commentary of the original Karate Kid.

But social commentary in The Karate Kid? It’s not exactly the first thing that comes to mind when thinking about the film, but to most people’s surprise, deeply interwoven in this fun popcorn movie is a surprisingly subversive portrayal of 80s America.

At the centre of this crowd-pleasing blockbuster is a story about class and inequality. The film opens with Daniel and his mother moving to California in the search of a better life, with nothing but a beaten-up old station wagon; the kind that needs pushing to get it moving. They arrive at their new home on the west coast, a rundown motel complete with an empty pool and rooms with no working taps. This portrait of a working-class family is immediately contrasted with Daniel’s tormentors- Johnny and his gang of Cobra Kais. The gang, Johnny included, are a group of spoiled rich kids that all go to the karate club that Daniel can’t afford, attend the same country club and ride around on an expensive set of matching dirt bikes. When the bullies mock Daniel it’s often his lack of wealth that is the subject of ridicule. 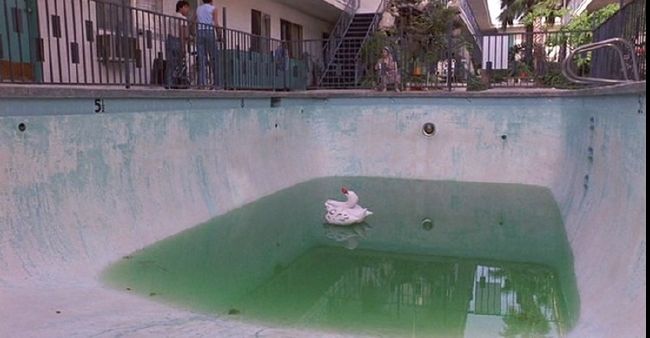 Daniel’s struggle with class continues in his relationship with his classmate – and later, girlfriend – Ali. In their very first scene together, Ali’s wealth is pointed out to Daniel as if to say he has no chance. Even though they do eventually end up taking a liking to each other, Daniel struggles to pursue the relationship because her social status makes him feel inadequate. On their first date, he acts sheepish around Ali’s parents when they ask him what part of town he’s from, and he lashes out as he is forced to compare his mum’s car to the brand new one driven by Ali’s wealthy friends.

No scene better illustrates this divide than when Daniel attempts to enter Ali’s country club. Unable to get in through the front door, Daniel sneaks into the club, blending in easily with the staff , only to be mercilessly laughed at – not only by his bullies, but all the guests. With the scene’s frantic editing, erratic use of insert shots and the overbearing sound of mocking laughter, it’s cartoonish, over the top and the one surreal moment in an otherwise naturalistic film. The reason for breaking its conventions was simple: to portray the entire upper class to be as cruel and belittling to Daniel as his high school bullies.

For context, this stark divide between rich and poor was not unusual for 80s cinema. Whether they be dramas like Wall Street or action movies like Robocop, the era was full of examples depicting the evils of extreme capitalism. In fact, these films are largely where we get the evil businessman stock character from (of which Karate Kid 3 has the best example). But the teen movies of this era were a different story. Dominated by the likes of John Hughes, and films like Sixteen Candles and Ferris Bueller’s Day Off, which always featured protagonists who were rich suburbanites unconcerned with the outside world.

Despite also being a feel-good teen movie, Daniel could not be a more different type of protagonist for this era. Though otherwise dripping in 80s optimism, the film still explores dark subject matter. It’s the balance of the two that makes the film a classic.

Though often overlooked, it’s an essential component of the Karate Kid story. Daniel’s class divide adds to his sense of alienation and It is because of this alienation that the heart of the film, the relationship between Daniel and his teacher, Mr Miyagi, works so well. Miyagi, like Daniel, is also isolated, living on his own after his family were tragically killed at the hands of American internment camps. Miyagi is also shown to be mocked; by racists and his rival that dismisses him but by the final act the two outsiders come together to win out against their opponents, and we get our happy ending.

Fast forward to Cobra Kai, and the roles have been completely swapped. Johnny is now a down on his luck alcoholic living in a poor neighbourhood, while Daniel lives in the valley and has climbed his way to the top as a successful business owner. But it’s not simply a role reversal: Daniel never becomes the bad guy and even attempts to financially help Johnny. Strangely this change in status between the two is rarely even acknowledged between the two and never adds to their rivalry.

In another example of missed opportunity, compare how the show presents the relationship between Miguel and Sam. Both from different social classes, they have the exact same dynamic as Daniel and Ali, yet their difference in wealth never factors into any conflict between the two.

This is shown yet again, in the wider context of Cobra Kai’s story. There’s no indication of any class discrimination by the rich like in The Karate Kid, in fact it seems to be the other way around. Most of the poor characters are now the villains; John Kresse has gone from the owner of an expensive gym to a homeless war vet who’s fallen on hard times, and the show introduces Tori who, like Daniel, is alienated by poverty and finds a wealthier rival in Sam. However, in this story, Tori’s lack of wealth is tied to her villainy. She is bitter at the rich kids who have it better and vows to violently get even. Comparing the two, it seems that class is applied to story in a haphazard fashion- there wasn’t really any attempt to translate the subtext from The Karate Kid in a any meaningful way. But why?

For a TV series that borrows so heavily from its source material, why did they scrub the show clean of all these themes that were so clearly woven into the original. Whatever the reason, it’s disappointing. After all, why should social commentary be relegated to the realm of high art? The Karate Kid is the perfect example of a film that’s a crowd-pleasing Hollywood blockbuster, while still managing to fit in subtle criticism of the status quo and the film is much more interesting for it.

It is possible that these ideas simply went unnoticed and unfortunately, this is a problem all the sequels have. Every follow up lacks the original’s thoughtfulness. The antagonists don’t represent anything meaningful and simply fall flat, the 2010 remake swaps out internment camps for a politically neutral tragedy and it doesn’t resonate in the same way. It’s the same with Cobra Kai; the show borrows from the quotable lines and iconic training montages to recapture the fun, light-hearted side of the original, and in so many ways it is a worthy successor, but there’s a reason it will never reach the same heights as the first film. The trouble with Cobra Kai is that it lacks the nuanced exploration of the issues at the heart of the story, that made the Karate Kid beloved for almost 40 years.