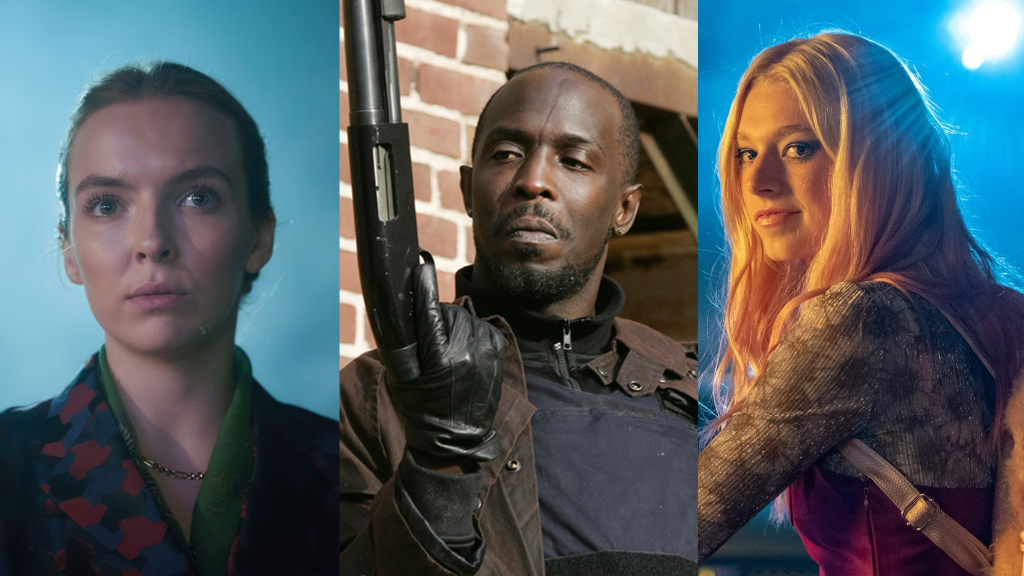 Representation is important. It’s a great way to help people who are unfamiliar with a group or community to empathise and understand their struggles better. It’s also great for the group being represented as they can better relate to a character and see a story similar to their own being told. In my opinion, representation is a sign of good writing; why would anyone not want a diverse range of perspectives to tell a story from? Nobody wants the same old character archetypes again and again. I’ve chosen these characters based on how much their journeys interested me so if your fave isn’t on the list, I’ve either not watched the show, or they may not be to my taste. Also, it’s one character per series as many of the shows on this list have multiple LGBT characters, I just picked my favourite.

As the main character of the great LGBT ballroom-centred show Pose, Blanca had to make this list. After being diagnosed with HIV she decides to live out her dreams and form House of Evangelista by taking in other young people who don’t have a home. Her story is filled with both happiness, comedy, and tragedy, but the great thing about Blanca is that she always keeps her caring nature and pride for her community. Despite being a very morally good character, she is still a very down to earth and realistic person, which many shows fail to achieve whenever they write good/heroic characters.

Eric Effiong is the best friend of one of the main characters in the show, Otis, and comes from a religious Nigerian family who have yet to fully accept his sexuality. Although I initially thought he was going fit the classic gay best friend trope; throughout the series his character becomes so much more. He’s a guy with a big personality and a lot of confidence but has his vulnerable and flawed moments to match.

This charming and terrifying antagonist is definitely one of the best parts of Killing Eve. With her stylish fashion, sense of humour and intelligence she’s incredibly likeable, and you can’t help but root for her – even with her brutally killing people throughout the series. Her mutually obsessive and romantically charged relationship with the protagonist (Eve) drives the show through an exciting and fascinating arc that wildly escalates throughout the show.

Glee was one of the biggest shows from the early 2010s and is good evidence for how far television has come in LGBT+ representation. It does, of course, have its flaws, especially with its representation of bisexuality, but nonetheless is one of the most iconic and popular shows that helped start a move to more inclusivity and diversity in Hollywood. Kurt was the first openly gay character in the series and also a main character. He struggles and comes to accept his identity throughout the series whilst providing classic Glee moments like kicking a field goal while dancing to Single Ladies.

Another 2010s show that paved the way for diversity and LGBT representation is Orange Is the New Black, where Emmy-nominated Laverne Cox plays a trans inmate in a woman’s prison. In her flashbacks, she deals with the difficulties and cost of transitioning, while in the current timeline, dealing with discrimination from other inmates and the prison system. Her character shows the challenges that many transgender prisoners face in a system that doesn’t treat them with dignity, whilst still having enough balance to not show her as a completely passive or helpless victim.

In the hilarious cop comedy show Brooklyn Nine-Nine, Rosa is a tough, stern, and smart detective who is an integral part of the show. After the actress came out as bisexual, fans were eager for Rosa to be bisexual also, and in Season 5, Rosa came out to her friends and family. Representation like Rosa is great as her bisexuality doesn’t necessarily play a central plot in the show but is simply another aspect of her character. It’s also important that her character specifically came out as bisexual rather than Rosa simply having a fluid and often overt sexuality like most bisexual representation, which there’s nothing wrong with, but it’s good to have a change.

From a more recent and highly discussed show is Jules Vaughn, a trans teen and the main love interest to Rue (protagonist), in the dark high school drama, Euphoria. As with all the characters in the show, she is deeply complex with a traumatic past and complicated relationships. The show is not afraid to explore darker aspects of trans life, and Jules struggles to navigate her expression of identity, sexuality, and intense relationship with Rue Bennett, a girl who struggles with severe drug addiction.

As an incredibly nuanced character, the late Michael Kenneth Williams plays Omar Little in The Wire. Omar’s an infamous ‘stick-up man’ who robs street drug dealers, and he operates on a strict moral code of not killing civilians (innocent people). He’s as violent as he is tender, which not only separates him from often shallow and simple LGBT characters, but also makes him stand out in general – for blurring the lines of morality and what makes a person good or bad.

In a dystopian world where the few women who can give birth are violently oppressed, one would wonder how a lesbian woman would fit into such a world. This question is answered by Emily, one of the central side characters in The Handmaid’s Tale. After being separated from her wife and son at the Canadian border, Emily is criminalised for being a lesbian, and enslaved, becoming a handmaid. The brilliant thing about Emily’s character is her persistent resistance and strength, despite her circumstances, and her yearning for freedom which makes her captivating to watch.

Probably the most controversial choice on this list is Oberyn Martell, from one of the most popular shows of our time, Game of Thrones. There was quite a lack of diverse representation in GOT, with most of the characters being white and straight, but Oberyn was a refreshing and intriguing character in contrast, with an open and fluid sexuality. Unlike many on this list, Oberyn does not struggle with his identity or sexuality and is instead completely bold and confident with it. He and his partner, Ellaria Sand, think the idea of monogamy and heterosexuality is absurd and bland. Interestingly, in the books, Oberyn Martell’s sexuality is not really explored, so this representation of him is original to the show.