How Japan Turned Loneliness Into a Booming Industry 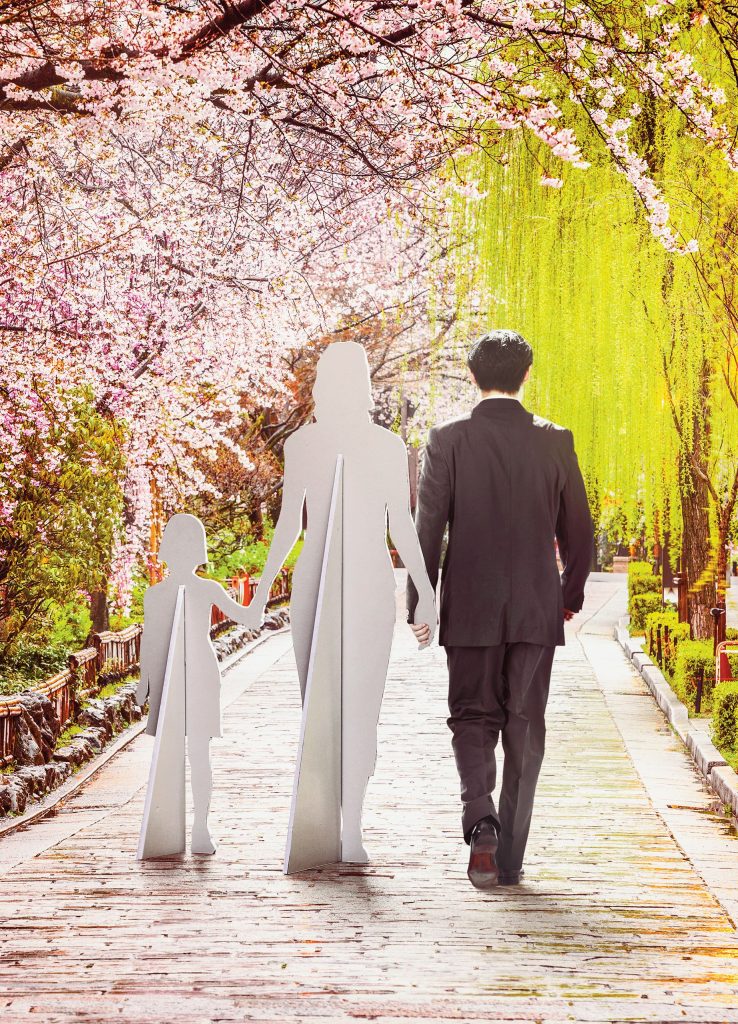 Need a friend? How about a family? Well, in Japan you can rent one. Family rental services are businesses that specialise in hiring actors to be your friend, co-worker or even a parent. For modern Japan, they have become a lucrative business model with at least 10 different companies that currently provide this service.

Family rental services offer to fulfil any social need- from a simple conversation to filling out the number of your party guests to mourning with you at a funeral. One Tokyo company has found its niche renting out guests for weddings. For 20,000 yen (£127), a staff member will attend the ceremony, for an additional 5,000 yen, they will perform a song or a dance, and pitch in another 10,000 yen to have them deliver a heartfelt speech. Another company, Family Romance, not only provides hundreds of wedding guests for you, but will also supply an actor to play the groom.

This bizarre industry was started by a company known as Japan Efficiency Corp in the early 90’s. Originally an employee training service, its president Satsuki Oiwa encountered so many clients discontent with their personal lives that she saw a business opportunity. Her customer base soon evolved from just businessmen. By the mid-90s, the majority of her clients were made up of elderly people whose children could not make time for them. Oiwa began hiring actors to fill the shoes of children and grandchildren and the industry was born. At the heart of her businesses was the desire to exploit a gap in the market that she called a “soft service”, meaning a business based on “reaching others with a sympathetic heart”.

But this soft service is not just a business to its clients. On one occasion the CEO of Family Romance, Ishii Yuichi, describes how his company tailored the family rental experience for a grieving 60-year-old man by having their employee play a carbon copy of his dead wife. An actress was hired with the same name and was even arranged to be familiar with memories the couple had shared together.

Yuichi himself was hired by a single mother to play the part of a father to a young girl who was refusing to go to school-a part he has kept up for nine years. Now an adult, the girl still does not know her father was an actor rented out by an agency.

Why is it so successful?

Most western reports on the industry have credited the success of Japan’s rent a family industry to the country’s extreme level of social isolation, and to some extent this is true. Japan is a lonelier country than most. In recent years, the term Hikikomori has been coined to describe the Japanese phenomenon of social isolation and withdrawal from society that currently plagues the country. However, some research on the subject shows the numbers of people experiencing loneliness are not actually that different from the UK.

In 2009, an American company launched a western version, the website Need a friend, but it hasn’t reached the heights of its counterparts in Japan. Japanese family rental businesses are so successful because they cater to a uniquely Japanese anxiety.

Ichinokawa Ryuichi, founder and president of Hagemashi-tai (a family rental service) puts it like this: “there is something in Japanese culture about people’s excessive concern for appearances and how they are seen by others…people who come to us often have no one else to ask. We are their last resort”.

These rent-a-family services rely on this self-consciousness and market themselves as the solution to social problems. The seemingly absurd demand for things like fake wedding guests is fuelled by the Japanese social expectation that the number of guests is reflective of social status. CEO Hiroshi Mizutani recounts how his company kept the fake guests a secret, even from the bride, because the groom was afraid that he did not bring as many guests in comparison.

Japanese culture is also extremely conservative when it comes to some of its social rules, and many are afraid of the consequences of not conforming to their families’ traditional values.  In one case, Ishii Yuichi of Family Romance, recalls that he organised a fake wedding and stood in as groom because the bride’s real husband had tattoos that her ultra-strict parents disapproved of. In fact, Yuichi claims that he started the company because his friend (a single mother) was unable to get an interview for a preschool because she didn’t have a husband to accompany her.

It’s this restrictive culture that encourages some to outsource their social and emotional needs through the service. For example, most of these rental family services offer a “scolding service” where an actor is actually hired to tell someone off, as many have an aversion to confrontation. On a darker note, Yuichi describes how one of his clients is estranged from his wife and daughter because of his past actions- he wants to apologise yet is unable to overcome his shame. And so, he rents a replacement family.

When asked in an interview on the reason for the success of his business, Yuichi said this: “the Japanese are not expressive people. There is a communication deficit. In conversation, we do not express ourselves, our opinions, our emotions. Others come first, before our own desires.”

Pre pandemic, business was booming as family rental services found a new market-social media. In 2017, Family Romance launched its new service, Real Appeal. It’s the same formula but refitted for the digital age. For a fee you can have a group of actors attend a mock-up friendly get together, where you will pose for a handful of pictures to use as photographic evidence of your thriving social life. The company even advertises on its website that you will get 100 or more likes for your Instagram posts, for which they charge you almost £500.

Just like their older service, it provides a way for customers to prove their worth by creating an artificial version of themselves. It has become clear that the industry is less about reaching others with a sympathetic heart than it is about exploiting a culture with deeply entrenched social problems. The purpose of the Real appeal service is not to make people feel less lonely, it only functions to take away the visible symptoms of loneliness to the outside world. Yet again, the family rental industry has found a way to make a profit from the most harmful aspects of Japanese culture.

In 2019, Ishii Yuichi gave an interview about the ins and outs of his company and inadvertently revealed the insidious implications of this kind of business. The customers often find themselves in limbo, seemingly unable to tell reality from an actor’s performance. The performers frequently find themselves being proposed to by clients that don’t understand that this affection isn’t genuine. When it comes to rented parents, Yuichi admits his company struggles to maintain the illusion over long periods of time, suggesting that the children that he himself acted as a rented father to will inevitably find out his true identity.

Family Romance continues to offer its services and Ishii Yuichi still proudly repeats his company motto, “more real than real”-if only it could be.