The Cube With Many Combinations 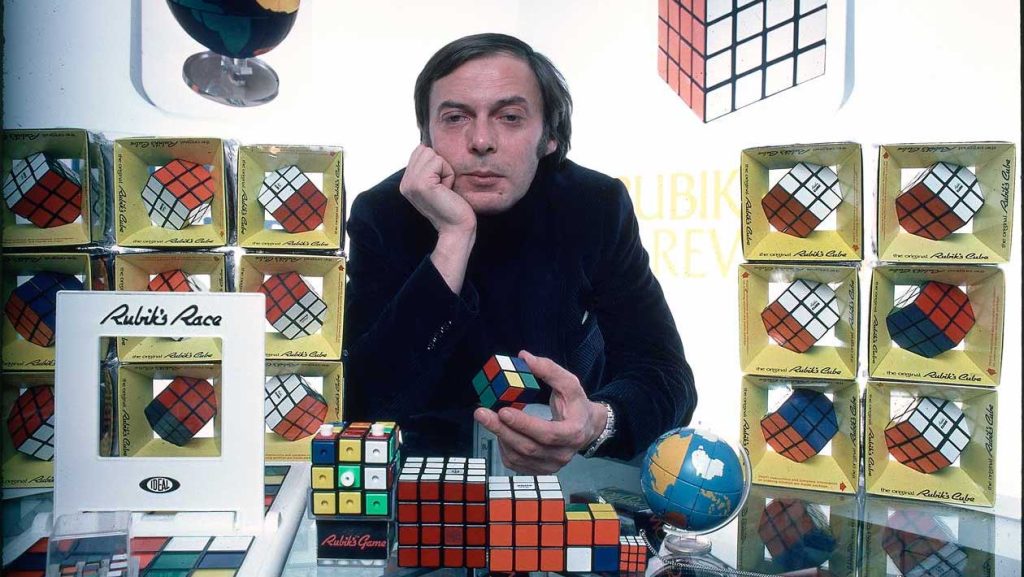 The year is 1980, boomboxes burst onto the scene, Dynasty reigned supreme on TV and leg warmers and shoulder pads were all the rage. While all of this was kicking off, a certain Hungarian inventor was busy at toy fairs all over the world selling one of the most GENIUS toys that have kept people entertained for generations.

No, I am not talking about the ITV show hosted by Phillip Schofield. This is another famous cube. A cube that begins its life completely discombobulated and it is up to the holder of this cube to reconfigure each face so that each colour is correct and uniform.

That sounds like a load of jumbled up nonsense but that is precisely my point! This cube is jumbled up and the whole aim of the game is to unjumble it, if you will.  For those of you who have not solved the riddle, I AM talking about the Rubik’s Cube created by Erno Rubik.

He initially called it The Magic Cube but Ideal Toys, who Erno signed a deal with a year prior, said they wanted a more recognisable name for it.

The thrill of crushing the cube is similar to the serotonins that’s released in our brains when we watch those Oddly Satisfying videos online of people jet washing their front drive. Some people just love to see everything perfectly neat and I feel the same concept applies with this iconic puzzle.

Once you start that journey of reuniting the colours to their rightful home, you don’t want to stop. Like the mission is incomplete if you leave it halfway. There are cheat sheets online for people who get stuck, but that ruins the challenge.

I have not done the exact maths, but my gut instinct says there must be at least hundreds of different combinations to complete the Rubik’s Cube and that’s what makes it so amazing. The fact that the possibilities are endless, so the fun never runs out. Unless you get frustrated, which again is another possibility.

I do in fact have a sneaky trick up my sleeve; the next time you go to a friend or family gathering and you happen to own a Rubik’s Cube, bring it with you.

Then when people are having a rest from the dancing or the conversation dies down, you can break out the big guns. The cube, I mean. I guarantee the onlookers will be amazed with what they see, they will respond like the aliens from Toy Story. Their exact words will be something along the lines of “oooh, is that a Rubik’s Cube? Can I have a go?”

Another charming feature this toy has to offer, is in a time when society is so fixated on screens and quick bursts of entertainment through apps like TikTok, this actually gives our minds a break and detox. We can take our time to enjoy a non-electric game, it’s what people did BEFORE video games existed anyway. I’m not saying live life in a previous decade, it’s just relaxing to put the device down for a bit.

Plus there is no complicated backstory or multiple game pieces to the cube, so anyone can try it. The only irritating thing is that some people may never solve it but that’s why you keep persevering!

Do you believe in the magic of the Rubik’s Cube, or is it overrated? Let us know in the comments section below.