A Guide to World Music: Islamic Music in West Africa 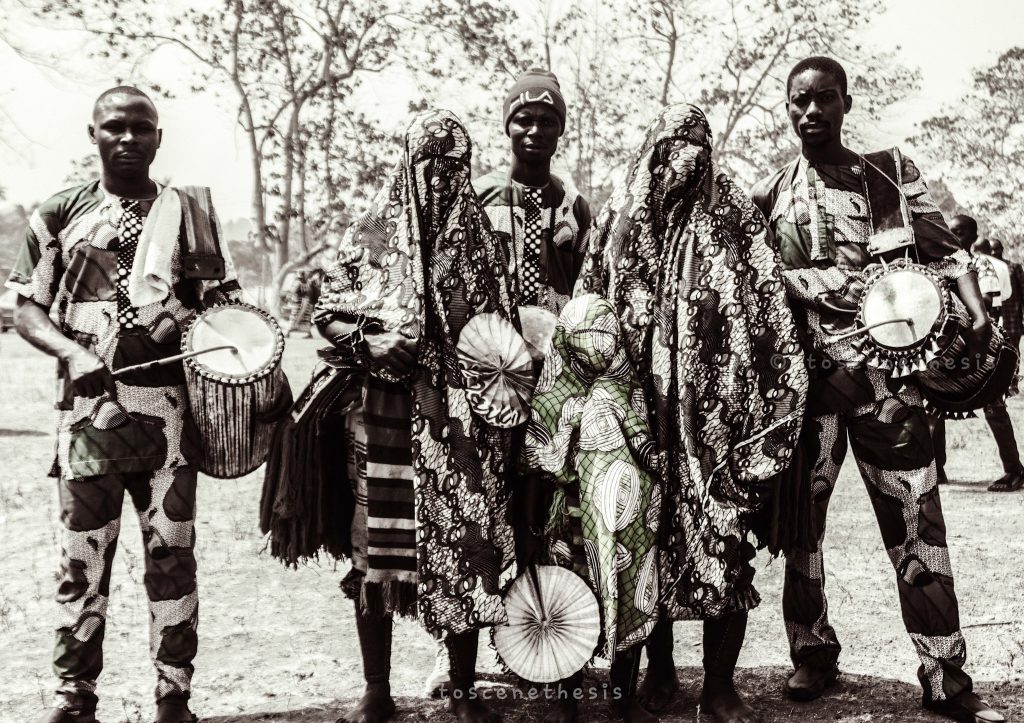 West Africa is full of the most musically enchanting instruments and practices in the world. You can’t help but dance to it, and you definitely should. As in West Africa, some musical traditions demand dancing to be an integral part of a musical performance.

But what we know to be West African music (Upbeat, polyrhythmic patterns, tuned percussion and so on) was not always the case. Traditional West African music diversifies due to its regional separations however, can be identified into two distinct categories: indigenous secular music and Islamic music.

History tells us that Islam has been established in West Africa since the 8th century. Particularly, the widespread of Sufism, the mystical Islamic belief in which Muslims search for truth and knowledge, through God’s interventions and finding divine love.

A distinct feature of Sufism will always be music. It was viewed as a means to bring individuals closer to God. This is often why the Quran is sung in verses rather than just read.

Alongside consistently chanting the Quran and religious hymns, supplications were also important. Members of Sufi will chant prayers in an emotional way to humbly ask for help or forgive their sins to their God.

Within the Muslim community of West Africa, music very much has middle eastern influences. Musicians often sang solo (sometimes in groups), utilising melisma. Even today, this vocal technique that is centuries old, continues to be celebrated within contemporary music.

Often vocalists were accompanied by musicians that will play instruments such as:

The oud guitar is very similar to the lute in appearance, it can have 11 or 13 strings and wields a pear-shaped body. In the image above, you can see each string is doubled down to the lowest string which is single. Unlike the lute however, the oud does not have any frets and has a thinner neck. The lute is often used in West African music alongside, or in substitution for the oud.

The goje (or gonje) is a one stringed fiddle from West Africa. Often, gonje music is found in Northern Ghana amongst the Dagmoba people. A gourd bowl is covered in either lizard or snake skin to make the body, and a horsehair string is suspended over the bridge. The gonje is played with a bowstring.

It can be played solo or as an accompaniment. The gonje is also prominent within West African ensembles, including instruments such as percussion, talking drums and ney flute.

The Fula flute, also known as the tambin, is the national instrument of the Fula people, one of the largest ethnic groups within West Africa. Its timbre is very similar to the ney flute which is a key instrument in middle-eastern Islamic music.

It is made from conical vines, accumulating inwards towards the end of the instrument. The musician commonly plays it at a 45-degree angle.

More instruments are used within the Islamic population of West Africa and you can find them here!

Because Islam never used to view music as a way of entertainment but rather a way to connect them closer to God, music was discriminated between what is and isn’t necessary in religious life. Call to prayers and Quaranic recitations are at the foundation of Islamic worship in sub-Saharan West Africa, and vary depending whether it is an Arab or Afro-Arab community.

In the Islamic populace within West Africa, the Quran is chanted in the traditional Arabic language during worship and other occasions, however, non-liturgical music is often sung in the local language. Secular Islamic music was birthed through the process of secularisation; meaning all Islamic musical performances once derived from religious practices.

There are many different musical styles in Islamic West Africa that have been repurposed from religious to entertainment reasons, such as:

Apala is a music genre developed by the Yoruba people of Nigeria, during the time it was a colony of the British empire. It is a percussion-based style from the 1930’s and it’s rhythms have grown more complex over time, influenced by Cuban music.

Again, this style comes from the Islamic genre of Yoruba music. Traditionally, waka songs were performed a cappella by women in religious ceremonies, sometimes accompanied by hand clapping. Later in the 20th century percussion was added to the genre; tin cymbals and talking drums.

This is a form of popular music in Nigeria, based on the traditions of the Yoruba people. Mostly, it is in the form of praise songs that use traditional Yoruba instruments such as the Goje and sakara drum.

There are other styles of Islamic music in West Africa, such as fuji and damba.

Despite the origins of Islamic music being solely for religious purposes, it’s involvement within West African music traditions birthed many musical styles we hear every day; Jazz, blues, Afrobeat etc.