Is LGBT+ New? Sexuality in the Ancient World. 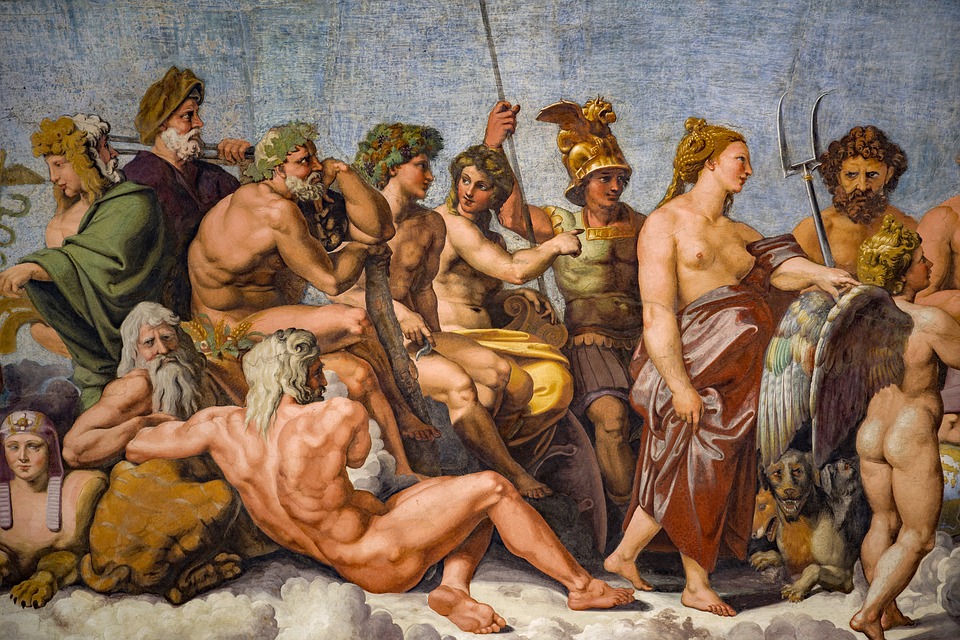 A tale as old as time.

The LGBT+ community has been making strides in recent years as society continues to strive for inclusivity and understanding! However, gender and sexuality have always been a colourful spectrum, and I wanted to take a look at some of the oldest surviving examples of LGBT+ in history.

In terms of the ancient world, Ancient Greece is one of the most influential in philosophy and art. As such, to say that opinions on sexuality varied is a baffling understatement. Interestingly, the general consensus in ancient Greece was that a person’s sexual orientation was less about gender and more about their role in a relationship: Grown men (considered adult when they could grow a beard) were judged on whether they were dominant or submissive. According to the society of the time, adult men should be dominant, or they would be seen as lesser. As for the relationships themselves, though in some places homosexual relationships were not allowed, they weren’t universally banned or criminalised, with certain city states allowing it. For example, historians have found evidence that women in Lesotho engaged in socially accepted relationships called ‘Motsoalle’.

Also, certain military groups used male intimacy for bonding. The Sacred Band of Thebes for example were an elite force who would take male partners and were respected by many of their peers as soldiers who were closer and more unified than any other.

Next up at the forefront of famous ancient civilisations is ancient Egypt, and though less records remain than the ever-documenting Greeks, there are a few speculated cases of homosexuality that historians have found. First up is the apparent relationship of ‘Khnumhotep’ and ‘Niankhkhnum’, royal servants of Pharaoh ‘Niuserre’ speculated to have been in a gay relationship based on art of them embracing in their shared tomb.

Also contested by historians are the surviving pieces of a papyrus called ‘The tale of King Neferkare and General Sasenet”, which describe secret meetings between Pharaoh ‘Pepi II’ and one of his military commanders. These excerpts reflect a potential homosexual relationship, although as often happens with ancient history it is contested whether the text is about ‘Pepi II’ after all.

In the Americas before colonization, many indigenous nations had spiritual roles for homosexual, bisexual, and non-binary people and even today in some surviving native communities these social and spiritual roles are still observed.

Examples of this are two terms: the more modern, ‘pan-Indian’ term meaning “Two-Spirit“, referring to non-binary or people who identify as both genders, and the word ‘Nádleehi’ which means “One who changes” and has been used to refer to those that have transitioned gender.

In Ancient China, homosexuality has been recorded since ancient times, having been mentioned in Chinese literature going back as early as 600 BC. A good example of this is the story of ‘Dong Xian’, which documents the relationship between ‘Emperor Ai of Han’ and one of his male concubines. It serves as historical evidence of the acceptance of homosexuality within the Chinese empire!

In Indian culture, throughout Hindu texts there are many descriptions of saints and gods exhibiting multiple combinations of sex and gender. The gods appear to be fluid in gender and there are several instances in ancient Indian poetry of same sex unions by gods and goddesses, suggesting that to be beyond gender was a feature of the divine. There are also several stories of love between same sex partners and the ‘Kamasutra’; the ancient Indian book of love, talks about feelings between people of the same sex.

Back to Europe now, where according to the Greek philosopher Aristotle male homosexuality was common! The Celts kept few records so external descriptions are far more common among surviving records. Aristotle wrote:

‘although most “belligerent nations” were strongly influenced by their women, the Celts were unusual among them because their men openly preferred male lovers’ (Politics II 1269b).

However, other academics from the time argued that these claims may relate more to misinterpreted male bonding rituals than actual romantic or sexual relationships between men.

Last but certainly not least for this article, we get to perhaps the most well-known of ancient peoples! At the time of the Roman empire worshipers of the Goddess ‘Cybele’, the mother of all gods and animals, use to castrate themselves and begin dressing as and referring to themselves as female. These worshipers have since been referred to as role models for the early trans community.

Another early example of what may be an early potentially trans individual was the Roman emperor ‘Elagabalus’. They were alleged to enjoy being referred to as ‘The Queen of Hierocles.’ And a great reward was supposedly offered to any surgeon who could discover for them a successful form of gender reassignment surgery.

The Romans appear to have also held similar ideas about homosexuality to the Greeks, with societal judgement being more about the role of the dominant or the submissive rather than judging by the gender of those involved; it was as late as the Renaissance that these types of same sex relationships were still common in certain wealthy cities.

As you can see, there are many examples of the ways in which human sexuality had been explored and viewed throughout history, and these are only a select few examples of the historical evidence that LGBT+ people have always been around. Honestly, I urge you to go down this line of research yourself! It is a fascinating topic, and one that highlights the spectrum of gender identity and sexuality in all its forms! There is a lot of history out there to find and some fascinating stories to discover! It truly shows that in the LGBT+ community you have never been alone, and we take pride in the fact that we can help spread these histories!

If you want some further reading on LGBT+ history from us here at Networthpick, why not check out this article: Who was Lili Elbe? – The Real Danish Girl, the fascinating story of a Trans woman at the turn of the 19th century! Also, click on our LGBT+ section and take a look around!