Bayonetta 3: What We Know So Far 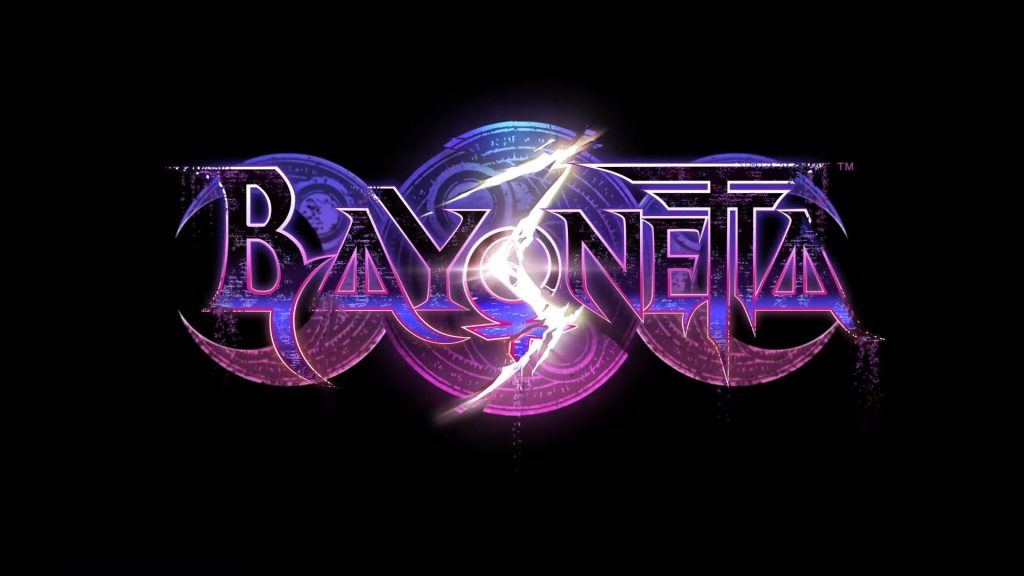 The Umbra Witch is coming back to the Switch.

A lot has happened at Nintendo since Bayonetta 3 was teased at The Game Awards back in 2017; the OLED Switch model was released, Super Smash Bros. Ultimate wrapped up their roster, and Reggie Fils-Aime, the COO and now ex-president of Nintendo of America, resigned from the company.

But in 2021, Nintendo revealed that Bayo had spent the last few years getting more than just a sweet new hairstyle.

Mercifully, fans were treated to a gameplay trailer of the high-speed-beat-em-up during the September 2021 Nintendo Direct presentation, and with studio PlatinumGames at the helm, we were not disappointed.

We’re getting further into 2022 now, so I think it’s time we take a look at what we know so far about the third game in Hideki Kamiya’s witchy masterpiece.

Unlike other projects by Kamiya and PlatinumGames, Bayonetta 3 will be released exclusively on the Nintendo Switch family of consoles.

No firm release date was given, but a 2022 release seems almost certain. This leaves us much more comfortable than Kamiya’s earlier interview with VGC, where he joked that fans should “reset and forget about Bayonetta 3. Then when something finally does happen, it will be a nice surprise, won’t it?”

Bayonetta 3’s lead game designer, Marius Hermanavicius, departed from the project in 2020. We’re not sure if this had significant (or any) impact on the game’s development time, but if the gameplay trailer is anything to go by, – and it usually is – it seems to have not stopped our quick-witted witch.

If you’re anything like me, then you love the high-octane chaos of a beat-em-up/hack-n-slash game. Maybe you like the rewarding feeling of pulling off insane combos and achieving ‘pure platinum’ trophies. Or maybe you just like sticking it on the easiest difficulty and hacking (and slashing!) away.

Whatever tickled your fancy with the first two games, Bayonetta 3 looks to have you covered. The animations look smooth, both in cutscenes and during combat. A short clip of what appears to be a new ‘Torture Attack’ left me very intrigued, and Bayonetta continues to move with somehow even more grace and poise than in previous games. Perhaps she’s spent the last four or so years perfecting her dance moves. But we don’t think she needed to.

The item wheel seems to make a reappearance, but no word yet on what items will feature in the game, nor how they will benefit you in battle.

‘Witch Time’ and ‘Torture Attacks’ are joined by two new mechanics known as ‘Demon Masquerade’ and ‘Demon Slave’. The first sees Bayonetta fuse with an Infernal Demon, allowing her to wield even more formidable magic power. Demon Slave will let Bayonetta control Demons, to freely attack enemies in regular gameplay. Both seem to be highly powerful abilities that players will no doubt want to utilize to wipe out the new, giant foes introduced to us in the gameplay trailer.

Players can look forward to new and unique enemies and bosses, as well as a new cityscape environment to fight their way through. Bayonetta is known for its range of detailed levels and environments however, so there’s really no telling yet what the rest of the game will treat us to. Wherever we end up though, we’re sure we’ll still make plenty of trips to The Gates of Hell. 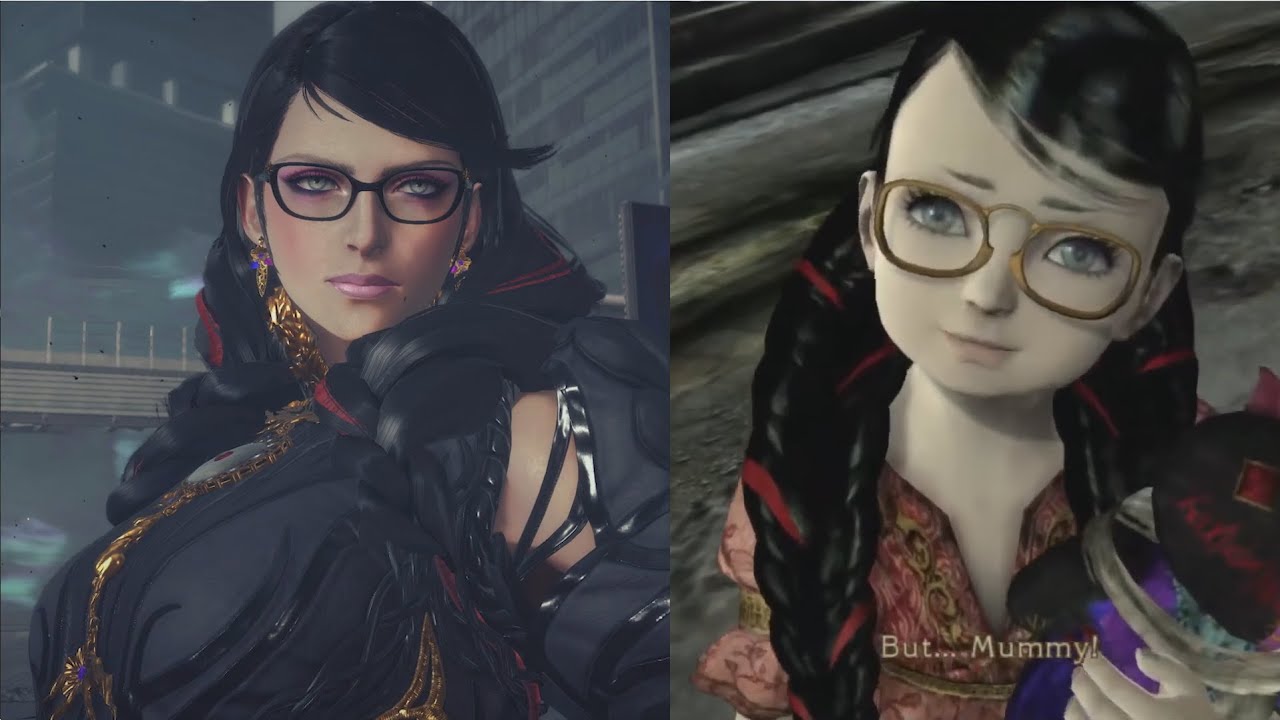 While not confirmed, many have theorized that the version of Bayonetta we see in the trailer is not Bayonetta at all, but rather Cereza, the child Bayonetta is tasked with looking after in the first game.

Although technically, Cereza IS Bayonetta… it’s a whole “time” thing.

Many believe it to be Cereza because of Bayo’s new hairstyle. The ‘twin-tails’ are near-enough identical, down to the red ribbons and side parting.

This may be backed up by the original teaser trailer presented at the 2017 Game Awards. This short trailer showed Bayonetta desperately fighting something, falling to the floor and dropping her iconic Scarborough Fair guns.

Fans saw this as an implication that Bayonetta had died in the battle, but very little has been confirmed in terms of the accompanying story. Furthermore, with the game’s development taking as long as it has, it is unsure what narrative changes the game has undergone since the release of the initial trailer.

The Bayonetta series is known and loved for its seamless mix of profound fantasy, badass characters, and the often goofy, not-so-subtle sexual nature. Bayonetta 2 saw the latter toned down in places, most likely due to the game being picked up by Nintendo during development.

But luckily for some, it looks like the choice camera shots and ‘Climax’ finishing maneuvers are here to stay. Let’s hope that, if we are playing as Cereza, she’s just as quick-witted and classy as her “mummy”.