Master of Puppets: The Anniversary of One of Thrash Metal’s Most Important Albums 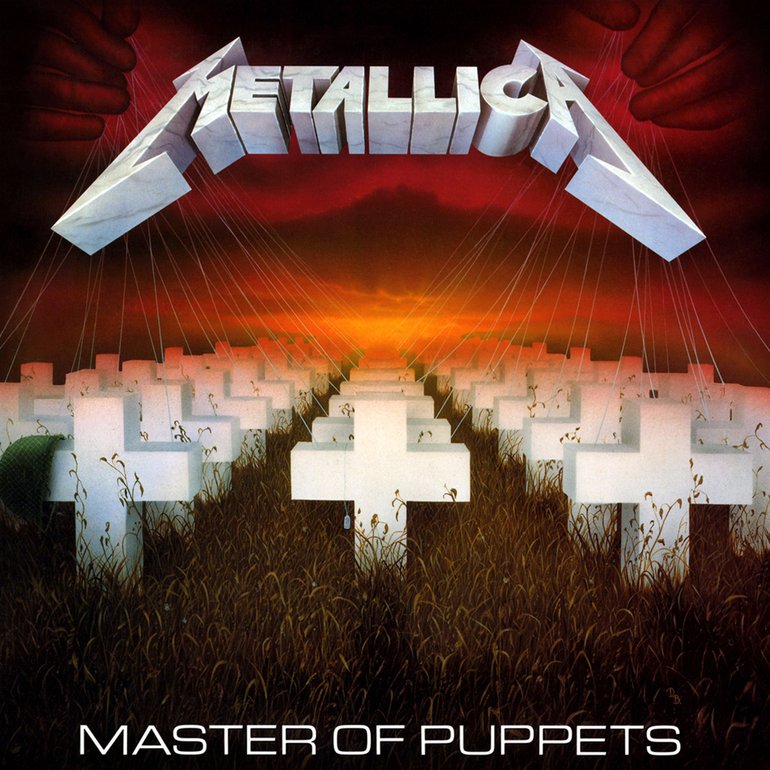 When James Hetfield and Lars Ulrich returned home from the Ride the Lightning tour of 1984-85, you’d be forgiven for assuming they’d be desperate for a break.

The metal group had produced two albums and had been on touring almost constantly from 1982 until the end of 1985, experiencing a line-up change in both lead guitar and bass along the way.

Metallica’s debut album Kill ‘Em All, released in 1983, was well received by underground metal fans, who had begun following a new movement later referred to as “thrash metal.”

But despite positive feedback, it’s always different for a new band with a different sound to break through into the mainstream.

Their follow-up album Ride the Lightning was a stark improvement on an already promising debut and sold slightly better than its predecessor, but still couldn’t quite break Metallica into the mainstream.

But big musical acts saw the talent, promise and drive that Metallica had with Ozzy Osbourne, former lead singer of Black Sabbath, willing to take the young band on tour with him once they released Master of Puppets.

By the time Metallica played in front of 60,000 people at the Oakland-Alameda County Coliseum as part of the Day on the Green Festival in August 1985, most of the Master of Puppets album had been written and in the final stages of production.

And following the success of their working relationship with Ride the Lightning producer Flemming Rasmussen, Metallica headed to Copenhagen for the second album in a row to finish off the production of the album, with drummer Lars rooming with vocalist and rhythm guitarist James; whilst lead guitarist Kirk Hammett and bassist Cliff Burton shared another room.

With the album’s recording process coming towards its conclusion, Lars was the last person remaining in Denmark; seeing over the final touches and overdubs on the newly created album.

Metallica’s third album named Master of Puppets was released onto shelves in March of 1986.

In the US, the album debuted on the Billboard Hot 200 at number 29, whilst it entered the charts at 41 in the UK.

Knowing what we know now, it’s unbelievable how low these figures are, but when you put into context the size of the band at the time, those figures were probably slightly better than what they would’ve expected back in 1986.

Metallica were a big band come 1988 when their fourth album …and Justice for All was released before 1991’s self-titled fifth album made them global stars and earned them legendary status.

But looking back, most people would agree that Master of Puppets is the finest moment of the band’s career to date, though the tour would prove to be a tragic one for the band.

In-between the Ozzy tour, which ran from March to August of that year, Metallica headlined some U.S. shows with Armored Saint, before being the main act in a tour with Anthrax and Metal Church from the autumn of 1986 until the year’s end.

The first minor hiccup in the tour occurred in July when vocalist and rhythm guitarist James Hetfield broke his arm in a skateboarding accident.

This meant that roadie and future Metal Church guitarist John Marshall had to fill in on guitar duties, whilst Hetfield’s arm recovered, with the front-man sticking to vocal duty during this period.

However, this was nothing in comparison to the tragedy which was to take hold over the group in September.

Following a successful show in Stockholm on 26th September, the mood in the camp was positive.

It had been the first show in which Hetfield had been allowed to return to his guitar, and whilst Marshall had filled in admirably for the stricken front-man, nobody could ever quite replicate that tight and accurate playing style from Hetfield.

Having boarded the tour bus to their next destination and resting in their respective bunks, the bus headed for Copenhagen; driving through the night to get there.

Shortly before 7:00 am the following day, according to the driver, the bus skidded off the road and flipped onto its side onto the grass.

Lars suffered minor injuries and was taken to the hospital, whilst James and Kirk escaped the crash relatively unscathed.

The crash was unfortunately fatal for bassist Cliff Burton, who was thrown out of the bus when it flipped before the bus landed on him.

The band postponed their upcoming dates to allow themselves time to grieve the death of their bandmate and friend, whilst the future of the band remained in the balance.

With the Burton family’s blessing, the trio decided that Cliff would want the band to continue with the momentum they had generated and soon began auditioning for a new bassist.

After about three weeks of auditions, Jason Newsted of Flotsam & Jetsam was given the honourable role, a job in which he would serve for the next 15 years.

As the tour restarted in November, Jason was slowly integrated into the band and became a particularly loved member of the group by the fans, something that may have irritated the original trio, who often teased and tormented Newsted until his eventual departure in 2001.

The tour was such a hit that Metallica returned from the tour in February 1987 with each member now able to afford to buy their own house.

With the quick-fire punch of Battery and Master of Puppets opening the album and shows, fans were already hooked on the album before listening to the creepy ballad of Welcome Home (Sanitarium), the war cry of Disposable Heroes, the beautiful medleys of Orion and the aggressive Damage, Inc. to close the album.

At the time they didn’t know it, but Metallica had made an album that changed the face of Metal history.

Pick it up today, and it still sounds as fresh and as raw as it did back in 1986, leading to the success of Metallica’s two follow-up albums.

They’ve had a top-class career, but most die-hard Metallica fans, as well as the band members themselves, might just admit that no matter how hard they try, the anger and genius of that album might never be replicated – even by themselves.