The Beauty of Burlesque 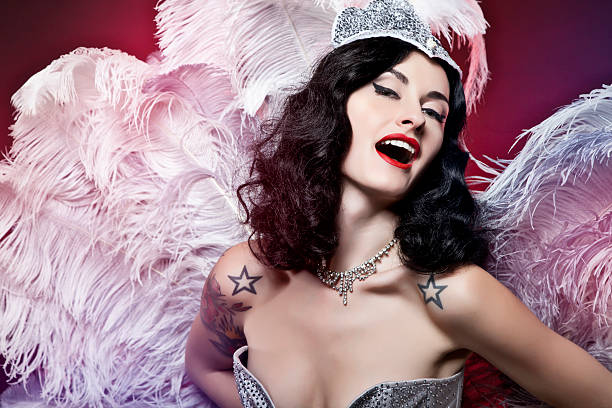 If you’ve ever been to a burlesque show, you’ll know it’s not about the sex appeal but the art form itself. Burlesque is described as dramatic or musical theatre, and now is loved and practised within Europe and America.

You’ll be bewitched by the bountiful feathers, sparkly corsets, and tassels in places you’d never believe. But this was not always the case, for its origins was to make a mockery of people and to create laughter.

The Origins of Burlesque

Burlesque shows have been around since the late 17th century, during the Victorian era. It became popular in London theatres from the 1830s to the 1890s. The word itself derives from the Italian word burlesco which means to joke, ridicule or make a mockery.

Originally, burlesque shows took notorious theatre like opera or Shakespeare and made a parody out of them. Burlesque performers would use the original music, or popular music from the time, and re-write the lyrics (or script) for comedic reaction.

Victorian burlesque shows were then taken to New York during the 1840’s and it became popular due to Lydia Thompson’s visiting dance crew, the British Blondes.

Their burlesque shows focused on parody elements performed by female casts. Women even wore tights and showed off their legs which was far too risqué for Victorian burlesque, as they wore many ruffles to cover their legs.

The British Blonde’s first success was in New York with a show called Ixion (1868). The parody focused on an all-female cast, some even playing men’s roles, that presented under-dressed, beautiful women mimicking sexual aggression and patriarchal roles.

Despite the original intentions of Burlesque being purely satirical, it pushed social and political boundaries and has always been loved by the public. Naturally, some people were outraged by this ludicrous art form which just fuelled the demand for more shows. And thus, imitations were popping up everywhere, also commonly female-run.

Unfortunately, over time New York Burlesque performances added elements from minstrel shows. This type of theatre originally was created to joke about racial stereotypes. Often focusing on white male cast, painting their faces black, caricaturing the singing and dancing of African slaves. Luckily, this type of theatre died out a long time ago and is no longer used within burlesque shows. What it did do however, was give way for a new generation of black performers.

Not only did the Creole Show reshape the minstrel all-male tradition by adding female cast members, it was also known as the first ever all-black cast burlesque show, produced by Sam T. Jack between 1890 to 1897.

Again, it broke traditions by avoiding an all-male chorus and presented stunning black women as chorus girls in their stead. Often burlesque shows included covers of songs with lyrics altered to fit the theme; however, the Creole Show  had original songs, comedy numbers and sketches by numerous black artists.

It followed the traditional three-part minstrel sequence; the first part consisted of banter between the comedians and the interlocutors, songs and dances by individuals then the chorus. The second part had various sketches and variety acts and the third part was a burlesque performance. Thus, being the show that innovated burlesque into a world of diversity.

Josephine Baker was an American-born French entertainer, French resistance agent, and civil rights activist who died in 1975 at age 69. Primarily her career was centred in Europe, particularly within France. Baker was the first black woman to star in a major motion picture called Siren of the Tropics, in 1927. Before that, during her early career, Josephine was amongst the most celebrated burlesque performers to headline in the Folies Bergére, a very well-known cabaret music hall in Paris. Josephine’s iconic outfit consisting of only a short skirt made of artificial bananas, and a beaded necklace became an image and symbol of both the Jazz Age and the Roaring Twenties.

Tempest Storm was the stage name given to Annie Blanche Banks, which later became her legal name. At age 17, she considered doing striptease as a profession which led her to becoming a chorus dancer and a stripper. She was one of the best burlesque performers of the 1950’s to 70’s and has been dubbed ‘the Queen of Exotic Dancers’. Her career lasted more than 60 years, she was still dancing and performing in the early 21st century and unfortunately died in April 2021.

Dita Von Teese, born  Heather Renée Sweet in 1972, is an American burlesque dancer, model and businesswoman. Von Teese is probably the most well-known in this list as she is credited with repopularising burlesque dancing, earning the title of “Queen of Burlesque”. Alongside appearing in several television shows such as CSI and Rupaul’s Drag Race, she has released two books on burlesque history, fetishism and beauty and toured the world with her own burlesque show with an infamous martini glass she sits in.

What is Burlesque Today?

It’s clear that burlesque has definitely evolved over the years from satire and crude humour to something bigger. It’s no longer about jokes and mockery but about the art of strip tease.

“Burlesque is Journey, while stripping is a destination” says Zora Phoenix, one of Portland’s most well-known burlesque producers and drag queen. “Burlesque performers are strip teasers as opposed to strippers”. Stripping is about instant enjoyment whereas striptease and burlesque is about taking you on a journey full of surprises and pleasure. Commonly, burlesque shows generally have female audiences whereas crowds at a strip club are usually male.

The new wave of burlesque is about taking ownership of your body, no matter what it looks like and encouraging others to do the same. Despite the origins of burlesque shows only having white casts, now burlesque is all about diversity -no matter your skin colour, gender, weight etc. the art of burlesque dancing is no longer exclusive.