The Crisis of Loneliness: In Defence of Eating Alone 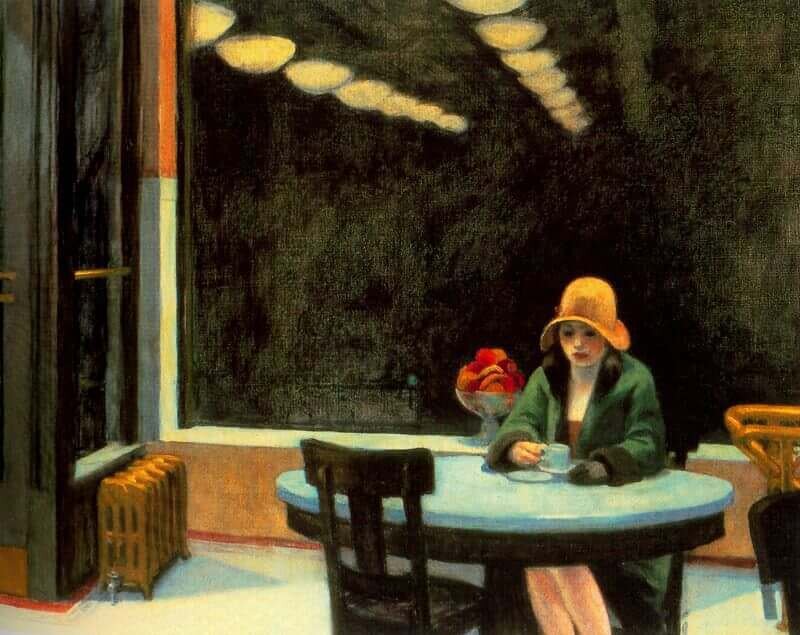 In the 70’s, Andy Warhol came up with the idea of the Andy-Mat. He described it as, ‘a restaurant for the lonely person’. Diners would be separated by booths where they would eat off trays and watch television. Whilst eccentric, it doesn’t feel as radical a concept anymore. In student households, the sight of someone retreating to their bedroom to watch Netflix with a plate of food is common practice.

We’d rarely bat an eyelid when a business person stops at a Pret or Starbucks for a sandwich and a coffee. The food is deemed socially acceptable when it is worked for, when it becomes an active experience, or a passive experience, a pitstop that makes up part of an ongoing task. But, why do I choose to perceive every glance as pity? And why does my internal monologue drown out the clink of cutlery? After all, according to the UN, food is a human right.

This is by all means a very privileged quandary. The hospitality industry generates billions for our economy whilst most of its frontline staff are a stone’s throw from poverty. But for me personally, the problem lies more in the consumer (no pun intended), who feels like a buffet pariah, when sat alone, surrounded by groups and couples holistically enjoying one of life’s greatest pleasures.

In France, it is known as ‘the crisis of manners’; China, ‘the crisis of family’ and in some instances, it is called ‘the crisis of loneliness’. Whilst in South Korea, the word for family translates into “those who eat together.” But when we are becoming increasingly individualistic, with one third of Brits eating alone almost all the time, why do we let these judgements prevent us from the inevitability that we cannot always eat in good company?

Truth be told, other diners and other people don’t really care; apart from the French sociologist and philosopher, Jean Baudrillard. He was the opposite of Andy Warhol. According to Baudrillard: “Sadder than the beggar is the man who eats alone in public”.

Aside from French critical-thinkers, the awkwardness tends to be in the eye of the beholder, or the stomach rather. Maître d’s could not be less fussed about who is eating, but it’s the meaning you prescribes to eating alone that can make you feel like an island. When the Walker Brothers sang, ‘Loneliness is a cloak you wear, a deep shade of blue is always there’, who would’ve known it would describe my realisation that the only person stopping me enjoying my own company is, well, me.

Call it a crisis of loneliness; call it a human right. Would you judge someone else eating alone? Not really. But there is something to be said about times when it is deemed acceptable to be dining for one. The ease with which we accept a businessperson snacking Pret á Manger says more about how we value work and productivity.

It leads us to the sort of question you’d get asked in your first philosophy class: do we eat to work or work to eat? Well, ask Baudrillard; he’s on that table over there.