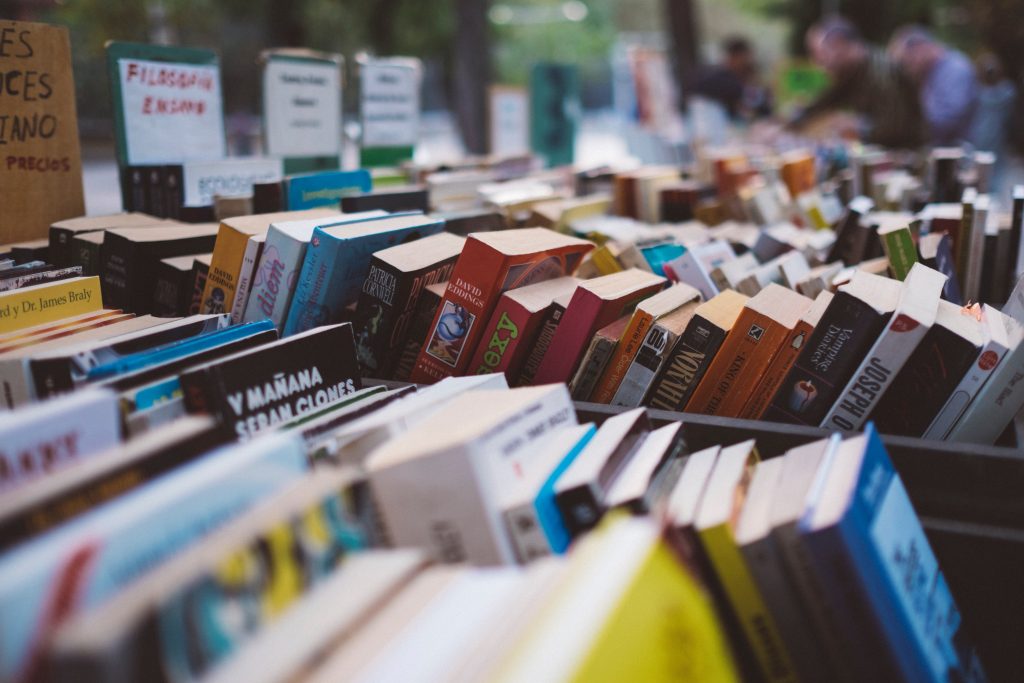 The next two months are a promising time for book lovers. With plenty of exciting and diverse books set to be released, there’s something for everyone. Here is a quick look at some of the main highlights for March and April: 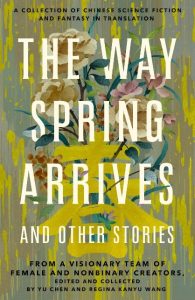 The Way Spring Arrives Yu Chen & Regina Kanyu Wang – March 8th – The Way Spring Arrives is a collection of short stories written, edited, and translated by a female and nonbinary team. It features a collection of Chinese science fiction and fantasy stories that have never been published in English before and represents the past and future of the genres in Chinese culture.

Fencing With the King Diana Abu-Jaber – March 15th – Fencing With the King draws inspiration from King Lear and Arthurian legend to explore themes like ‘the power of inheritance and trauma of displacement’. When Amani discovers a poem written by her grandmother, a refugee to Jordan in WWI, she is drawn into the mystery and travels to Jordan to investigate when the opportunity presents itself. Her journey becomes a dangerous one, culminating in a fight for her life.

The Bone Orchard Sara A. Mueller – March 22nd – A Gothic fantasy novel, The Bone Orchard, follows Charm: whore, madam and Emperor’s mistress, who is tasked by the Emperor with choosing which of his sons is set to inherit his empire, and discovering which of them is his murderer. Charm is left with an impossible choice, justice or revenge. 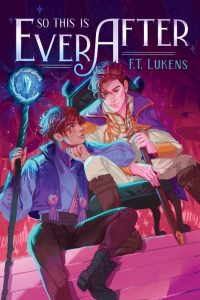 So This is Ever After F.T. Lukens – March 29th – An LGTBQ+ YA fantasy romance, So This Is Ever After explores what happens after the hero has completed their quest and won the kingdom. Arek and his quest companions have saved the Kingdom of Ere from an evil King, and Arek has assumed the throne, but there’s a catch – he must find a spouse before his eighteenth birthday or wither away and die. What follows is a desperate attempt to find a spouse with only best friend and mage, Matt in on the secret.

Letters To A Stranger: Essays to The Ones Who Haunt Us Colleen Kinder – March 22nd – A nonfiction collection of essays from a range of authors about all the short encounters that stick with us. Letters To A Stranger deliberates on the question, ‘how can an ephemeral encounter leave an eternal mark?’ These insightful essays are formatted as letters to all the strangers we meet that stick with us. organised into themes of Gratitude, Wonder, and Farewell, this collection tells the stories of human connection and how we can hold on to memories of people we’ve only met once. 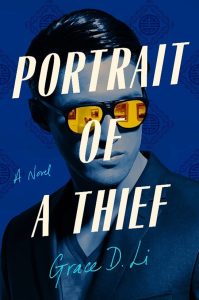 Portrait of a Thief Grace D. Li – April 5th – Based on a true story of Chinese art disappearing from Western museums, Portrait of a Thief explores the colonisation of art as Harvard student and artist, Will Chen, finds himself the leader of a heist to steal back 5 priceless Chinese sculptures. Will and fellow students must find a way to rob the museum – the reward if they succeed? Ten million dollars each. If they fail, they lose everything. Portrait of a Thief is an important critique of the effects of colonialism and introspection on Chinese American identity. 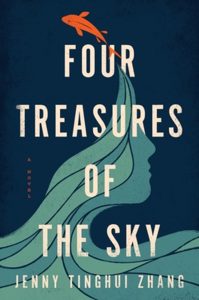 Four Treasures of The Sky Jenny Tinghui Zhang – April 5th – An emotional, hard-hitting historical novel set in the 1880s American West at the time of the Chinese Exclusion Act. Daiyu is kidnapped and smuggled from China to America, and the novel follows her journey as she reinvents herself to survive, from calligraphy school to the Idaho mountains. When anti-Chinese sentiments spread across America followed by waves of violence, Daiyu must look back to who she has been to reclaim her story. 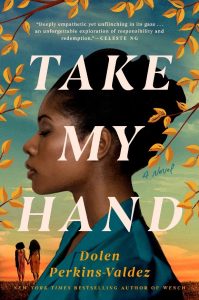 Take My Hand Dolen Perkins-Valdez – April 12th – From New York Times bestselling author comes another unforgettable historical novel based on true events. Set in Montgomery, Alabama, 1973, Civil Townsend is fresh out of nursing school with dreams of making a difference to her African American community. Working at a Family Planning Clinic, she hopes to give women bodily autonomy and the power to make their own choices when it comes to their lives. However, she is shocked to learn that her first patients, Erica and India, are children. Civil works with the family until one day the unthinkable happens; decades later and ready to retire, the past may just come back to haunt her. Take My Hand is a powerful story about institutional racism and classism.

I’ll Be You Janelle Brown – April 26th – A psychological thriller from New York Times bestselling author of Pretty Things. Identical twin sisters Sam and Elli are former child actors grown up and grown apart. Elli is married to a real estate lawyer and seems to have the perfect life, meanwhile Sam struggles with addiction to alcohol and pills, and her self-destructive behaviour has driven a wedge between them both. However, when Elli disappears, Sam is shocked to learn that her sister’s life was not as perfect as it seemed, and Sam realises their bond was much more complicated than she thought.