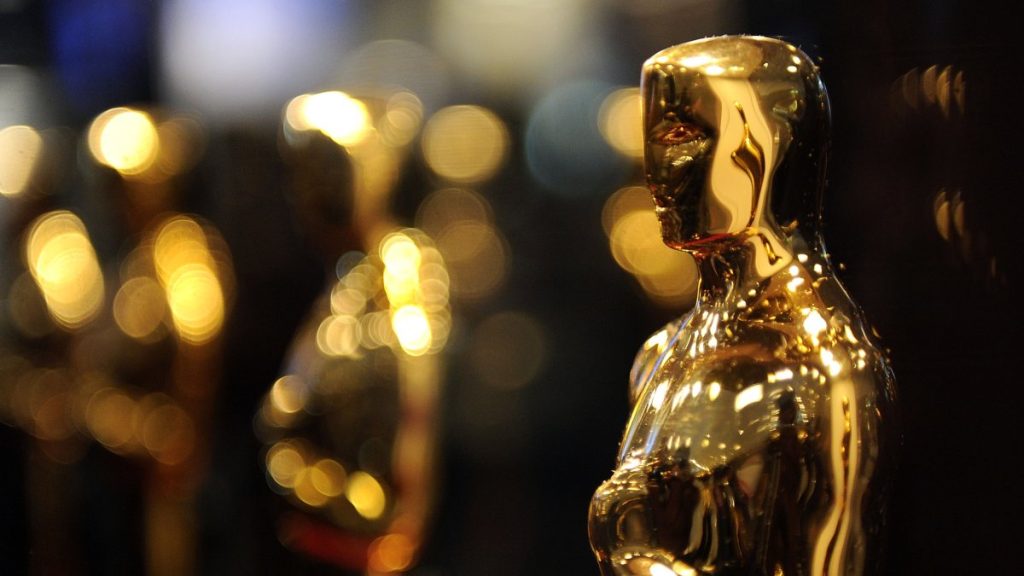 The Oscars are approaching, that time of year where the denizens of Hollywood give themselves a big pat on the back and bore film going audiences with unbridled smugness. The biggest prize of the night is, of course, the winner for best picture and after 2021’s somewhat pitiable contenders, 2022 has bounced back with some strong offerings. From watching all of the nominees so you don’t have to, here’s a rundown of the most likely winner for the top prize at the 94th Academy awards.

Straight of the bat, most unlikely to win is Guillermo Del Toro’s creepy thriller Nightmare Alley. While brilliantly good fun and classically Hollywood, it seems an ill-fitting choice for the category. No doubt the nomination is aided by Del Toro’s academy reputation, winning both best picture and director for his 2018 Shape of Water. But it does say a lot about the state of industry when a perfectly decent standalone film, outside of a CGI laden franchise, makes the academy reach for their voting cards. Are there really so little options? One of the biggest contenders this year is Denis Villeneuve’s sci-fi epic Dune securing 10 nominations across the board. Dune is an ambitious blockbuster but will most likely receive its accolades in sound, score, editing and production design. But hey, there’s always part two. Less impressively, I was completely baffled to discover CODA had been nominated for best picture. Sian Heder’s humdrum teen drama mawkishly remakes the French film La Famille Bélier (2014) with crude humour and a very flimsy script. You only have to watch the trailer to see the entire film and even that’s hard to sit through. It begs the question how much does an Oscar nomination cost?  I am truly astonished it’s made it here.

Both Licorice Pizza and Drive my Car would make excellent choices for best picture, but among others in the running they seem unlikely winners. Everything about Licorice Pizza is superb: its direction, screenplay and performances- all great, but the film’s offbeat story and quirky humour may distance it from voters. Director Paul Thomas Anderson is no stranger to Oscar nominations with his films often placed in the running. While never nabbing the top prize, his work stands above most of his contemporaries, with a cultural prestige that best picture winners rarely achieve. Simply, PTA is one of the finest filmmakers of his generation and doesn’t need a gold statue to prove it. Ryusuke Hamaguchi’s Drive my Car demonstrates an encouraging trend of more international films in the best picture category, as seen with Bong Joon-Ho’s 2019 win with Parasite. Drive my Car is a fabulous film filled with passion and mystery which will probably bag it best international feature, however it is doubtful the academy will choose it as their best picture victor.

One of the award front runners is Kenneth Branaugh’s nostalgic look at a troubled Belfast, in his eponymous film.  Belfast has all the makings of what may be dubbed ‘Oscar bait’: a personal coming of age story; black and white imagery; political tensions depicted with a love triumphs over hate message and a cast of national treasures. However, the film often falls short on many of these points and with an extremely trite script and some of the worst direction in the running. Needless to say, it isn’t a winner. Belfast isn’t completely awful and there are some truly lovely moments between best supporting nominee Ciaran Hinds and newcomer Jude Hill, who is very good.  Perhaps Belfast strikes a chord in divisive times and its message of overcoming divisions may sate academy voters. But this often cartoonish and saccharine affair, with photography made to manufacture beauty rather than depict anything with substance, is a misfire. Belfast is the kind of film that insists importance without really earning it, very similar to fellow nominee Don’t Look up. Adam McKay’s climate satire, which I imagine will probably win best original screenplay, thinks it far cleverer than it is and is deeply unfunny. It’s a grating film which makes no attempt at subtlety, ending up being too long and rather portentous. In my view, the most unforgivable aspect of the film is it forcing its audience to sit through a fake Arianna Grande concert which spends a little too much time on her than the story at hand. Don’t Look up is pop and its array of stars is indicative of Hollywood self-indulgence in the same way the film’s socially liberal gags are of its back slapping kudos. This was further evidenced when after receiving negative reviews, McKay and producer David Sirota took to Twitter to suggest critics who didn’t like the film also, strangely, denied the climate crisis. It’s the usual Oscar sanctimony audiences are to expect from bubble dwelling movie types, who can forget Joaquin Phoenix’s brave assertion that for the 2020 awards season he would wear the same designer suit to ‘reduce waste’?

Now we come to the nominees most likely to win the award or, at least, have the makings of a conventional best picture win. Hollywood loves a biopic especially one as pedestrian as King Richard which has received a multitude of nominations. While Will Smith offers a heartfelt and engaging performance as renowned tennis coaching father Richard Williams, this authorised biopic inevitably turns to generic rags to riches sports drama. Perhaps the two most credible contenders for the top spot are Steven Spielberg’s adaptation of A West Side Story and Jane Campion’s Power of the Dog, which has received the most nominations this year. West Side Story is beautiful and from the opening sequence you get the feeling you’re in safe hands. Spielberg’s direction is masterful and in each moment exhibits clear vision and control, particularly in the breathtaking musical numbers with their intricate design and exuberant camerawork. West Side Story is a clear winner and stands far above most other contenders in its scope and execution. It is a film that can sate the love triumphs hate virtue without any of its signalling, contains beautiful imagery with sincerity and depth, and juggles an array of memorable performances. In many ways the film improves upon the 1961 adaptation which swept the academy awards of that year. Yet despite its merits, will more likely win Spielberg the best director award. He may be the Hollywood old guard, he’s had his dues, but if any film deserves best direction it should be him. However, it may be likely that Power of the Dog will pick up both best picture and direction. We see this trend with most Oscar nominations and with the current discourse around women filmmakers, and Chloe Zhao’s win last year; voters may turn to the times rather than the craft. Spielberg’s technical ability is a clear win yet Campion’s direction is commanding and wrenches out fantastic performances from the principle cast. The New Zealander is also an awards veteran having previously won the prestigious Palme D’or at Cannes from her 1993 film The Piano. She is also currently the only woman to be nominated by the academy twice for best direction, perhaps it’s time she gets her due also.  The Power of the Dog is a fantastic film about legacy, civilisation and the myth of the American west adapted from Thomas Savage’s 1967 novel. Benedict Cumberbatch stars in what is perhaps his best performance to date and the film fantastically weaves its mysterious narrative slowly, keeping the audience gripped and often surprised. There is a fabulous moment where Kursten Dunst tries to perform Strauss’ ‘Radetzky March’ in ragtime in an attempt to ingratiate herself into her husband’s social class; it’s masterfully heart-breaking. The Power of the Dog is a brilliant film, but I do wonder if it’s a lasting one, however, judging from the amount of nominations it’s received; it is the most probable winner.

The real winner in my mind is Pablo Larraín’s widely snubbed Spencer. Spencer is a wonderful film, beautifully made, with marvellous performances, gorgeous production design and costume, all accompanied by an amazing Johnny Greenwood score. It’s been a good year for Greenwood with a nomination for Power of the Dog, but it’s his use of graceful strings mixed with freeform jazz in Spencer that deserves the prize. While Spencer has been omitted from almost all categories, the one concession is Kristen Stewart’s fabulous performance as Princess Diana has been recognised in the best actress category, which she will most likely win.

Whoever is announced best picture winner on March 27th the Oscars can rely on one thing: good conversation. While there are often snubs, undeserved nominees and always too much money spent on the awards campaign. What the Oscars do well is get everybody talking about film.  Whether in the office, down the pub, or online it’s the time of year where people can show their disgust or admiration for the medium they love.  Even if the wrong film wins, if it gets people in the cinemas once again, is that such a bad thing?