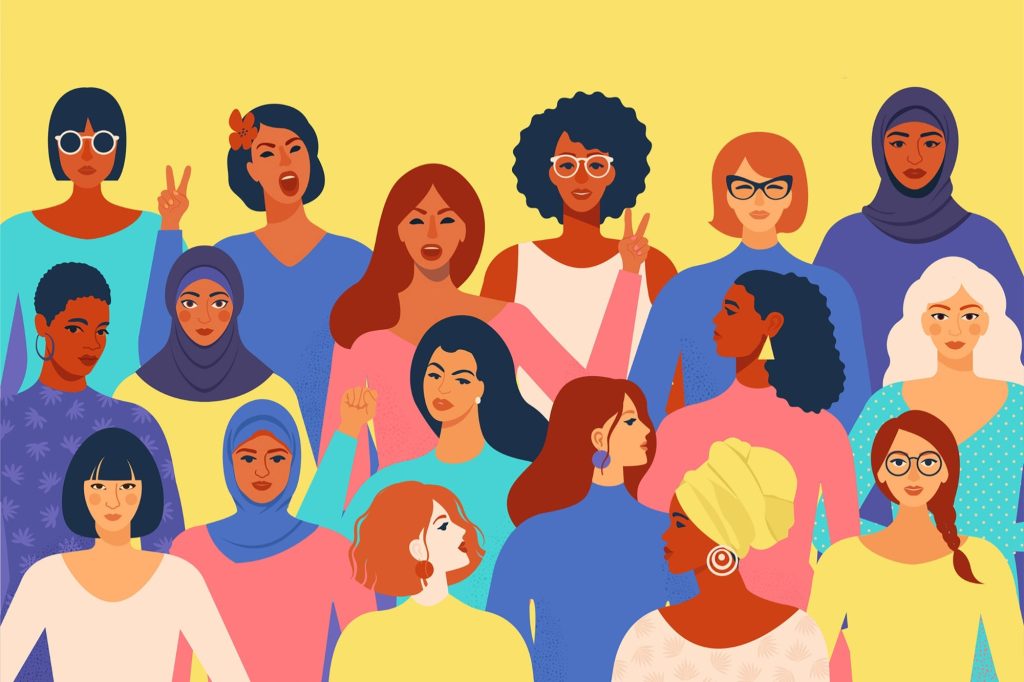 Yes, it is that time of the year. A time of year that should be everyday of the year: International Women’s Day. It was only in 1918 that women over the age of 30 were allowed to vote in the UK.  In fact there are many countries in the world where, although women can legally vote, society pressures them not to.

That is why I will shine a light on women from different industries to show the way our body is built should never define the path we take in life.

We start with a legend of her craft who has been lovingly remembered, even 32 years after she passed away. Yes it is none other than I Love Lucy star, Lucille Ball. Lucille broke the barriers for women in comedy and indeed in television by being the first woman to show her real baby bump onscreen and writing it into the storyline. Ball was also the first woman to run a big time TV company/studio called Desilu.

Not only did Lucille produce Star Trek and Mission: Impossible on Desilu, she sold it for $132 million to Gulf+Western (now Paramount). This proved that Lucille was more than just a barrel of laughs, she was extremely business savvy too. If all of this wasn’t enough, Amazon Prime Video released Being The Ricardo’s based on her iconic show with then husband Desi Arnaz. Nicole Kidman and Javier Bardem play the famous couple in the film that was released in December 2021. So Ms Ball is clearly still resonating in comedy culture to this day.

Now we bring ourselves back to Blighty with the wisecracking powerhouse that is Gina Yashere. Gina’s sets are full of hilarious anecdotes about growing up in 1980s London in a British–Nigerian household, that she may have thought was a unique upbringing but her entire audience can relate if they too have multicultural backgrounds.

Yashere holds no prisoners when raising significant issues like race and gender as she regales the crowd with her razor sharp wit. I’m sure to be belly chuckling whenever Gina steps out onto the stage.

Let’s venture over to La Paz in Bolivia where we meet the human embodiment of hard graft; Emiliana Condori. Emiliana grew up in a time where women married young and looked after their husbands but this way of life suffocated her. So Emiliana broke free by making her own money even though it was daunting, she leaped into the unknown anyway.

Yep, she collected the coins by pursuing her passion, cooking and more specifically cooking potato rellenos. They’re like a supercharged Scotch egg filled with different meats, cheeses or veggies fried fresh all day everyday and people line up for hours to experience the flavours. I can only take my tall authentic Bolivian hat off to you.

Currently navigating 3992 miles to New York’s Cosme and who do we see? The world’s best female chef, Daniela Soto Ines. Well that’s a whopper of a statement but it rings true. Daniela has this positive beam of energy that you need for the kitchen to flow and function properly.

Soto Ines transforms traditional Mexican cuisine from what she says is delicious but bloating, to a lighter, healthier and even more fresh affair. Daniela also believes that any one of her kitchen staff could rise up to become head chef, so she treats everyone with the same mutual respect. That’s the trait of a true leader in her field.

We all have handheld computers in the form of smartphones and watches nowadays but I want to take you back to 1952 when a tiny space station was about to launch, that goes by the name of NASA. No such thing existed in this time, so NASA had to rely on human brains or in Katherine’s case, a SUPER human brain.

I’m not exaggerating, women in Katherines’ job role were referred to as human computers because their mathematics was SO accurate, NASA would double check calculations against Katherine and her crew. This didn’t come without its adversities though. Johnson had to overcome double obstacles as she was a black woman in segregated America BEFORE women were commonly working. I will think about her every time I pathetically pause the TV to solve the numbers round on CountDown, Katherine would get it before the clock chimes.

You may think Daina is a sculptor and you wouldn’t be far off, but Daina’s predominant field is hyperbolic geometry. Simply put; it is the study of the shape of the universe and all that is inside it. When Daina was studying the subject at uni, her professors would teach her with 2D lines on a chalkboard. It’s extremely difficult to imagine and calculate the curvature without the sensory feeling of a 3D shape. Then Taimina had a brainwave! What if I crochet a thick, woollen object so that my students can analyse shapes with something that also curves?

This groundbreaking idea and method of learning is on the same level as the different shaped wooden blocks that fit into their corresponding spaces. It’s something that makes hyperbolic geometry a whole lot easier to understand, thereby getting humans closer to understanding the shape of the universe. I admire her for moulding the scientific minds of tomorrow.

We trek 3182 miles to the east coast of China, where a 15 year old Tu has been struck down with tuberculosis in 1945. The silver lining here? Youyou figured out what she wanted to do with her life; go into medicine to cure people of diseases. So off she went to Peking University and with her studies, she elected a monster of a virus to wipe out; Malaria.

But she went for this one as more soldiers were losing their life to this than combat in war. Not only that, but she found artemisinin, an ancient Chinese herb, that could actually cure malaria. But just to make sure, Youyou tested it on herself first. That’s why she became the first Chinese Nobel laureate in 2015. A real life hero.

The year is 2012. Rita Ora and Wiley were ruling the charts, Spain were at their peak in European football and Britain got the bunting out to celebrate The Queen’s Diamond Jubilee. While all of that was bubbling up, an ambitious up and comer with pure fighter spirit had a vision and she wasn’t taking no for an answer.

Yes, it’s the one and only Nicola Adams who didn’t just break barriers, but SMASHED them with both hands when she became the first female boxer to win gold at London 2012. Adams then came back in Rio 2016 and won ANOTHER gold medal because why stop at one? That’s the definition of a knockout performance.

We’re jumping right into this one; the first ever gymnast, regardless of gender, to score a perfect 10. Nadia wasn’t content with just one of them either. Nope, at the 1976 summer olympics in Montreal, Comaneci received a total of 7 perfect tens. All at the age of fourteen! It’s just astonishing that we’re the same species as Nadia, a person that literally bent over backwards to achieve 5 gold medals in her illustrious career. I can’t help but be in awe of her.

There are billions of women on this planet and every single one has something amazing to offer. Some might crack a joke while others crack codes that have been puzzling people for too long. Some might get stuck into the soil rejuvenating the garden while others are renovating and flipping properties. Some might be really keen on cars, while others excel at Tipping Point: Lucky Stars.

My point is, the women I have chosen to shine a light on, are just an absolute MINUTE selection of incredible female talent that exists in the world. That light should keep shining until every woman is equal.

Which women would YOU like to give props to? Let us know in the comments section below.