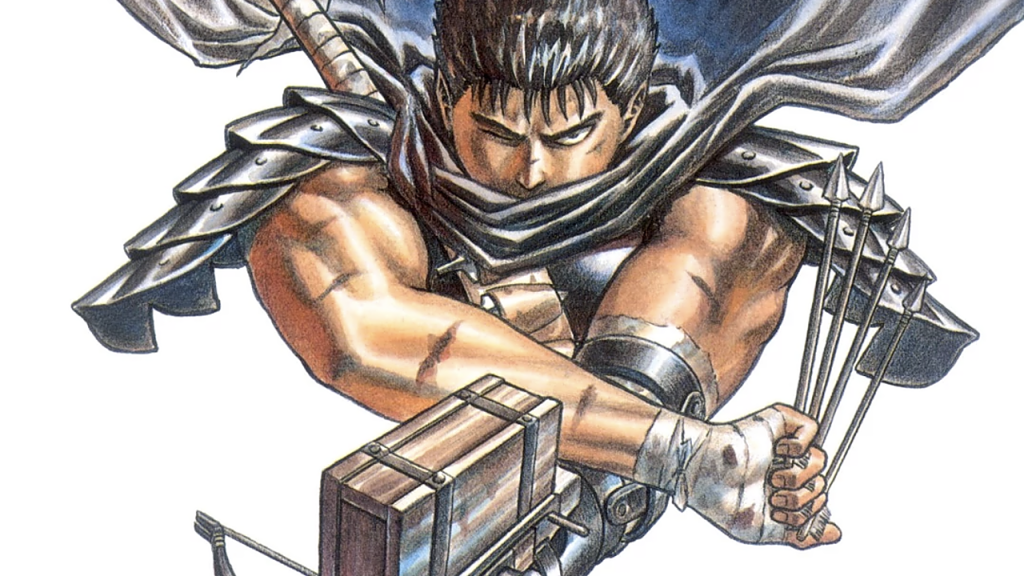 As a fan of Manga, Anime and storytelling in whatever form it may take, I am always looking for new narratives to draw me in. To me, there is nothing quite like the feeling of becoming captivated by a fictional world. Berserk is one such world. So, with the recent passing of its creator, I would like to take the chance I have to talk about Kentaro Miura, and his masterpiece Manga: Berserk.

Kentaro Miura was born on the 11th July 1966 and was creating manga from the age of ten: when his first manga called ‘Miuranger’ was featured in a school publication. By the time he was 18, he had already honed his skills, and after briefly working under manga artist Jyoji Morikawa, Miura was told that there was nothing more they could teach him that he didn’t already know. From there Miura used his work to gain admission to the art college of Nihon University and began to release both collaborative and independent projects, until in 1988 he would release the prototype chapter of Berserk in Monthly ComiComi magazine.

One year later in 1989 Manga readers were finally introduced to the world of Berserk.

The medieval dark fantasy tells the tale of Guts, an ex-mercenary trying to survive amidst the daemonic horrors that are drawn to him.

What we first see of Guts is the image of a figure clad in black, who walks a path almost as bloody as those of the demons he must fight. But through the eyes of the playful elf Puck, the reader soon begins to see the haunted man that lies beneath the Black Swordsman facade. It is during the following chapters known; as the ‘Golden Age’ arc; that Guts’ past is revealed:

Orphaned and raised by mercenaries, Guts had known nothing but battle. This is until a chance encounter with the mercenary group known as the Band of the Hawk lead Guts to Griffith: the leader of the group and a man whose dream of glory burns bright like a beacon. What follows is the tale of a personal search for purpose beyond the fight to survive. Guts, Griffith, and their fellow mercenary Casca serve as the central players as the pursuit of ambition pushes the band to further and further greatness.

Dark forces stir however, and when Griffith’s ambitions crumble, a deal with the mysterious ‘Godhand’ sees the Band of the Hawk marked for sacrifice. It is during the hellish events of the eclipse that Griffith ascends to demon-hood, and with his soul forfeit and his allies slain, Guts’ battle for survival begins.

With the tragedy of the Golden Age recontextualising the bloody path of the Black Swordsman as the struggles of a man doomed by fate, the dark fantasy series goes on to artfully combine demonic horror with a philosophical journey for continued meaning in a world wrecked with grief and loss. Berserk does not shy away from grim reality, and the power human resilience holds to face it. (The series is published with a content warning for the dark themes and imagery it tackles.)

Despite infrequent releases and long hiatuses, the series has managed to span 41 volumes, with the Golden Age being often regarded as the defining part of the series. (An anime of the arc was produced between 1987 and 1988, with three movie adaptations being made later to carve the way for an anime adaptation of the rest of the story beginning in 2017.) Miura would also continue to work on multiple projects while writing Berserk, always coming back to work on the series while fans waited patiently.

Miura was 54 when he passed away unexpectedly last year.

His passing was announced on May 20, 2021, and as of the time of writing it is still undecided whether Berserk will continue under his editorial team. But despite its uncertain future, the series will always remain one of the most influential manga of all time. Miura’s legacy can be seen throughout Japanese media and beyond, inspiring the demonic horror of the Dark Souls franchise, and many elements of fantasy series like Final Fantasy. (In fact, most characters with a sword larger than they are can trace their design’s inspiration back to Guts!)

I for one will always recommend Berserk to those that want a fantasy series that offers something unique. To me there’s something in Berserk that many fantasy series lack. Perhaps it’s how real the characters feel to me, despite the impossibility of their world. It’s the depth of the characters within that add gravitas to the scenic backgrounds, that make me fear the horrors of the night, and that grip me and pull me in to each and every chapter!

From the raw power of its narrative, to the masterful artwork and stunning composition, Berserk is deserving of its legacy, and even though we may now never see its end, the journey we got is beautiful to behold.

It’s a sombre realisation when an artist dies and all eyes turn on their work, but honestly, it was only upon looking back on the series that I came to appreciate how special Berserk is. It may even be because I was much younger when I first watched the anime adaptation, but now that I am out in the world, looking for definition in my own life, the themes of the series have begun to truly speak to me.

Even if we never see the end of Guts’ journey, Berserk will always have a special place in the world of manga. For its unique artwork, its sheer scale and artistic detail, and the characters and world that seem larger than life yet somehow grounded at the same time. To me, the ability to make you feel is what defines a great story.

Miura was a master storyteller and an artist like no other and Berserk will forever remain his quintessential masterpiece.