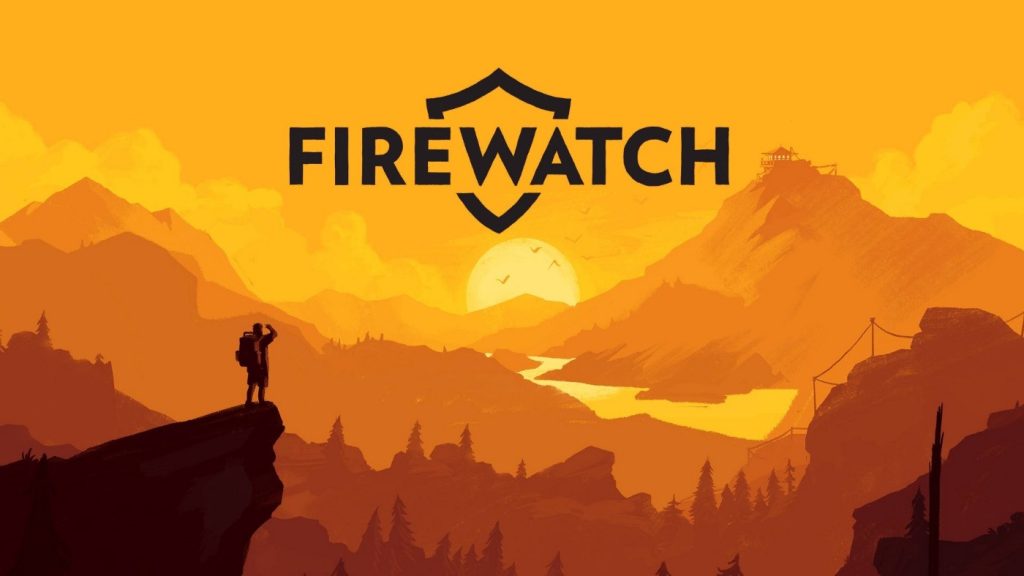 When I first played Firewatch in early 2016, I didn’t really get it. I liked it, for definite – it was a well-written story with gorgeous dialogue and voice acting. It was fresh and visually astounding; it took everything gaming is assumed to be, put it in a blender and let players enjoy the results, whatever they may be. It was Campo Santo’s inaugural, and as-of-yet only game, due to their subsequent acquisition by Valve. I struggled to understand Firewatch though. On an emotive level, I couldn’t wrap my head around what it was about, what it was trying to say. I knew that it had chimed with me, and I couldn’t countenance why.

In Firewatch, you play as Henry, a first-time fire lookout in Shoshone National Forest, Wyoming. Over a walkie-talkie you speak to Delilah, his supervisor, as she guides you through Henry’s obligations and roles for the coming summer. It’s just you, a voice on the radio, miles of beautifully constructed and rendered wilderness, and an inexplicable sense of dread. Around the time of release there was a lot of talk about ‘walking simulators’, a pejorative term for games with little traditional gameplay elements – no combat mechanics, no trading, scavenging, or crafting. They were viewed as pretentious or lazy, decried as ‘games that want to be movies’ because they wilfully lacked the supposed tenets of video gaming. All the most visceral parts of games from a by-gone era – fighting and gore with little context or meaning, driving or racing mechanics perfectly constructed for ease of use and murder of pedestrians – were taken out. The player is still in control, to an extent, but the power-fantasy-with-abandon style of play was deconstructed, or left behind completely. Games such as The Stanley Parable (2013), Everybody’s Gone to the Rapture (2015), and Firewatch.

There are two main gameplay elements in Firewatch, exploration and dialogue. Much of the time you’re moving through the Shoshone, taking in the sights, snapping pictures with your instant camera or pulling up the map so you can work out how you got lost again. It plays like you’re on holiday. You feel like an amateur fire watchman out in the wild. All the while Delilah will call in with a conversation topic or snarky observation – she’s a bit cocky and outspoken, very wry. On the surface, she doesn’t care much for boundaries. Depending on what you say to her, you can figure out that she’s done this job for a decade and it fits her perfectly. You can learn that her sister, despite being very clever, ‘needs a truckload of marijuana to function’, and it’s clear that Delilah drinks her feelings a lot. She’s avoidant to the extreme, not a fan of long-term emotional investment in people – so taking a job every summer where she can sit in her tower and only speak to strangers via a radio is perfect.

Henry, similarly, came out here to escape. In the prologue, you learn his wife Julia was diagnosed with severe early-onset Alzheimer’s and was eventually taken home by her family. You can make choices during this section, sometimes; you can pick whether to get the dog Julia likes or Henry likes, and how committed Henry is to Julia’s long-term care. You aren’t given a dichotomous choice, a paragon and renegade option, and they aren’t moral ones. They’re emotional choices. Deeply personal moments that you live your life under the assumption you’ll never have to make. The type of choices in which a decision is going to be made and neither of them are any good. Do you continue to isolate yourself whilst caring for Julia, losing touch with your friends, or lock her inside as she sleeps and let off some steam at a bar? Sometimes you don’t even get a choice, and have to bite your tongue and pick the only option on screen. It’s a masterful way of telling interactive stories.

You can find notes in Firewatch, years old, from previous lookouts or rangers. You catch glimpses of their lives, their worries and interests, the aspects in which they’re broken. One of the only other characters with voiced dialogue is Ned Goodwin, a lookout who was stationed in Henry’s tower a few years ago, along with his only child. Delilah recalls that Ned had been in Vietnam, and had been thrust with custody of his son Brian despite struggling with Post-Traumatic Stress Disorder from the war. Kids aren’t allowed in the role, but Delilah recognised that this temporary freedom from whatever life Brian had with his deadbeat dad was worth bending the rules. She didn’t report it, and it stays with her for years after the pair seemingly up-and-left overnight.

As things start getting weird, that sense of dread ramps up. Delilah becomes paranoid, and the extent to which Henry reciprocates that is up to the player. Worries about some surveillance conspiracy, or a serial killer out in the forest, come up again and again. None of that turns out to be true. Ned didn’t kill his son, but nor did they simply go home. Ned forced him to go caving when all Brian wanted to do was camp out in the Shoshone, read comic books, and tell Delilah about his fantasy games over the radio. According to Ned, Brian didn’t sink his anchor correctly. He fell into a cave and a rock fell on his head. Instead of reporting it, going back home and answering questions, having to bury a small coffin in the ground, Ned stayed in the forest where his son died. There’s no grand confrontation with him where you’re given the choice to avenge a dead boy you never met. As the forest succumbs to fire, all Henry can do is get answers for himself and Delilah. You don’t meet Delilah in person either, and I’ve never seen a combination of choices that suggests Henry ever will. No huge revelations, no resolutions to anyone’s personal quests.

I replayed Firewatch earlier this year on Nintendo Switch, and I finally understood why it chimed with me back in 2016. Over those six years, I lived through personal and global traumas, had some time to acknowledge and accept previous traumatic times and experiences. I lived in fear of my own mind and my past, or of the world outside. I reconnected with people, met some new ones, grew away from or cut off others. I lost people to illness. I tried to figure out who and what I wanted to be in spite of all that. Perhaps I just needed six years to fully gestate the subtle nuances of Firewatch’s writing. Or perhaps I just needed to live those six years so I could return to the game and know what it was talking about.

There aren’t any combat mechanics in the game. You don’t have an inventory to manage, or a health bar glaring at you from the corner. The game doesn’t need gimmicks like those to establish a sense of dread or pad out the gameplay. Hell, there aren’t any other people you see in-game aside from distant silhouettes. You, the player, are trusted to engage with the story. The writers, including Sean Vanaman who wrote for Season One of Telltale’s The Walking Dead, are hoping that you will become invested in these fictional lives they’ve crafted. The term ‘walking simulator’ is a misnomer, in the same way you wouldn’t call the journey to work the ‘commuting chapter’ of your day. You aren’t simply walking around a simulated National Forest; you’re experiencing a simulated life. One where a medical tragedy affects the most ordinary of couples, and where people who are hurting retreat to the vast wilderness in the hopes of some healing.

They aren’t simulating walking, not at their best. They’re simulating life. These games are attempting to portray the mundane in video game format. No scary monsters hiding in the trees, ammo to scavenge or skill points to distribute. No conspiracy or murderer stalking Henry out in the woods. Just a bunch of broken people in the middle of nowhere, who didn’t have a good choice to pick from. Escapism has its place, but other artforms established long ago that reality is just as valid, if not more so.