Loot boxes: What are they and why are they bad for the gaming industry? 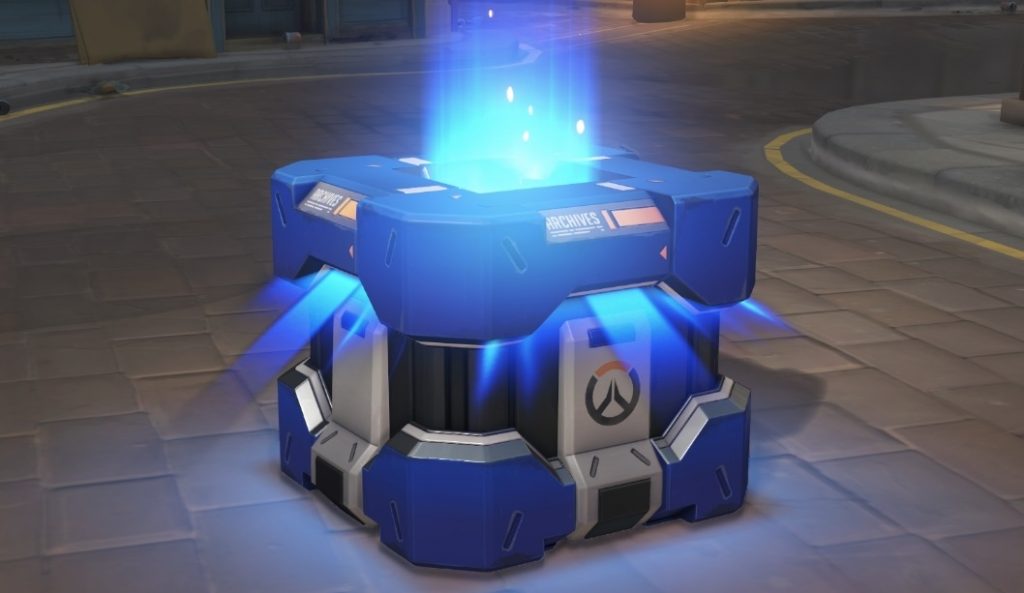 Over the last few years, there’s been a lot of controversy in the gaming industry over loot boxes and whether they should be included in video games, and if they have a direct negative effect on gamers – especially younger gamers.

What are loot boxes?

Loot boxes are a form of digital slot machines. You can either pay for a loot box using in-game currency or pay for them using premium currency, which you purchase with real money. When you have purchased a loot box, you’ll then be gifted a random reward based on rarity. The higher the rarity of the item in the loot box, the less chance you’ll have of getting duplicates of that same item.

Loot boxes can contain cosmetic items like clothing for your character, weapon skins and even weapons themselves. Bear in mind that game developers will deliberately make the odds way out of your favour for the rarest of items.

Loot boxes are specifically designed to exploit players into spending a lot of money, and many gamers equate them to straight up gambling.

If you look up the definition of gambling, you get these two definitions:

Gamers who say that loot boxes are a form of gambling aren’t wrong. By the definition of gambling, you are taking a risk of getting a desired result – which would be the intended reward you want from a loot box. Most of the time you are spending real world money for the chance (or betting) on getting something you want. However, despite loot boxes being the literal definition of gambling, many countries’ gambling legislations are outdated, so they do not include the use of loot boxes. As a result, loot boxes are legally not classed as a form of gambling in most countries.

They exploit people for profit

Game publishers love money and loot boxes are the easiest way to get a continuous stream of income. As players want a specific reward from a loot box, most will continue to purchase them until they get that desired reward. As the odds are never in the players favour, it can take hundreds of loot box purchases before they get a good reward. This can rack up millions of pounds for publishers over the life span of the game.

An example of overspending was when a man from the UK ended up spending over $10,000 in card packs on both FIFA 17 and FIFA 18 Ultimate Team modes. He ultimately ended up regretting spending that amount of money and realised it was “not worth it.”

The type of skin you have can also be some form of status symbol – especially when it comes to school children. Research shows that many children are being bullied and harassed into spending lots of money – usually their parent’s money, for not having the best legendary skins in the video game they are playing. As younger players don’t fully grasp the value of real-world money, they tend to spend a lot more of it on video games, whilst not realising the effects it can have on their mental health and lives.

The controversy that changed the opinions of loot boxes

In late 2017, Star Wars Battlefront II’s controversial use of loot boxes for progression in the game made many gamers angry. There was a world-wide outrage over the fact that the loot box system made the game pay-to-win, which lead to EA’s infamous “sense of pride and accomplishment” response to fans on the Star Wars Battlefront subreddit. Now the most downvoted comment in Reddit history, the response EA gave to fans certainly added fuel to the flames to get Governments around the world listening.

Soon after the Battlefront II loot box controversy arose, EA decided to suspend all in-game purchases. There was so much backlash around how the loot boxes were implemented, Belgium’s gambling authority decided to look into how loot boxes work. They concluded that loot boxes in video games do fit the legal definition of gambling, as they combine “money and addiction” with a game of chance. Belgium’s gambling authority then declared loot boxes illegal under their gambling laws.

In 2019, the UK Parliament’s Digital, Culture, Media, and Sport Committee launched an inquiry into “addictive and immersive technologies”, where they investigated the effects of loot boxes in video games. Representatives from Epic Games and Electronic Arts were called to hear evidence from the inquiry. The representatives of both companies defended the use of loot boxes in game, with EA’s Kerry Hopkins calling loot boxes “surprise mechanics” and even compared them to Kinder Eggs. She also said they were “quite ethical and quite fun” for players – which was memed all over the internet.

In the present day, loot boxes have shifted from being included in most games to pretty much being in no games in the triple A market. It’s far too risky nowadays for game developers and publishers to include them in their monetisation systems. With more countries looking into changing gambling laws, loot boxes have become a reliability legally and it’s something not worth taking a chance on. In most cases, they have instead been replaced with a direct purchase system where the player can buy the item they desire.

Despite this, loot boxes have not completely disappeared from the gaming industry just yet. The greedy monetisation scheme still plagues many mobile games, where people still spend thousands of pounds for rewards. It’ll only be a matter of time before Governments change legislation to get rid of them entirely or at least regulate them to reduce the harm they can bring.