NBA 2K22: A late review of one of the best in the series 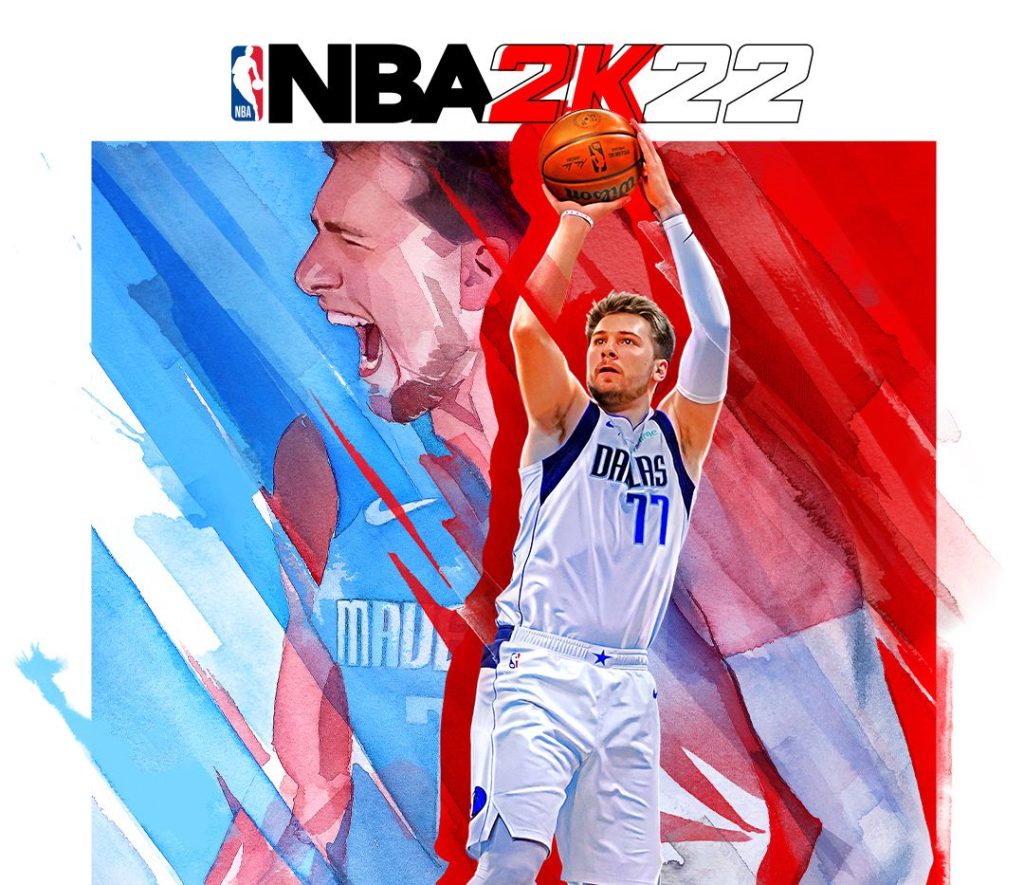 Every year most sports games developers make their annual sports games to mostly lukewarm reception. 2K are no exception to this, they develop both NBA and the WWE 2K series. The WWE games in the past few years have been broken glitchy messes but the NBA games have always been decent at least.
NBA 2K22 came off the back of a disappointing NBA 2K21, not terrible just disappointing. But off the back of a lacklustre previous entry, they really tried to improve the game and the series. There weren’t many improvements from last year but what they did improve really helped the overall quality of the game.

The biggest change was how the defence behaved when playing against the computer. In previous years on almost any difficulty it wasn’t hard to score with any decent player. But now the defence is much more realistic, where the defenders stay with their man making it hard to score easy shots. And on higher difficulties, it forces you to use screens and handles to set up good scoring opportunities. This is a good and bad thing, it’s good because it makes the game more challenging, more realistic, and ultimately more enjoyable. But on higher difficulties many lower skilled players will find it hard to even get a good look at the

basket. To me this is a serious improvement, but I guess it really depends on who you ask. The other area they greatly improved was the shooting. Every year the shooting consists of a bar filling up and the closer you are to the top, or in other years closer to the marker, the better the shot is. This year depending on how far you are and how easy the shot is will factor into where the marker is placed on the bar. For example, with a wide open shot the marker will be big to allow for error and will be close but not too close to the top. A covered very hard shot will have a tiny marker and be very close to the top of the bar. Just these 2 changes alone help bring the gameplay back from stale and sometimes unenjoyable back and forth scoring fests of previous years, to a more skill-based and rewarding gameplay.

NBA always has multiple game modes, and this year is no exception; the game is mainly made of 4 modes. ‘Play now ‘where you can play offline against computer or friends, ‘playing my career’ where you make your own player and play through their career, ‘’my team’ where you create and manage your own team of NBA players with the use of their player cards (very similar to Ultimate team from FIFA) and ‘My NBA’ where you can take charge of a franchise and oversee all operations, like trading and contract extensions to training and what staff you chose to employ. These game modes ensure that 2K22 has something for even the most casual to hardcore of basketball fans.

‘Play now’ is the game mode if you want a quick game against a friend or just to get a quick fix instead of jumping into a more time-consuming game mode. Personally, I only play this against friends because even though the computer is very competent this year, there isn’t much enjoyment for me here. I much prefer ‘my career’ and ‘my team’ because it’s the same game as ‘play now’ but you also progress with your career or your team. In saying that, ‘play now’ is the most essential game mode for playing with friends due to how quick it is to set up and jump into games, and because of the team selection. With every NBA team licensed in the game they also have many classic and all-time teams such as the 86-87 Lakers lead by Magic Johnson, or the 95-96 Bulls lead by Michael Jordan. The all-time teams are made up of the best players to ever play for that team. E.g., the all-time Lakers is made up of players such as Kobe Bryant, Shaquille O’Neal, Magic Johnson, LeBron James and more. These teams are sure to spice up any match between you and your friends.

‘My career’ is usually where 2K spend most of their time and effort in development. Most years have a fully fleshed out career with cutscenes and many choices; One year was even directed by Spike Lee. Personally, I don’t care for the storytelling and cutscenes in the career due to the fact I want to play and continue my story, rather than having to watch a couple minute cutscene to help it along. To me it isn’t interesting in the slightest, but if you enjoy being immersed then the cutscenes will probably be enjoyable for you. Apart from partaking in the story you also have many choices to make, at the start you must make your player, choose your height and your position. But surprisingly you have much more freedom in the career than I first expected. There is an open world populated by other players around the world, all doing their own missions, going shopping for new clothes and shoes, or upgrading the player to reach superstar status. You can also ask to be traded if you are unhappy with your current team or position in the team. And in 2K fashion, like every year, to upgrade your player, you must earn VC playing games in your career, or by purchasing VC from the store for an easy way to the top. While it’s possible to get to max level just playing the game it will take an ungodly number of hours to do so. It’s by no means mandatory to buy VC but if you want to be a decent rating early on it is a must.

‘My team’ is NBA 2Ks equivalent to FIFA’s ‘ultimate team’, you start off with basic cards but then work your way through multiple game modes and challenges to earn coins and packs to help enhance their team. Like FIFA there are multiple different rarities and card types to collect and play with, but unlike FIFA it is very easy to have an amazing ‘my team’. However, FIFA you either must be lucky packing an expensive player or buying coins off a third-party website. My team is way more balanced, admittedly it has way higher rated cards than FIFA (being at least 5 99 rated cards in My team) but this helps with balancing. With there being a lot of higher rated cards, it means that everyone’s team tends to be very high rated. After playing for hardly a month, which isn’t even a lot of time, my team is 95 overall, with my best player being the 97-rated Nikola Jokic. Everything, including the 99 rated cards are somewhat accessible on my team, but in FIFA, anyone over 90 is very hard to get. This coming from an avid football supporter and an avid FIFA player, but NBA2K22’s ‘My Team’ is way more fair, balanced, and overall way more enjoyable than FIFA’s ultimate team. EA doesn’t need to, but could really benefit from taking on board some of the things 2K Is doing with ‘my team’ but knowing EA I wouldn’t hold my breath.

‘My NBA’ is the last and most in-depth game mode of this year’s NBA 2K. Here you can control the whole NBA, change the rules, control a certain organisation, simulate season, rig the finals, trade players and much more. Being a relatively new fan of the NBA I don’t understand most of this mode due to my somewhat limited knowledge of the game of basketball and terminology surrounding it. Personally, taking control of a team to run is the best way I found to enjoy ‘My NBA’ personally. This being because even though I am super interested in basketball, I would much rather watch real basketball or play games than to simulate or watch a season of My NBA progress. I can see why die-hard fans love this feature and love making super teams to see how good 2K thinks they would be, but to me I find playing and managing one team is the most enjoyable. My limited knowledge also makes it hard for me to trade and do things more complicated because I don’t fully understand the real NBA rules with trading. (e.g., Salary cap, max contracts etc) This really can hamper enjoyment in this mode because if you don’t at least understand trading, you won’t be able to trade for anything or anyone. I give them credit for keeping it realistic but for a foreigner it is very hard to learn and get used to. All in all, My NBA is best for NBA veterans or people who want to live out their dream of making dream teams.

In conclusion, NBA 2K22 is head and shoulders above previous years, especially 2K20/21 and is definitely a good building block for 2K to hopefully continue to improve on. In my opinion, this has to be the best sports game of last year and it deserves to be regarded as one of if not the best basketball games ever made.