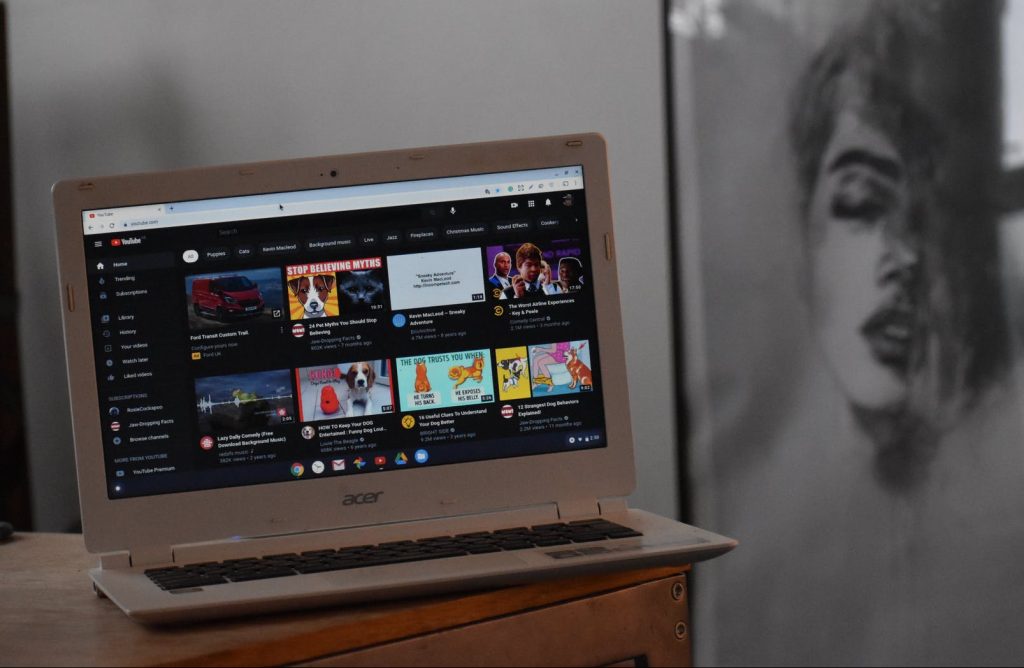 But what the great outdoors, and an awkward session of “Netflix and Chill” don’t seem to offer us, is some good old gaming content.

Netflix gets close, offering us fantastical worlds to get lost in, and gripping stories to enthral us. But watching an e-sports tournament, or play-through of a video game on YouTube, allows us all to share in the player’s accomplishments. To see their reaction to graphics. To story. To the nightmarish possibilities within a character customisation suite.

This is a letter of love to the creators, the platform, and the sheer variety of video game content it holds.

While most eSports tournaments and matches are held over on Twitch, YouTube fans are still very much able to get their fill.

The Overwatch League channel uses the platform to stream their yearly tournament of the same name, and previous matches and tournaments for games such as CS:GO and Rocket League have been made available for on-demand viewing. And, if full tournaments aren’t your thing, YouTube seems to be the go-to place for highlight packages, and “best of” compilations.

Many pro players and teams have also taken to YouTube, with some using the platform as their primary source of income, as full-time content creators.

Panda, a US-based eSports organisation, focuses primarily on the Super Smash Bros. series. Their channel is filled with the more lighthearted side of competitive Smash, challenging their players to beat “insane” challenges in Ultimate, or rate every character’s reveal trailer from Smash 4.

If you know me, you’ll know that speedrunning holds a special place in my heart, and that’s thanks to the myriad of speedrunning-related content on YouTube.

Again, many speedrun attempts are initially broadcast on Twitch, as is the semi-annual speedrunnning charity marathon, (Awesome) Games Done Quick. But thousands of world records, both old and new, have been immortalised on YouTube.

I have shared one of my personal favourites below – ‘Streets 1:12’, a GoldenEye 007 speedrun by runner Ryan Lockwood. It is regarded as one of the most infamous single-segment runs in the community, and perhaps across all of speedrunning as a whole.

If you’re a documentary fan, or if you just enjoy watching speedrunning rather than trying it yourself, I recommend simply popping “speedrun history” into your YouTube search bar. The results will provide you with hours upon hours of fascinating content documenting the ‘World Record Progression’ of various video games, from classics such as Grand Theft Auto: San Andreas, to flash games like Red Ball.

The undisputed master of speedrunning documentaries is YouTuber Summoning Salt, but I have included a few other channels and videos below to get you started:

YouTube is also the best place to keep up with all of the speedrunning “drama” – yes, speedrunning drama really exists. From controversial rule changes to mass cheating within a community, to even the fall from grace of high-profile speedrunners, the video-sharing platform seemingly has you covered.

Going back to Super Smash Bros. for just a moment, one of the most popular challenges has been dubbed the ‘Ironman Challenge’, and sees players try to win with every character on the roster, without losing a single match. Pro players from both the Melee and Ultimate scene have taken on the challenge and will often turn their attempts into highlight packages for YouTube.

Challenges on YouTube range from the tame, to the game-breaking extreme. Channels like Nicobbq set out to beat mainline Mario games without collecting any coins, or whilst carrying Luigi, while others have set out to beat their favourite video games completely blindfolded. One of my personal favourite feats of blindfolded gaming, was when Punch-Out! speedrunners zallard1 and sinister1 completed a ‘2 player 1 controller’ blindfolded speedrun of Mike Tyson’s Punch-Out! for the NES at the AGDQ event in 2020.

Challenges that involve some kind of voluntary physical detriment have proved popular on YouTube in the last few years. You won’t be hard pressed to find a play-through of a game done with only one hand – But some players take it even further.

YouTuber LilAggy beat the entirety of Sekiro: Shadows Die Twice using only his feet. If you know anything about Sekiro and its requirement of exquisite timing, you’ll surely know that beating the game with both hands is a hard enough task on its own.

Players have also taken to beating their favourite games with different controllers/hardware entirely. Youtuber PointCrow made it his mission to beat a multitude of games – including The Legend of Zelda: Breath of the Wild – on a dance pad, originally designed for the arcade classic, Dance Dance Revolution. Now that’s some dance dance dedication.