Why ‘Soulslike’ is a terrible genre name 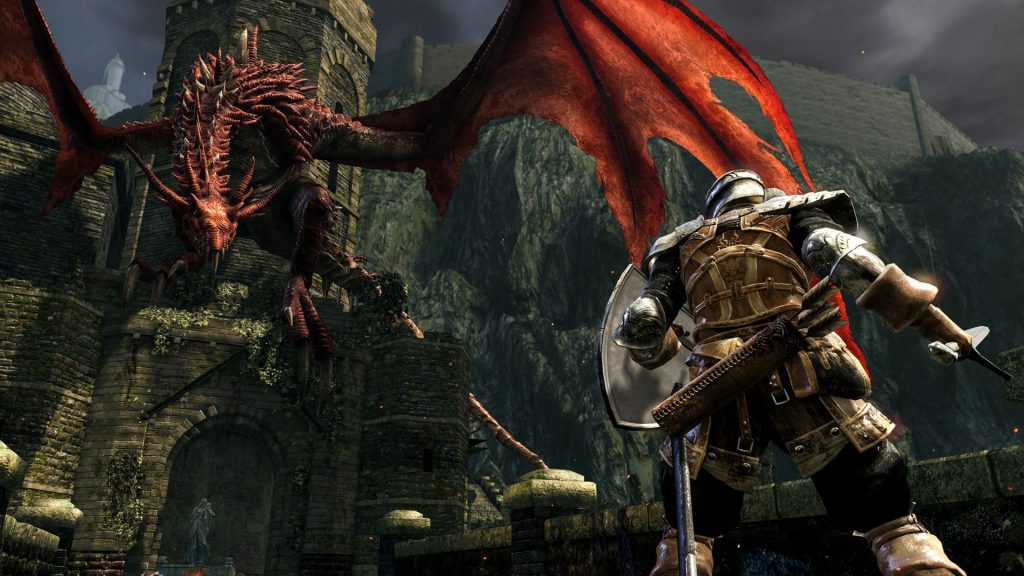 You hear the term ‘Souls’ in gaming and a few things come to mind. Dark Souls probably comes first, then Bloodborne, maybe Demon’s Souls, etc etc. With three weeks passing since the release of Elden Ring, it’s certainly the latest hot topic in gaming as well.

For those not in the know, Souls games are typically those that have a much higher difficulty than other action RPGs and are characterised by a few common traits. Those are usually a series of checkpoints as you progress, where resting allows you to level up your character as well as resetting all enemies previously defeated around you; resources gained from defeating enemies can be used as a currency and as experience points to level up, a dark, grim world, and overall challenging combat. The games previously mentioned are where the name comes from, as they seem to be the catalyst for this ‘genre’.

Popular ‘Soulslike’ games include Nioh, Jedi: Fallen Order, Code Vein, and Remnant: From the Ashes. Most games that follow this structure retain some features, but there’s many things that, in my eyes, do not allow any game to ever perfectly emulate the Souls series.

As I was playing Jedi: Fallen Order for the first time, I was loving the game. It was challenging and felt open enough for exploration, yet linear enough that I did not feel bored moving between areas. I was frankly surprised when I heard people compare it to the Souls games, it felt nothing alike to me. When I saw numerous peoples’ points as to why it was a ‘Soulslike’, I was slightly disappointed. Their argument was focused around it being challenging, having checkpoints and exp points, and, I kid you not, a ‘dodge roll’.

That’s right everyone, if you can roll in your game, you’re basically ripping off Souls games. I’d understand the comparisons to FromSoftware’s other game, Sekiro, as there are actual similarities – reliance on parrying, faster, more fluid combat, and a higher focus on platforming and mobility overall.

As for Remnant, it’s astounding any comparisons are made at all. The game is slightly more difficult for its genre, it has checkpoints and yes, you can roll. That’s where the similarities end. Perhaps they mean an obscure story, where you need to explore more thoroughly for the lore? The game is also completely linear, there’s a couple branching paths due to each run being randomised in areas, but there is no true exploration element to the game. Not to say Remnant isn’t fun, I’ve played it twice with friends and it’s a great time.

But I digress. What truly defines a Souls game? 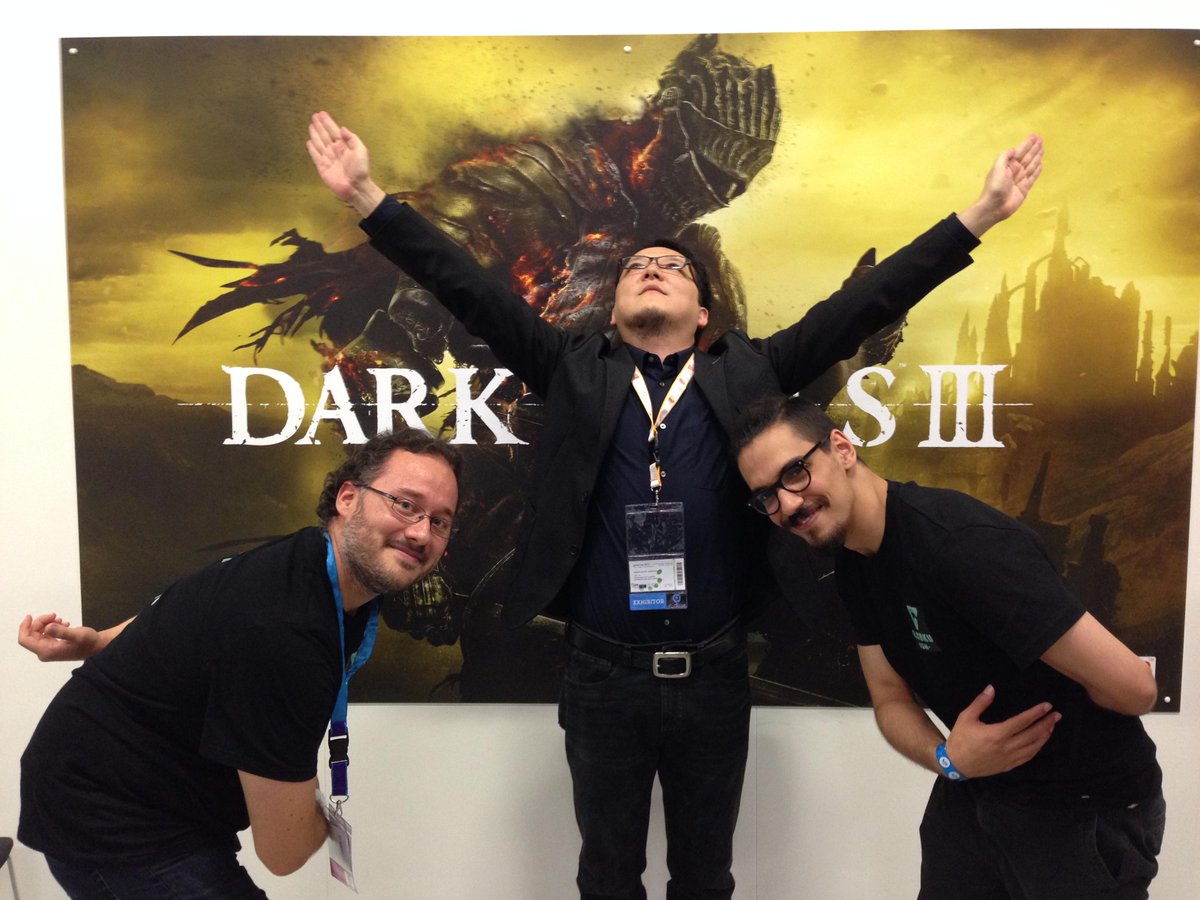 I recently saw a thread on Twitter that broke down this point exactly, and while I can’t find it again, I can briefly explain the point – with which I completely agree. What makes Souls games what they are is their creator, and his creative design. It’s not simply that his games are dark and set in dystopian environments, or that the story is obscure and complicated, or that there’s just horrible monsters all over the place and the games are very hard. He has his own personal touch on every little thing, and it’s not because he has a depressing vision for his work.

It’s because he has fun.

He genuinely loves what he creates, and even finds it hilarious. Things that players find frustrating, he laughs at, enemies that seem horrific are more of a joke to him. Isn’t that admirable? And that’s where others fail to grasp what makes a Souls game. All they do is just make up a grimdark world and omit the story, make combat difficult and chuck in checkpoints, RPG elements, blah blah blah. There are some games that do really try to have the same pull that the Souls series does, and I’m sure the creators worked very hard. But I feel that nothing else in the genre will grip players like Dark Souls originally did, like Bloodborne did, like Elden Ring currently is doing.

It’s the worlds he creates that players fall in love with, it’s not just gameplay. The fact that, for an action RPG, Dark Souls transcended everything traditional for the time, letting the player find out everything for themselves, and the fact that it had endless amounts of lore hidden in every small area, every item and weapon collected – that’s what kept players coming back.

But this isn’t what irritates me most, companies are simply following a gaming genre trend, happens all the time. No, what’s the absolute worst is the labelling. “____ is the Dark Souls of ____.” How many times have you heard that phrase regurgitated by game journalists? It makes my skin crawl, comparing games that have absolutely nothing to do with Souls games.

Because of this, I feel like game developers think that they need to emulate popular games of the genre in order to garner attention. Leading to, as mentioned before, a far less fun game trying its best to be Souls. It feels like when a kid at school doesn’t know what to do and just follows around the cool people and tries to act like them.

This isn’t to discourage aspiring developers, you can definitely create something that is just like Dark Souls, but maybe try to aim for the lovable parts rather than just the popular parts. Don’t aspire to just be like something else, do what makes it fun for you. Truthfully, I don’t think the original Dark Souls was a good game, but rather a good experience. I think most people can agree that it was very rough in most places, and while you can get much better at it, it doesn’t change that a lot of areas felt poorly made or just downright frustrating. The fact that it did as well as it did and became so well-loved was that, despite how detestable parts of the game were, it was made with the creator’s genuine love and joy. Miyazaki finds his work genuinely funny, he never intended for the series to take off quite like it did, and that makes him one of the most inspiring and talented creators out there.

We all know he takes heavy inspiration from Berserk, which is accredited as one of the darkest pieces of fiction in modern art. But, upon reading Berserk, for every awful, horrendous moment, there’s also maybe just a single panel that is a funny joke, even with the most serious of characters. Miyazaki knows exactly what he’s doing, but he doesn’t adjust himself to suit a player, he makes a world and expects you to adjust to it. This is the core reason why ‘Soulslikes’ will never be what they’re trying to imitate, they try far too hard.

All in all, it’s best to reiterate that this should not be a genre name. It’s about as accurate as most things described as ‘Lovecraftian’ for having weird monsters in it, missing the point of the writing entirely. You can borrow parts of the Souls series as much as you like, but nothing can truly compare to what they do.

And a truly final note, laugh at games more. Especially the Souls series, playing Elden Ring has been one of the most truly funny gaming experiences I’ve ever had. The fact that I will ride my horse through a swamp and awaken a monstrous lobster, speed away for 20 seconds and then get shot by its sniper projectile about 300 metres away is hilarious to me, and I think that’s what Miyazaki loves most about his games.

I implore you, enjoy your games for what they are, not what they’re trying to be.