Hilma af Klint: A Guide to the First Abstract Painter 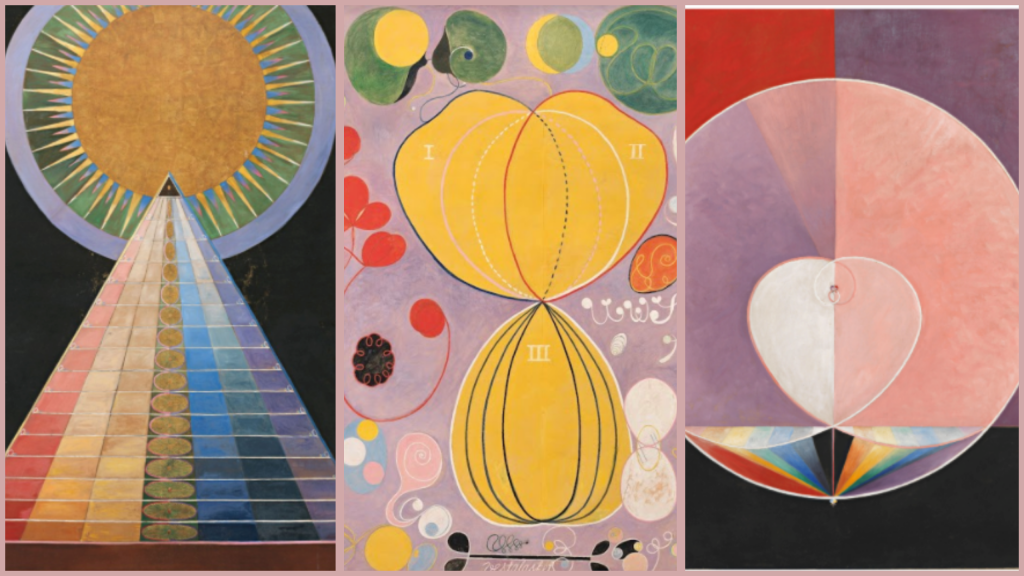 In 1935, Wassily Kandinsky wrote to his gallerist in New York to proclaim that he’d created the first abstract painting back in 1911. It’s the top result when you google ‘first abstract painter’, but the likes of Mondrian or Picasso are never far behind.

Unsurprisingly, it’s a very male-dominated field and the artist whose spectral work is usually overlooked was a Swedish woman: Hilma af Klint. 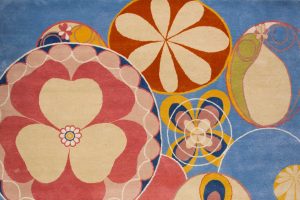 The Occult and af Klint

At the age of 20, she began studying at the Royal Academy of Fine Arts in Stockholm- one of the first women to do so. Most of her painting was focused on fairly pedestrian landscapes and portraits, but it was a commission from another realm that made her become one of the most innovative painters of the last 200 years.

After the death of her 10-year old sister, Hilma began to show an interest in the occult. With a group of 4 other female artists, collectively known as ‘The Five’, she started conducting seances. During one of her rituals, a being called Amaliel ‘commissioned’ her to paint ‘an astral plane’ and ‘the immortal aspects of man’. She followed the spirit’s instructions and began a series of 193 paintings, known as ‘Paintings for the Temple’.

It would be easy to dismiss the séance as mental illness, grief, woo-woo hippy mysticism or a made-up story, but occultist beliefs were in-vogue during the early 20th century. The work of Charles Darwin and increasingly common scientific advancements were unlocking answers to the fundamental questions of our universe. Yet, in the face of uncertainty much of Europe’s creative class turned to esoteric belief systems.

And so, Hilma set about building the temple. 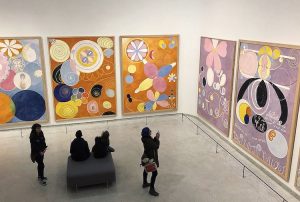 It was these shapeless, formless works of art which opened a new language of artistic expression; a void of unrecognisable images. Their technicolour universe alludes to, and swerves around the patterns our brains search for, building a mirrored room of shapes and geometries, recalibrating order and floating like amoebas stuck in space; blobs of colour like germs in a petri-dish, bending and convexing over fleshy backgrounds and flexuous pathways.

For Hilma, the paintings painted themselves, “I had no idea what they were supposed to depict… I worked swiftly and surely, without changing a single brush stroke.”

Whatever it was that Ameleil told her, or symptoms of grief told her, her work wasn’t properly recognised until 1986, 20 years after her death. A Swedish mystic, 19th century vegetarian and a woman who only wore black, Hilma was a true outsider artist. She moved beyond the realms of contemporary expression and made something which was almost entirely her own. Luckily, she’s had a bit of a resurgence and her work has been shown all over the world.

Let’s keep it that way.