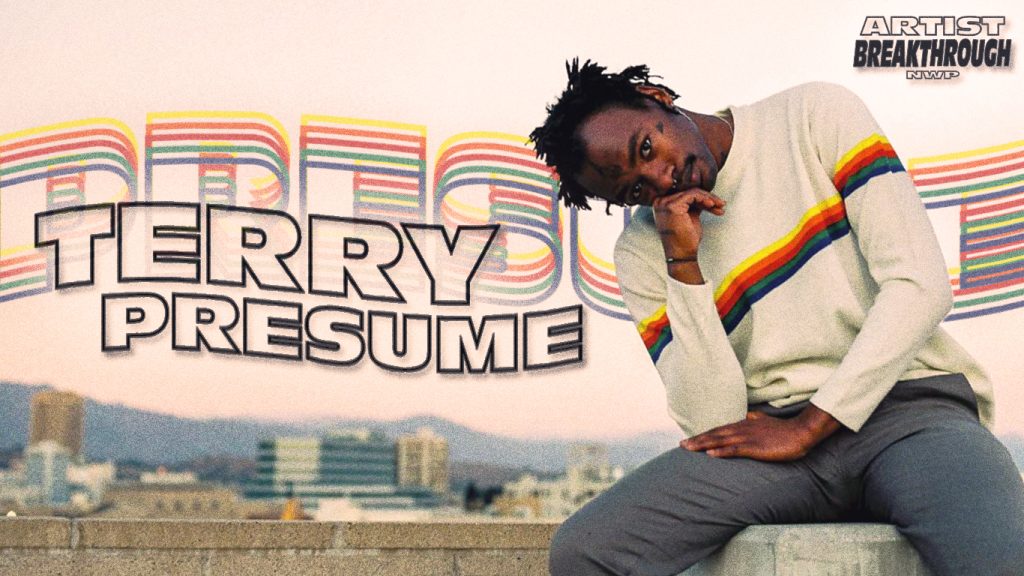 After releasing a handful of Artist Breakthrough articles, I’ve decided to switch things up and start to focus predominantly on lesser-known artists. Countless talented artists, musicians, and producers are still finding their feet and building their fanbase, often unsigned and underappreciated. This is the primary drive behind Artist Breakthrough, to create a collective full of musicians and music lovers – to help you discover new music, make connections, and join a community.

So, to begin our endeavour, this week’s Artist Breakthrough feature is 26-year-old, Florida raised artist, Terry Presume. Both eclectic and enigmatic, Presume (pronounced like résumé with a ‘p’) has so far proven the intention behind his musical releases: he aims to contradict traditional commercial appeal with his maximalist release strategy, whilst also abolishing the idea of ‘genre’ as we know it.

Even as a fairly new artist, Terry Presume has already made his mark in the music industry – his free flowing, distinctive approach to music is both refreshing and fascinating. And he manages stay true to his beliefs whilst providing listeners with a unique, quirky, multidimensional fusion of familiar sounds.

Raised in the nested community of Golden Gate, Terry Presume grew up surrounded by music – from the classic R&B that lined his community, to Eminem and 50 Cent, to the Haitian Kompa music that his mother played to him. According to Acclaim, he began writing poetry at age 8, and by age 11 he had already taught himself how to write and produce music. He excelled in his creative outlets, using them to navigate the different cultures and worlds that he straddled whilst growing up.

According to Terrorbird, Presume actually recorded his first verse at age 11, at an older friend’s house. He remembers being welcomed at school the next day with ‘accolades about his freestyle’, which solidified his passion for making music.

Terry began recording music with his friend at age 13, out of a makeshift bedroom studio – starting with a remix to Lil Wayne’s ‘Phone Home’. After years and hundereds of recorded songs, Terry developed the voice he uses today. He had a lot of troubles growing up, and explains that many don’t have a medium ‘to release the inner tensions that they have within themselves, and I feel like that’s what music is for me’.

As he grew older, Terry moved to LA with big hopes and only $200. He became entirely committed to music and his own sense of self, resulting in a style of music entirely led by his emotions and lived experiences – not by genre.

Terry Presume’s music has been described as ‘unpolished for a reason’. Terry’s ‘indifference to, or even neglect of commercial appeal is both admirable and appealing’. His maximalist approach to releasing music falls perfectly in line with the sole reason behind his music: to communicate a stream of consciousness.

Unlike many other musicians who follow a detailed release plan, Terry describes himself as an ‘in-the-moment artist’. His intuitive approach encapsulates his perspective, feelings, and experience at any given moment, that’s what makes Terry’s music so uniquely beautiful.

After countless releases on SoundCloud, Terry released his Debut EP in 2021, What Box? The EP gives fans an insight into his feelings at the time of recording. Within the 6 tracks Terry showcases his dynamic abilities: his contrasting, athletic vocal flows; his range of genuine emotional reflection; and his exploration of various sonic styles really make the EP what it is.

Terry speaks with Notion, who emphasises his ability to ‘harness any sonic language of his choosing and put his stamp on it’. Terry describes his release, ZaZa and Some Runtz, as a ‘moment’ – warning fans to avoid getting too attached, as his style changes all the time. He came up with the hook on the spot and went from there, which mirrors  his usual writing process – it begins with a freestyle, then he writes around that.

Terry tells Complex that he feels good about his new music, ‘it’s my life and slowly becoming my sound’. He explains that he just wants to get his music out to the world, he has it ready to go. For his future, he wishes simply to be surrounded by trustworthy people in the industry who want what’s best for him.

I hope we hear more of Terry Presume! Have you listened yet?