The Book of Boba Fett: A treat for fans of all eras of Star Wars (sort of) 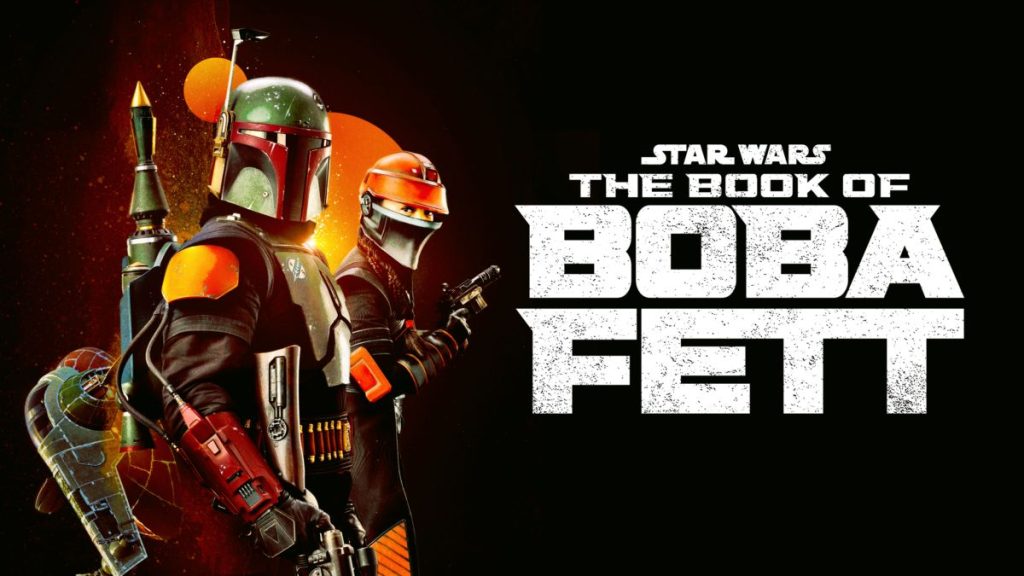 I have been a fan of Star Wars pretty much my whole life. The prequel trilogy came out when I was growing up as did the Clone Wars animated tv show. To say Star Wars was a big part of my youth would be a fair statement. But as the years went on, the latest three films hit cinemas and I quickly became disinterested in the latest Disney products. The new trilogy, while not being terrible, just didn’t feel like Star Wars to me. Thankfully, Disney started production on many tv shows centred in the Star Wars universe; the latest being the book of Boba Fett. The show being the second major live action series, coming after the insanely successful The Mandalorian, it had a lot to live up to. It certainly was a treat for all Star Wars fans in some way or another but for me, it had plenty of problems and I’m sure many other fans will feel the same way too.

Overview and what I liked about the show (spoiler free)

First of the visuals are impeccable. The use of CGI with the live action actors and sets are blended seamlessly to create instantly believable sci fi environments. The world building in the show is also admirable for the brilliant use of the planet Tatooine and its inhabitants. It shows many known and loved species like the Jawas and the Tuscan raiders from a new perspective, humanising even the most barbaric species of the Star Wars universe. Banthas and the terrifying Rancor are rendered in such realistic and believable detail, really showing off how far computer-generated graphics have come.

But no Star Wars show would be complete without action and Boba Fett delivers. The set piece spectacles and the fighting is done extremely well, there are many breath-taking sequences throughout the shows run time that keep you on edge of your seat, entertained the whole way through. Though what’s more important are the great emotional moments following our characters as the story builds towards its dramatic crescendo, but I have kept this brief overview spoiler free to let you watch the show for yourself.

I’ve been a Star Wars fan my whole life and have watched and read most but not all supplementary media about Star Wars. That being the 9 main line films, the 2 spin off films, the multiple animated series, and the man many books, novels and comics set in the Star Wars universe and extended and legends universes. So, in how I see or felt about the show may be completely different to someone else’s. Let’s dive into spoilers…

I have fundamental problem with the show: To me personally, Boba was a should stay dead in the Sarlacc pit. The show does justify his return, but this is just another instance of bringing a fan favourite character back…just because. They did the same thing to bring back Darth Maul, a character who also died a sudden but befitting death. Just because they didn’t get “enough” screentime doesn’t mean we should back track just to appease some fans. I’m sure the vast majority of the fan base, is and will be fine with this, but some take slight offence to it. Personally, I can overlook this because of the show gives me more than enough to enjoy, but my next point I simply can’t. My main issue with the show is how Boba is ultimately portrayed. Temuera Morrison reprises his role from the prequels, where he played Jango Fett (Boba’s clone) who actually does an outstanding job but it’s not how he is played. It’s the character he is playing. Jango and Boba were the greatest and most feared bounty hunters in Star Wars lore. And in the show, he is an absolute beast making light work of most foes. But he is the good guy. This is justified through his character development and bond with the Tuscan raiders but even so. I just can’t get fully get immersed and root for this cold-hearted murderer just because he’s shown in a good light. This is the same man that, in a clone wars episode tried to assassinate Mace Windu by blowing up his ship. When he was a child I might add, but 10 years or so later and I’m being shown him as the hero, it is somewhat jarring to say the least.

One other big outstanding missed opportunity in my eyes is the misuse and quick demise of the bounty hunter Cad Bane. He is also a personal favourite character of mine from the Clone Wars animated show, at one point also teaching and mentoring a young Boba. So, for him to get such little screen time and such an abrupt end I feel as such a waste. Saying that he was not definitively killed, being last we see him his chest has light still blinking. Illuding to him maybe not being dead, but even if he does return, I feel like he should have had a much more prominent role.

Another glaring issue with show was the fact that out of the 7-episode run time, at least 2 of the episodes were dedicated to the Mandalorian and baby Yoda or Grogu. Don’t get me wrong I loved The Mandalorian, and I absolutely adore baby Yoda, but I think the show would have benefited by keeping its focus solely Boba Fett. I also had personal issues of the scenes with Luke and Grogu, but I feel many would not care and overlook my gripes. But I don’t think Grogu should have taken the chain mail. Just the thought of baby Yoda wielding Yoda’s iconic lightsabre is insane but to be that close and have it not happened. I feel as if it was an absolute slap in the face, which being they don’t ever let him wield it, but I doubt they ever will now.

Apart from these issues I really enjoyed the show for what it is and was able to look past personal bias and just have a blast watching it. It also had so many great and amusing call backs and cameos that many I’m sure missed entirely.

The show is absolutely filled to the brim with nods to previous works and characters across the long running Star Wars timeline. Obvious ones like Cad Bane really surprised and made me happy to see clone wars characters come to life in live action. Ashoka is also a favourite of mine and is great to see hear again after debuting in the Mandalorian. Luke Skywalker also makes a return in the series; Mark Hamill came back to lend his voice to the role aided by CGI to help animate a young Luke for the production and personally I think it done admirably well. Even if he looks a bit robotic, and does look a bit unnatural and distracting in every scene he appears in. Plenty of well and not so well-known droids made an appearance such as, one of the most famous droids R2 D2 and a personal favourite BD1 who starred in the video game Star Wars Fallen Order. I loved this game and seeing a droid from a game I loved to play through was really a treat and got a smile from me while watching.

The show also featured an obligatory Wilhelm scream, a prerequisite of anything Star Wars is that I must include a Wilhelm scream. Which started all the way back on the original trilogy in the 80s. The 7 episodes were all directed by different directors, who managed to reference not only previous Star Wars films but their own filmography as well. One great example is episode 7 where Boba and the Mandalorian shoot down a pike soldier in a scene that looks eerily like a scene in Robert Rodriguez’s flick desperado.

My final thoughts of the show are conflicting. On the surface and taking away any lore and bias associated, it is an outstanding looking and written journey following one of the most badass characters in Star Wars history. But on the other hand, it really doesn’t feel like the same Boba Fett I grew up with. It was a bitter pill to swallow watching it, but despite this I truly enjoyed every second.

If you are a fan of all eras of Star Wars, there really is a lot to love about this show. So, watch it and tell us your opinion of it.