Wrestling Games: What’s On The Horizon? 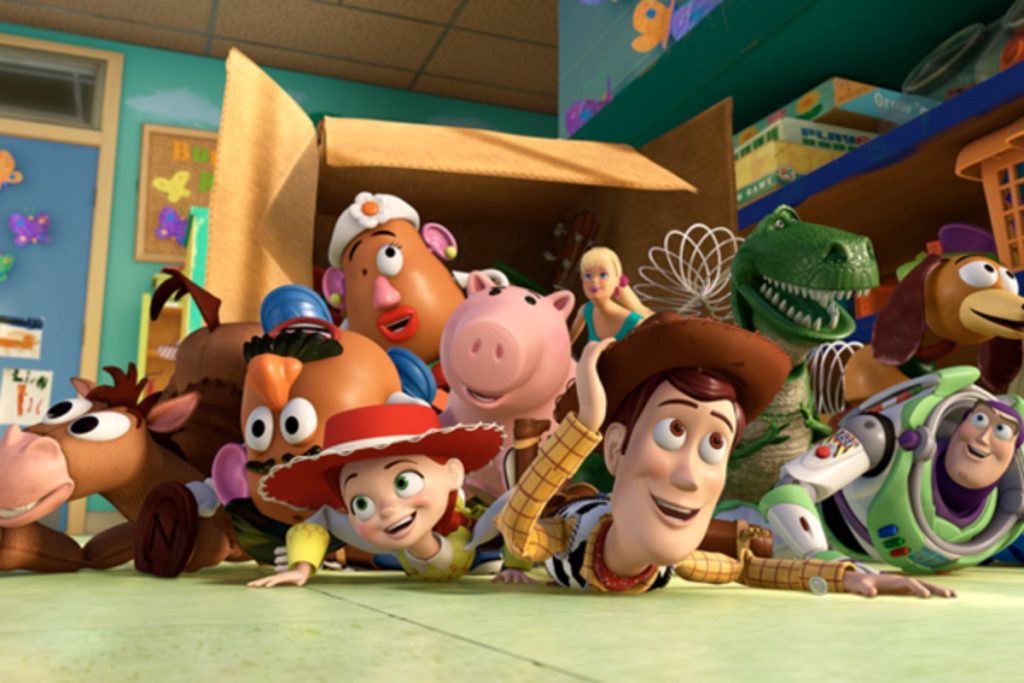 The year is 1995, Take That were ruling the charts, Sony released their first Playstation, and Bridget Jones debuted in a newspaper column. While all of that was happening, a certain squad of toys were being computer generated in the States. I am of course, talking about Toy Story.

The saga kicked off in the mid-nineties, where Andy’s toys came to life whenever he was away. It’s a GENIUS idea, really, because we were all playing with our toys as children, so it’s a universal theory that Pixar put out into the universe – what DO our toys do when we our not around?

It also started the mega merchandise madness of kids wanting to own the very same toys from the film, so Disney made them. So they could play with the toys while watching them, an amazing way to interact with the franchise.

The sequel came just before the new millennium and brought along quirky Joan Cusack to voice cowgirl Jessie. This prompts another merchandising triumph: costumes. For over 20 years kids and indeed adults have attended costume parties and dress up days in extremely recognisable uniforms from the Toy Story dimension.

I would also love to mention the Potato Heads: that is fiction forming into facts when these toys were materialised. Just imagine a child piecing together their own Potato Head and feeling included in this universe.

We began the 2010’s with the third instalment of the famous toys’ adventures. This time, Andy was off to Uni, and it was vital that the creators of Toy Story allowed Andy to grow up, unlike other animated shows where the characters stay the same age. That’s because the audience who watched the first movie, would also be of University age, so the emotional scenes hit home a lot harder.

The merch from this particular film was lovable Lotso bear. Every child loves a soft plushie, and pixar launched Lotso to the masses.

Another shout out to the pet piggy bank known as Hamm; I respect Pixar’s ingenuity here for incorporating something kids MAY have in their room that is not necessarily a toy. I’m sure it taught youngsters to save up any cash or coins they got from cards and transformed them into the business professionals of today.

Then we were blessed with a fourth portion of this behemoth movie bonanza in 2019. The exceptional thing about this film, is they actually updated Little Bo Peep’s look! Yep, gone is the frilly pink ball gown from the start of this saga because more and more female viewers were becoming exhausted with yet ANOTHER princess-y character. So Bo Peep had a Stars In Their Eyes moment, and out of the smoke came a warrior in a fierce popping blue pantsuit with a spear instead of a sheep staff.

Toy Story also introduced Sporky: a plastic spork with googly eyes and pipe cleaner limbs. This certainly got kids stuck into arts and crafts by wanting to create their own Sporky. Pixar were quite crafty themselves with this one as the audience were making the merchandise, less hassle for Pixar. I know what they’re playing at.

So for over a quarter of a century, there have been many Toy Story products to hit our shelves and shops and I for one am very grateful for my Jessie costume that I wore for multiple dress-up days at school until the buttons popped off.

Are YOU a fan of Toy Story? Let us know in the comments section below.

Devising Scares: A Guide to Horror

Is there a purpose to gratuitous violence in fiction?

Marvel’s Guardians of the Galaxy Review