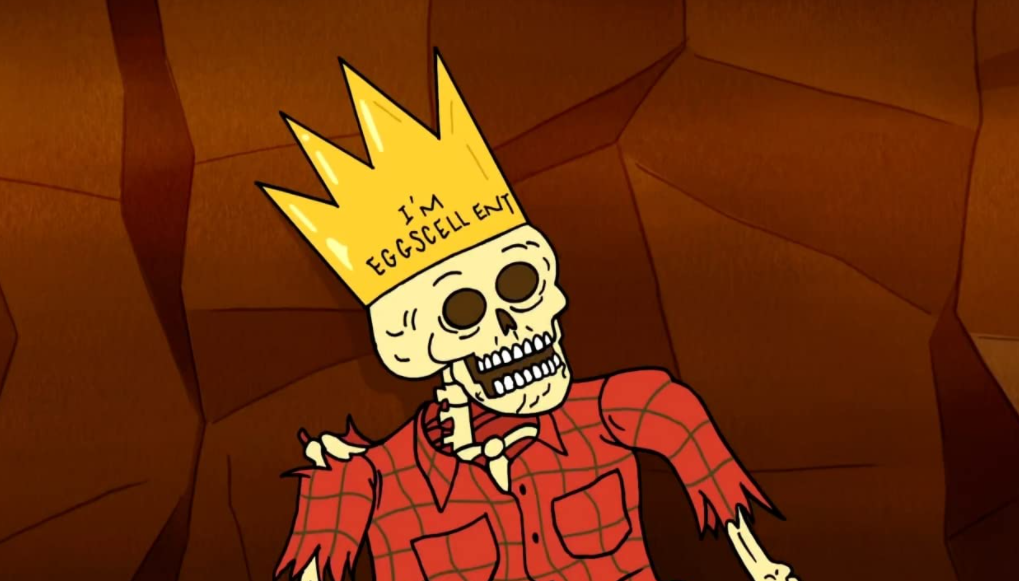 We’ve all got favourite television shows and genres, and if you’ve read my other article on my favourite comedy films, you know what’s happening! Comedy is very subjective and I have an awful sense of humour so I thought it’d be funny to share some of my favourite TV shows! Warning: spoilers ahead! Trigger warning: mention of drugs

We’ll start off strong with my favourite sitcom of all time, Arrested Development. This show follows the Bluth family, a rich family whose business is failing and the middlest son Michael Bluth (Jason Bateman) trying to keep it together. Their father, George Sr. (Jeffrey Tambor) is imprisoned for embezzling money so the family’s assets are frozen, causing them to panic and leaving Michael to fix it. Their snobby mother, Lucille (Jessica Walter), struggles to keep up with appearances, the oldest brother Gob (Will Arnett) becomes a failing magician, the youngest brother Buster (Tony Hale) stops his extra-curricular courses and lives with Lucille, and the sister Lindsay (Portia de Rossi) struggles through a divorce with her psychiatrist-turned-actor husband Tobias (David Cross). Each episode follows the family through their sheltered lives in different crazy scenarios and how Michael tries to fix it, as well as keeping his son George Michael (Michael Cera) and his niece Maeby (Alia Shawkat) relatively normal.

I love this show so much I’ve seen it more times than I can count! The first three seasons are my favourite as I love the comedy and filming style. Although the later two seasons keep with the same format, the original three are really special. I’d say Gob is my favourite character as I love his little chicken dance which is shown perfectly in my favourite episode ‘¡Amigos!’. 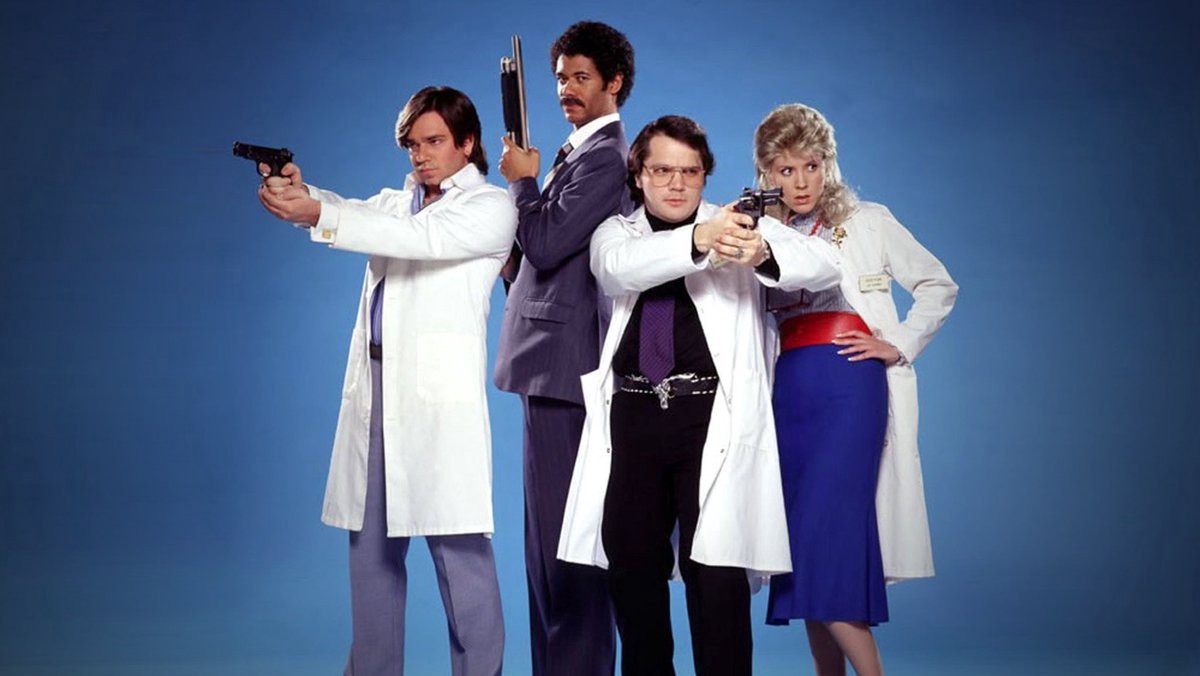 Garth Marenghi’s Darkplace is a horror parody series created by Richard Ayoade and Matthew Holness. Essentially, it’s a show-within-a-show, and presents Garth Marenghi’s Darkplace as if it were a real, poorly made, low budget TV show produced in the 1980’s that has only just been aired, and framed as part of a director’s commentary series. It shows intentionally bad production, acting, editing, special effects, as well as flawed and unanswered storylines, all being cut between present-day interviews of the cast. The show’s fictional story was that in the 80’s Garth Marenghi and his publicist made their own show, which was set in Darkplace Hospital and follows the life of Dr. Rick Dagless as he fights ‘forces of the darkness’ while trying to cope with the pressures of everyday life. The plot may sound a little confusing but it’s easy to get the hang of once watching. It only ran for one season which had six episodes, making it a very quick show to finish.

Although this show originally had low ratings it’s gathered a significant internet following which it deserves! I was really surprised with how much I liked this show as it’s a little unknown and I wasn’t sure about the story, but I’m so glad I watched it! If you’re looking for a satirical horror show this one’s for you! 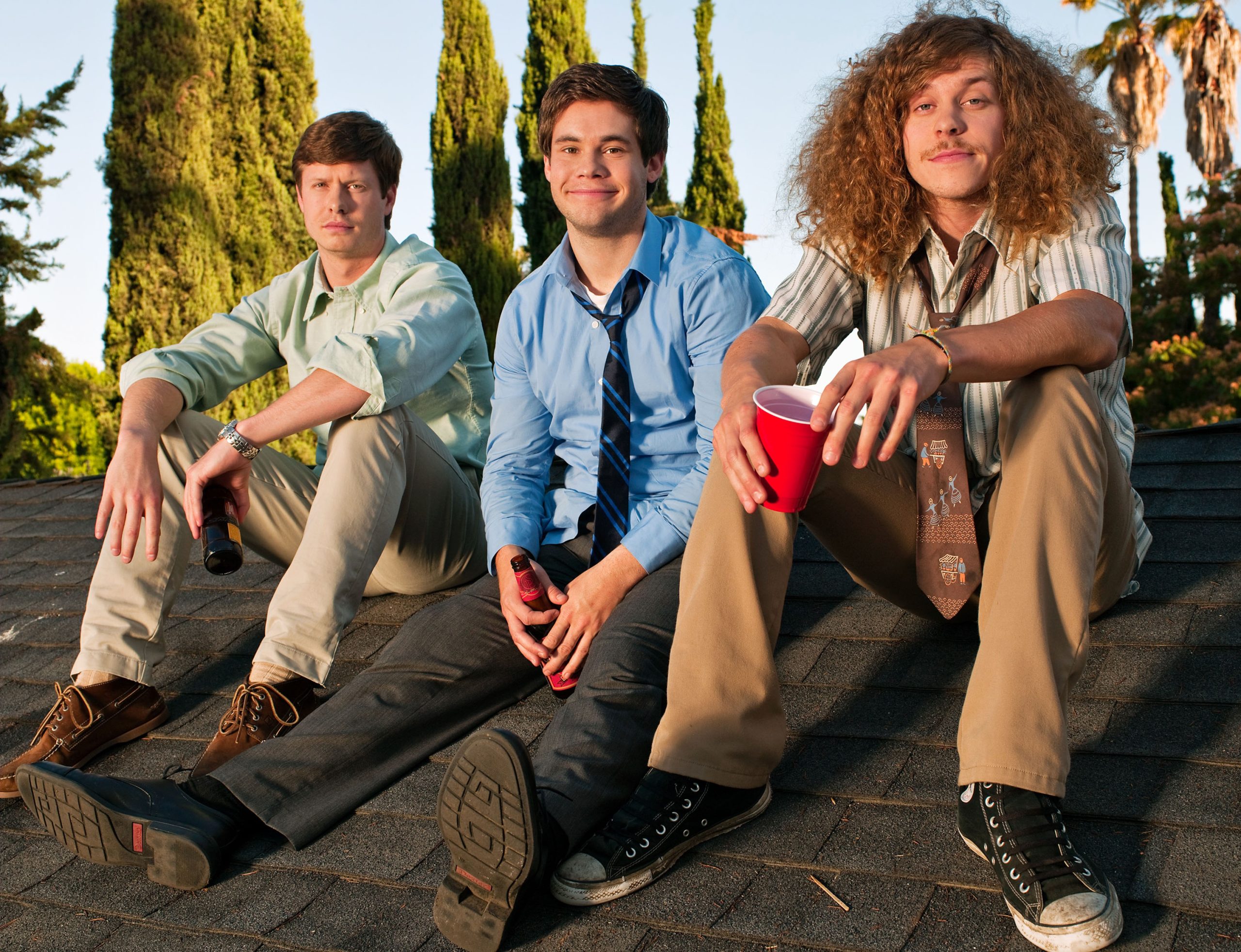 Workaholics is another sitcom I love deeply! It stars 4 of the writers and creators and follows their lives as they try to juggle work with their hectic lifestyle. The main characters all met in college with Adam (Adam DeVine) and Blake (Blake Anderson) being roommates and Anders (Anders Holm) as their resident assistant. The three live together in California where they drink, do drugs, and party. Each episode involves them getting into some kind of mess and struggling to find a way out, typically while trying not to get fired from their job. They all work in a cubicle together at a telemarketing company where they clash with their co-workers and boss, and after buying drugs from their friend Kyle (Kyle Newacheck) they attempt to stay sober throughout the work day. The premise of the show is relatively simple but it’s executed perfectly and the way the characters are played is so life-like it feels almost like a documentary.

Workaholics is definitely a hidden gem and deserves more recognition among the comedy community! I’ve really grown to love the characters and their stories as well as the style it’s written and filmed in, it’s got the classic sitcom style whilst adding elements of real-life. I have a lot of favourite episodes but one of the many is ‘The Business Trip’. 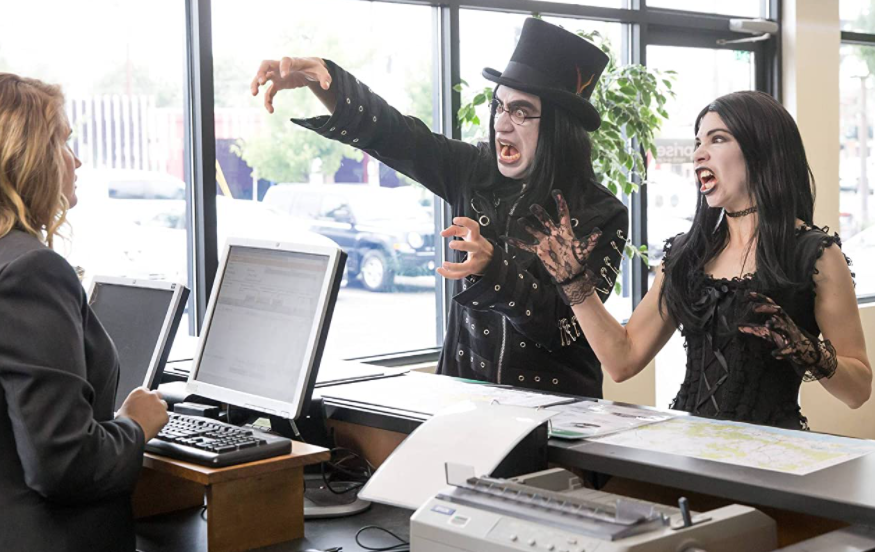 Portlandia is a sketch comedy series created and starred in by Carrie Brownstein and Fred Armisen, and is set around Portland, Oregon. Each episode is filled with different sketches with different characters played mostly by Carrie and Fred, including a naturalistic version of the actors as if they were living together as friends in Portland. Aside from those sketches, most of them involve the actors using makeup, costumes, and styles to depict each character they’re playing, including switching genders to play the couple Nina and Lance, and increasing or decreasing their ages to play the middle-aged couple Peter and Nance. The show also has a number recurring characters often played by celebrities, including Steve Buscemi as Fred and Carrie’s landlord and Jeff Goldblum as a shop owner of multiple shops. The show doesn’t follow a specific linear storyline with plot points and resolutions which is why it’s so refreshing to watch a show that doesn’t require you to understand everything about the story and characters.

This show is so refreshing and I love the fast-paced energy of it. I personally don’t have a long attention span so I love that Portlandia changes between scenes and characters so quickly and is super easy to pick up where you left off watching. I’ve only seen the show twice but I will definitely be watching it again soon! 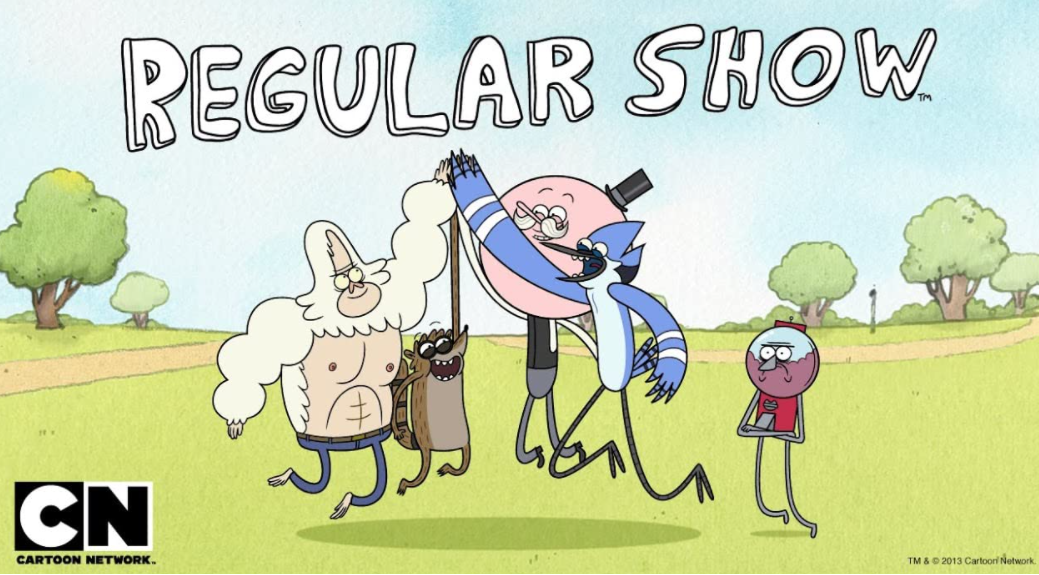 Finally, we have my favourite cartoon of all time, Regular Show. This show is about two best friends Mordecai, a blue jay, and Rigby, a raccoon, who live at a park and work there as groundskeepers. They spend most days trying to avoid work by playing video games and watching TV while attempting to prevent being fired by their angry boss, Benson, a gumball machine. Each episode usually starts with them slacking off work and messing something up, then trying to figure out a way to fix it before Benson finds out and using the help of the other groundskeepers: Muscle Man (a green human), Hi-Five Ghost (a ghost), Skips (a yeti), and Pops (an old man shaped as a lollipop). The episodes get more and more crazy the further into the show you watch and a common storyline is that they need to defeat an enemy before they destroy the world and only just beat them with seconds to spare or in the weirdest way, such as picking the correct hat after an egg-eating challenge.

I’ve been watching Regular Show ever since it came out in 2010 so it’s grown up with me and I have always loved it! You become so close to the characters and all the shenanigans that they get up to as well as having no clue as to where the journey of each episode will take. I recently watched the last few seasons again and really grew to love the direction the show took, as it’s very on-brand for all the characters to be teleported into space and have a fight-to-the-death battle in order to save the universe. Definitely my favourite cartoon, I’m just sad it’s finished!

Thanks for reading! What are your favourite comedy shows?