When We Were Young Festival Breakdown 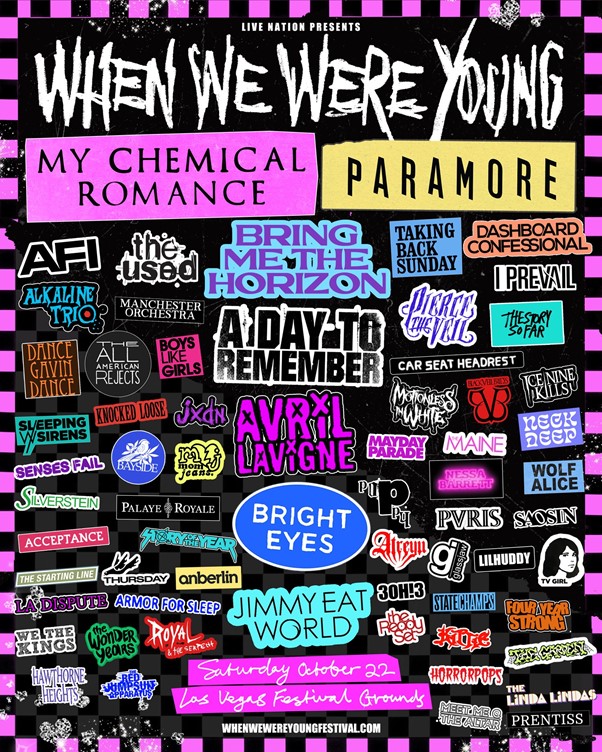 We’ve all heard the phrase ‘punk-rock is dead’, right? Whether it is or not, the phrase can easily be applied to other subcultures and sub-genres of music, certainly for the emo/scene subcultures of the early 00s. While they were never mainstream or massively popular by any stretch of the imagination, emo and scene were thriving subcultures in the 00s – considered the last true subcultures by some. But by the late 00s and early 2010s, their popularity had majorly declined and had begun to break down, with many of the bands and artists central to the subcultures disbanding, going on hiatus or changing their sound. While a small subset of artists remained along with many fans of those that had disbanded, ‘emo’ would never go back to what it had been.

This is why, when news of the ‘When We Were Young’ festival broke on January 18th of this year, many fans couldn’t quite believe that it was true. 62 of the biggest and best emo/pop-punk bands of the 00s all playing at one festival? It’s every emo fan’s dream come true. The subculture had started to make a comeback during the pandemic, particularly on TikTok where emo nostalgia has been getting somewhat popular. And that’s exactly what this festival is marketed towards.

‘When We Were Young’ is essentially an emo throwback festival, scheduled to take place on October 22, 2022, in Las Vegas at Las Vegas Festival Grounds. Tickets start from $244.99 for General Admission and go up to $519.99 for VIP tickets. Although currently sold-out, there is a waitlist.

The most notable thing about this festival is the line-up; a massive 62 bands are scheduled to play at the festival, originally over only one day, but the schedule has since been expanded to three days due to increased demand. It features what feels like every emo/pop-punk band of the 00s, certainly anyone who spent any time listening to Kerrang! in the 00s or 2010s will recognise at least 10 of these bands, it’s a who’s who of ‘elder emo’ bands.

Let’s take a look at some of the biggest ‘must see’ bands of the festival:

Of course, the biggest draw for this festival is its two main headliners, pop-punk giants My Chemical Romance and Paramore.

My Chemical Romance are the emo band, one of, if not the biggest bands of the subculture, known for their hit albums Three Cheers for Sweet Revenge and Welcome To The Black Parade. My Chemical Romance were reportedly a big draw for even the other artists playing at the festival and are, no doubt, the band that many of the attendees are going to want to see. After their breakup in 2013, it definitely seemed like any opportunity to see MCR live had passed but just before the pandemic, the band made a comeback to live shows, although this tour has been rescheduled due to the pandemic, and they haven’t yet released any new music. 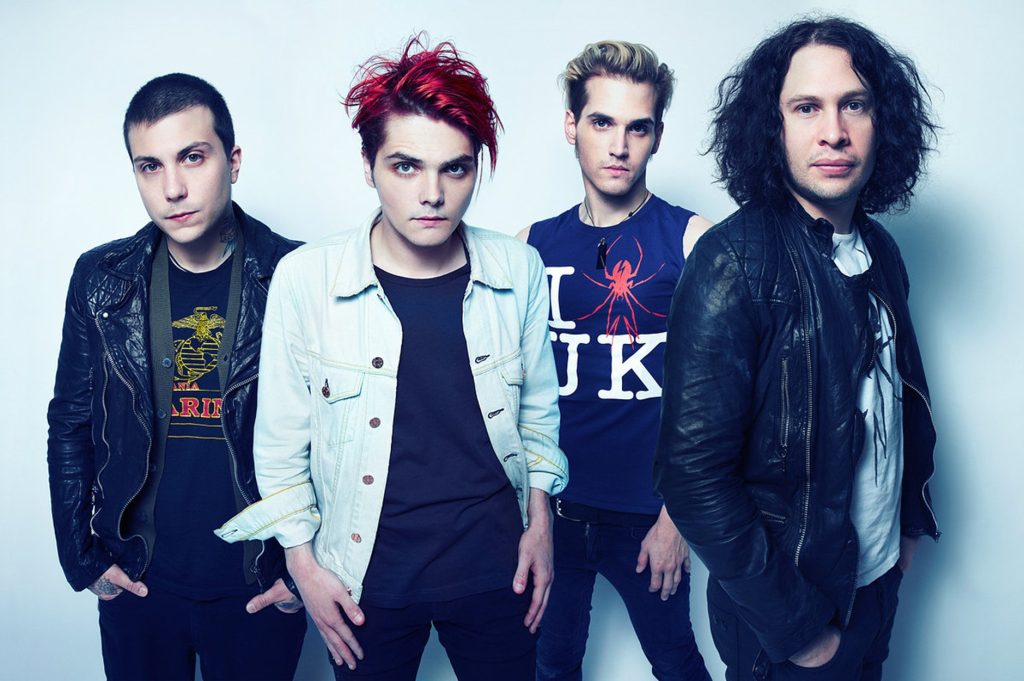 Paramore are also giants of the genre, well known for hit singles Ignorance, The Only Exception and featuring on the Twilight soundtrack. Their style has evolved over time from the pop-punk vibes of their first album Riot! to the synth-pop style of their latest album, After Laughter. While Paramore have never officially disbanded, they have often taken long hiatuses but are officially back in the studio working on a new album, their first since 2017. 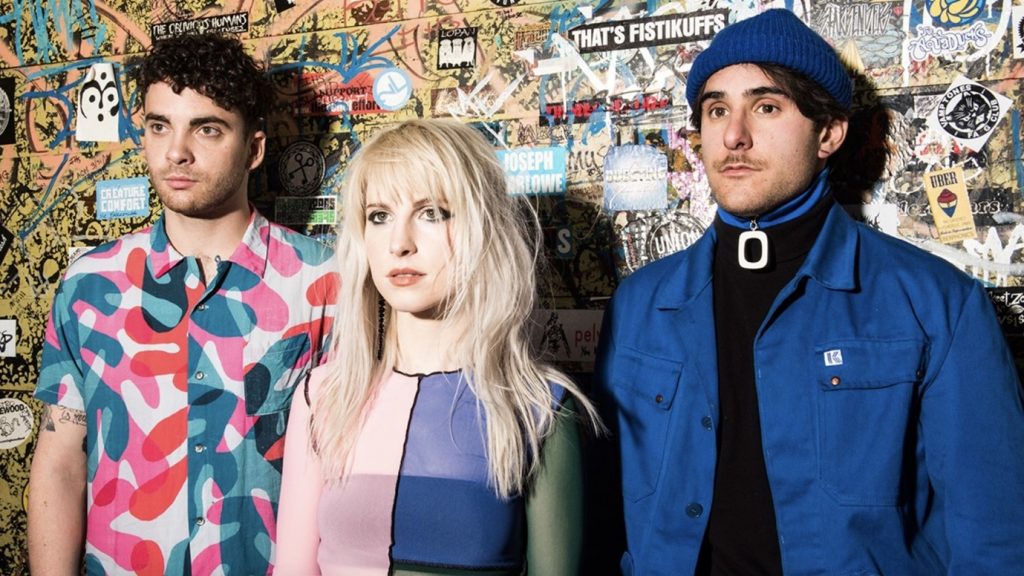 Other big-name emo bands like The Used, Jimmy Eat World, Taking Back Sunday, Dashboard Confessional, AFI and The All-American Rejects are set to play.

Another big name set to play is Avril Lavigne. While some wouldn’t consider Avril Lavigne’s sound to be ‘emo’, she is definitely one of the more well-known pop-punk artists of the 00s. Her songs Girlfriend, Complicated and of course, Sk8er Boi were big hits in the 00s and early 2010s. Now back from a 5-year hiatus due to her health, Avril Lavigne has released a new album Love Sux on 25th February of this year.

A host of other notable bands are set to play, from the heavier side of the subculture (A Day to Remember, Motionless In White, Bring Me The Horizon, and Black Veil Brides) to the poppier side of the subculture (Bright Eyes, Mayday Parade, Poppy, and PVRIS). With only three days and three stages, and such a stacked, exciting, line-up it’s going to be difficult for attendees to choose which bands to see.