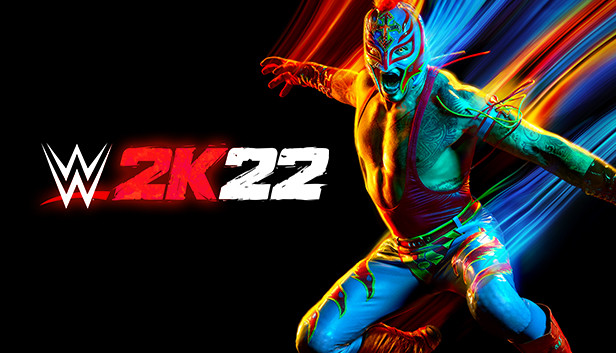 The recently released WWE 2K22 is the latest game in the series and the first after the abysmal 2K20. This meant to me that it was make or break time for the franchise, and to my surprise they did a great job.

2K20 and the controversy

WWE 2K20’s release is up among the absolute worst video game launches of all time. The game was shipped in an absolute horrid state and was filled to the brim with visual and physics glitches, game breaking bugs and unresponsive and sometimes outright broken menus. The game was simply a rushed release to meet the deadline set by the publisher. It needed a lot more time and effort to be even somewhat playable but as it happened, the game was released in its sorry state and was rightly panned by players and critics alike. Metacritic scored it 44/100 on average and GameSpot gave the game 2/10, showing how terrible the game was on release. The release and inevitable backlash from such a blatant corporate cash grab, 2K cancelled the following release of 2K21 to make sure that the following year’s 2K22 would be as good as it could possibly be. The extra year of development time should have been plenty of time for them to redeem themselves from the woeful 2K20.

With the added year of development time the game promised a slew of new features and complete overhauls. They rebuilt the game engine in the promise of smoother controls and greatly improved graphics. Saying that, the graphics on newer hardware is incredible, I’ve been playing on an Xbox Series X and at times you could almost mistake it for real life. Playing at 4k with a monitor that can display it really shows the hard work gone into the rebuilt engine. The gameplay is as promised a whole lot smoother than previous entries and even looks more fluid with the animations. Once again adding to that realistic look to the gameplay. The last advertised “improvement” is the brand-new control scheme. But instead of being all new, it just feels like they swapped a few buttons around and mostly it all is the same as previous entries in the series. All in all, these main improvements really did upgrade the experience and level of enjoyment of the game.

The game is packed full of game modes to ensure there’s always something to play. The modes include:

Play now, where you can set up a quick match of your choosing with any amount of people you chose. For example, you can set up a simple 1 on 1 normal match or a 30-man royal rumble or even an 8-man hell in a cell match. The possibilities are infinite but if you are playing solo, it definitely isn’t the best way to spend your time.

My Rise is the career mode of the game. Where you create your custom superstar and their custom move set to become a star in the world of pro wrestling. You start off training with NXT superstars and performing on indie shows, to then being on NXT and finally proving your worth on SmackDown or Raw. You can partake in storylines, get into rivalries, have title fights, and really live out your fantasies of being a WWE superstar. I’ve had a great time in the admittedly short time I’ve played it, but this mode comes with quite a strange but still huge caveat. The custom superstar you spent your time creating, customising, and upgrading, cannot be exported to be used in any other game mode. I’m sure to many this isn’t that big of an issue but if you have spent hours customising your superstar, it’s easy to see why it’s infuriating that they cannot be exported, especially when custom wrestlers are usable in every other game mode.

The returning My Universe mode is back and is the best it’s ever been. This mode you control the entire WWE universe and all its shows and pay per views. You control and manage NXT, SmackDown and Raw were you set up fights, the stipulations and you control who’s the champions of all the shows. It is a lot to take in at first but personally it’s best enjoyed with 2 or more friends controlling their own superstar and creating your own storylines. It’s most enjoyable fighting your friends in main events for titles or just messing with each other in stupid fights over nothing. The main enjoyment for me anyway is playing on the sofa with friends. Although this mode and the whole game is playable by yourself, I feel that most of the fun is sucked out fighting the computer nonstop. But with some friends you could honestly be playing all day long. The replay value is multiplied indefinitely because of the custom wrestlers. You can download custom wrestlers from other players leading to hilarious match ups. My favourites include Barney the dinosaur, The Batman and Donald Trump, this truly gives this mode infinite replay ability.

My Faction is a brand-new mode inspired by the NBA game mode My Team. It’s a game mode like FIFAs ultimate team where you open packs to collect cards of superstars with differing rarities and overalls, to then fight with and upgrade to earn currency and packs. I have not spent very long with this mode at all but from what I have played I am very intrigued to play more. You have a team of men and women, and you choose fights from an offline playlist or fight someone online. You can fight in seemingly any type of match in this mode, and before the fight you must choose one or more of your superstars to control and fight with. The superstars depending on rarity can be slightly upgraded if you complete the appropriate challenge to do so. This game mode certainly looks interesting but that’s all I seem to be aware of at this moment in time.

Finally, the last main game mode and returning fan favourite, My GM mode. This mode lets you live out your fantasy of being the general manager of a WWE show. You get to choose between being real life authority figures such as Stephanie McMahon or Sonia Deville or to create your own GM to take charge of one of the 3 WWE shows. After choosing from NXT, SmackDown and Raw, you then chose an opponent GM and their show. This is to give you competition in ratings and someone to strive to beat. You can also play player vs player in this mode which will undoubtably lead to an argument or two on the sofa. You must then partake in the superstar draft. You start with a certain amount of cash and must draft superstars to your roster to help you beat you opposing GM in ratings. The more well-known and popular names will cost more so pick your superstars wisely to ensure your show is a good one. You must also keep your money in mind seeing that it cost money to put on every show. This mode will test your ability at managing your brand and keeping on top of your enemies whilst keeping an eye on your money. My friends and I have played some of this mode but have found it more restricting than the universe mode. If you are playing alone, this mode is the most fun and challenging thing available but with friends, the universe mode wins hands down.

with all things considered especially after the car crash that was the previous game in the series, they really turned it around and pulled this one out the bag. In saying that, the game still has plenty of issues with its menus and subtle graphical and physics glitches. But with a bit more scrubbing up in a year or two this game franchise will be perfect. That’s if they don’t break anything along the way. But the future is looking bright for wresting fans or just fans of the games. For years wrestling games have been terrible and the butt of many jokes in the gaming community, but now I honestly couldn’t have expected more. The game really lived up to any expectations I had of it and really put to bed most, but not all the issues I had before. As noted, some menus and options flat out do not work and do not save your settings. Leading to long and confusing minutes wasted trying to get certain things to work as intended. One minor issue for me is the hair and the title belts. The game looks photo realistic but the second you see someone with hair below their shoulder or they have a title belt on their shoulder, all immersion is lost. While they rebuilt the engine, long hair still looks terrible and for some reason no matter who it is, the title belt floats above the wrestler’s shoulders. Admittedly these are 2 very minor issues but to me should have been phased out. But apart from these 3 criticisms this truly was worth the wait and is no doubt one of, if not the best wrestling game of all time.